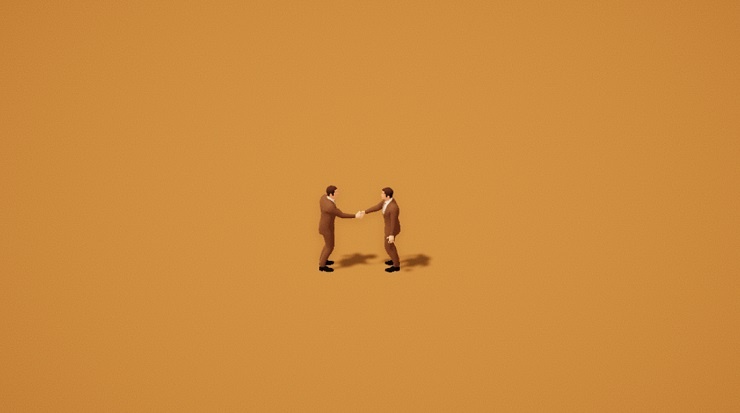 A Firm Handshake just wants you to walk up to someone and shake hands. Which should be a lot easier than it is, here.

Not that it comes up as much these days, but a handshake could be a real source of fear and worry for many folks, myself included. Handshakes can be key in landing interviews or making a first impression on someone you met. With so much pressure, it feels kind of unfair that they can go so wrong as well. Have you ever gotten your grip wrong and only managed to grab a bit of palm or their fingers. Then you’re just kind of stuff shaking a piece of their hand, both of you KNOWING that this is garbage? But you’re just stuck going through with it, because for some reason you all just accept that once the handshake starts, you can’t adjust or restart it 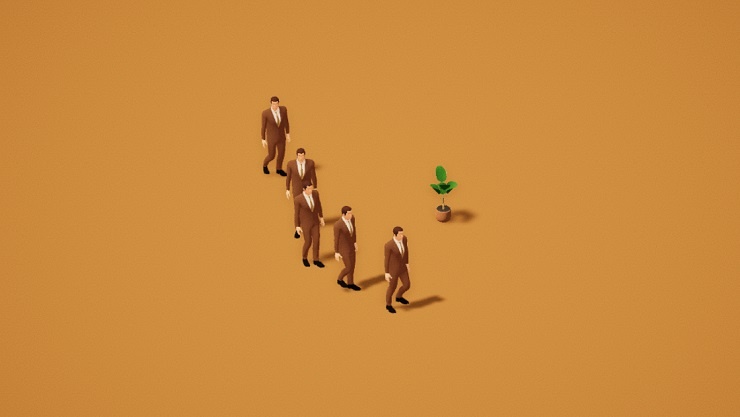 This game is all about that fear of something messing up your handshake. Sometimes, you just can’t find someone to shake your hand, folks rushing away from you to shake someone else’s hand as you struggle to make those vital handshake business connections. Maybe you have to shake hands right after getting up, making that impression when you’re half asleep. Worse, what if sumo wrestlers tried to stop you from shaking that boss’ hand? Something is always making trouble for that handshake, but you’ve got to see it through.

Silly as it is, A Firm Handshake uses that absurdity to capture some of the odd things that go into a handshake, and all of the power and communication that’s expected to go into it. It’s such a strangely important gesture, and it’s nice to see it explored with a little levity. 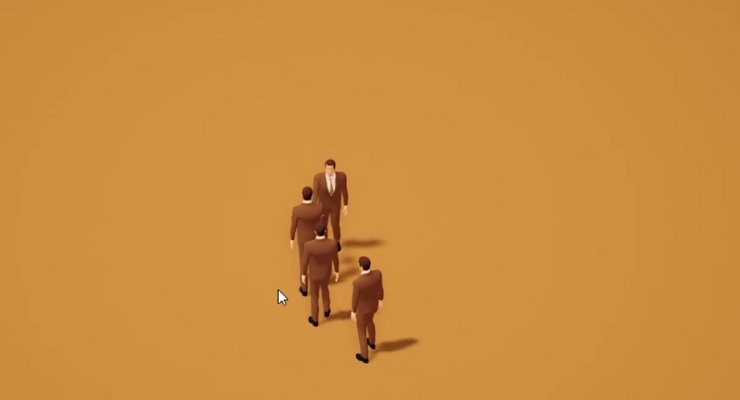 A Firm Handshake is available now (for whatever you wish to pay for it) on itch.io.