Six-time world champion M C Mary Kom settled for silver after enduring a tough defeat against Nazym Kyzaibay of Kazakhstan in the 51kg category final at the ongoing Asian Boxing Championship in Dubai.

The pugilist lost in a split 2-3 decision against the two-time world champion, which saw the Kazakhstan wrestler dominate most of the proceedings in the match.

This was the Indian’s second silver medal in total in the Asian circuit and has already bagged five gold on previous occasions.

Up against an opponent eleven years younger to her, the 38-year-old made an impressive start but failed to maintain the momentum as the contest progressed.

The Manipuri clinched the opening round comfortably, which saw Mary execute sharp counter-attacks. However, the following round completely belonged to the Kazakh, who outplayed the Indian and landed a series of punches.

Mary did show some intensity in the third and final round but failed to hold her opponent back, who produced a brilliant effort in the ring.

The Manipuri legend was rewarded a prize money of USD 5,000 for her exploits in the competition, while Kyzaibay earned extra by USD 10,000.

Kyzaibay is a two-time world champion and a six-time national champion, which clearly puts her persona as one of the fiercest pugilist across the globe.

Pooja Rani finishes off in style 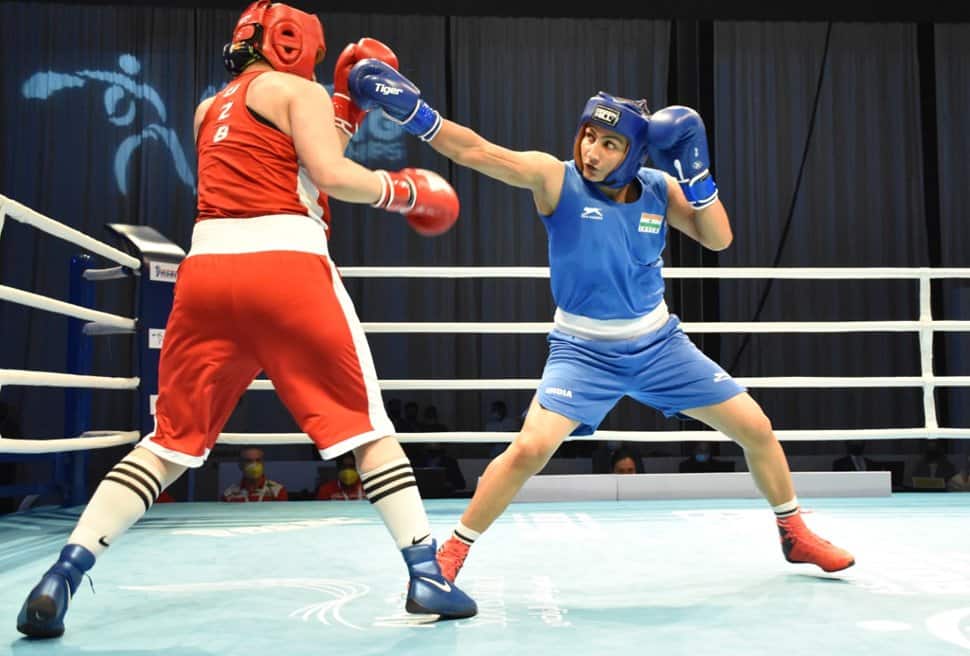 Pooja Rani successfully defended her title after outpunching in-form Mavluda Movlonova to clinch her second successive gold at the Asian Boxing Championships as Indian women ended its campaign with one gold, three silver and six bronze medals in Dubai on Sunday.

The Olympics-bound pugilist Pooja (75kg) was up against a strong Uzbekistan boxer, who came into the match beating London Olympics medallist Marina Volnova in the last-4 stage.

Pooja showed great sharpness and tactical brilliance and put pressure on the opponent with timely punches. She continued her relentless attack and left no chance for Uzbek boxer to fight back before completing a comprehensive 5-0 victory and winning her second successive gold medal at the Asian Championships.