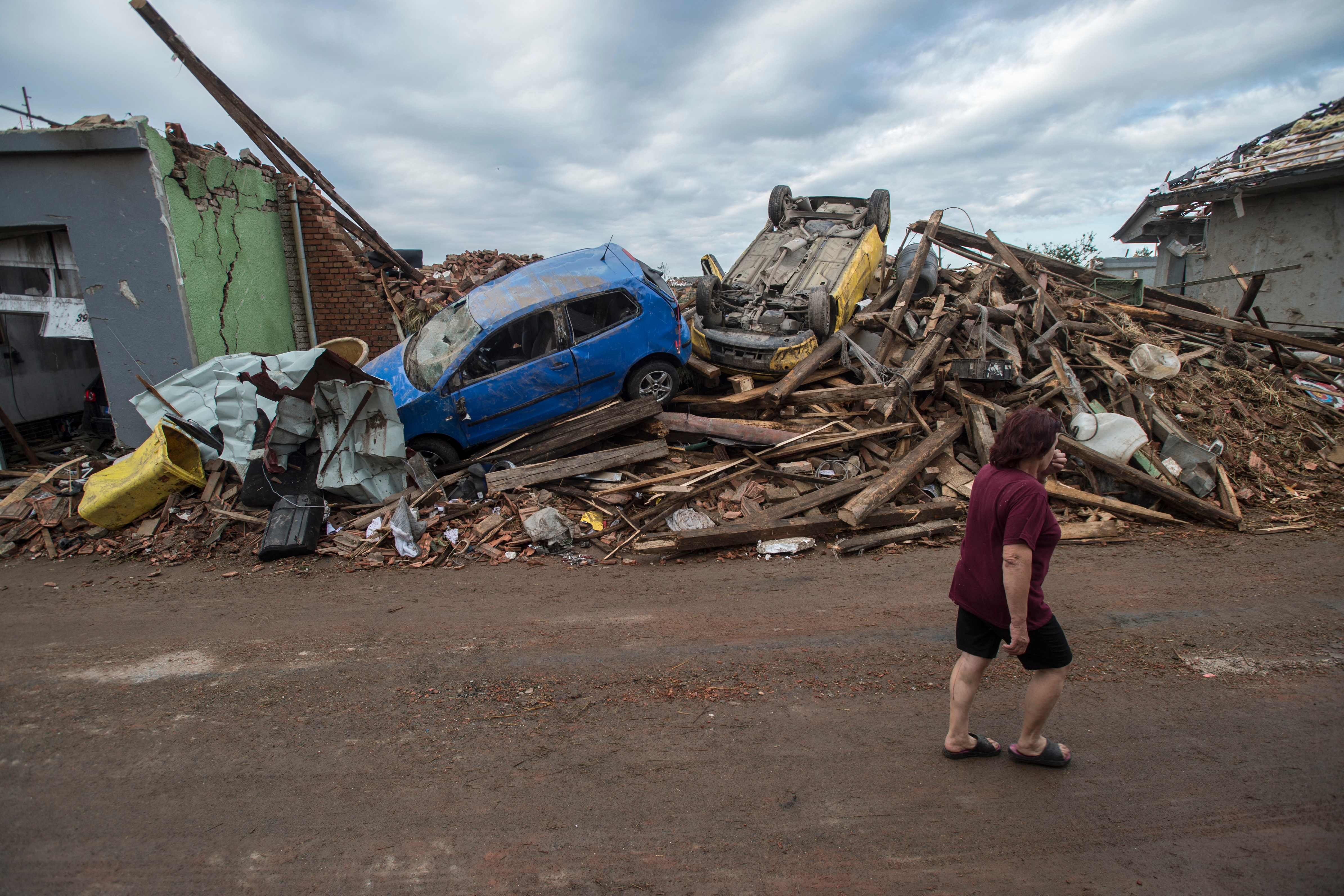 A rare tornado and strong storms struck along the Czech Republic’s southern border on Thursday to destroy parts of some towns, killing at least three people and injuring dozens more, emergency services and media said.

The tornado, reported in towns around Hodonin — along the Slovak and Austrian borders and 167 miles southeast of Prague, the capital — may have reached windspeeds above 206 mph, a Czech Television meteorologist said.

That would make it the strongest in the modern history of the central European nation and its first tornado since 2018.

“It’s a huge tragedy,” Prime Minister Andrej Babis said. Babis was in Brussels to attend an E.U. summit and was planning to visit the damage-hit region on Friday.

Strong storms ripped roofs off houses and other buildings, blew out windows, overturned cars and scattered debris through the streets.

Workers of emergency services rested amid debris in the market town of Moravska Nova Ves, after having worked through the night.

A spokesperson for the South Moravia region’s ambulance service told Czech Television three people died in the storms and dozens were treated for injuries.

“The church is without the tower, the elementary school has no roof and insulation any more, only walls remained from what were houses. There’re injured, it’s really terrible.”

Search and rescue teams fanned out in the area, with neighboring Austria and Slovakia also sending emergency units to help.