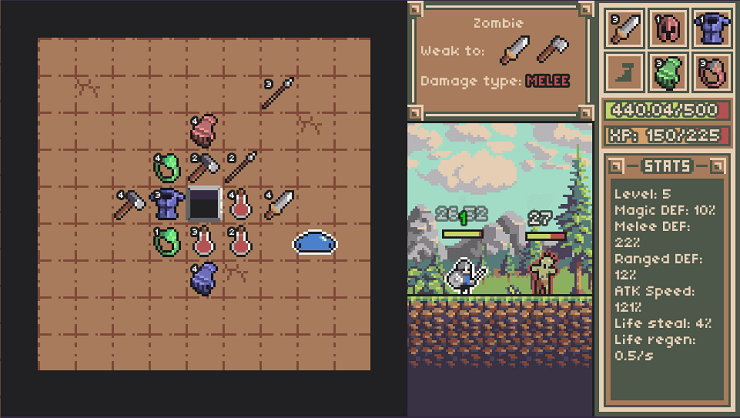 Bag of Holding has you guiding a helpful slime as they toss gear onto their heroic pal, hopefully giving them the right tool at the right time.

With this many monsters floating around the place, chomping on peoples’ heads and whatnot, you need your local heroes to be smiting them as quickly as possible. Who has time to mess around with equipment when there’s so many troublemakers about? That’s where you come in. As a slime, you need to shuffle equipment around the hero’s bag, plunking the right gear on them as they need it. You’ll also need to manage this space while you’re at it, as it won’t do you much good if the thing you need is buried in a pile of junk. 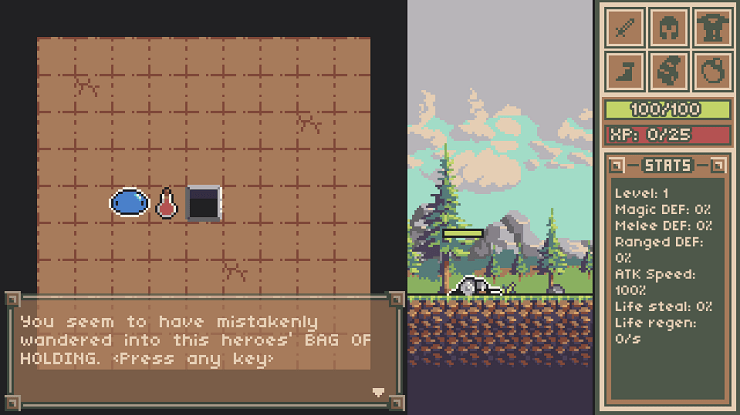 To put on equipment, you just need to slide the item into the hole in the middle of the screen. As for what gear to put on, each item has a level, a color that corresponds to a damage type, or is a melee weapon with a certain type of damage output. You need to pick what will best protect you from enemies while also laying the most effective beatings. If you replace a piece of gear on your hero, the old item will slip back into the bag, so don’t worry about losing stuff. However, you need to slide items around the grid to get them into the hole, and you can easily block yourself from certain things or accidentally drop something valuable off the side of the screen if you aren’t careful. Equipment duty isn’t easy.

Bag of Holding is a charming puzzle game that got quite harried in a hurry, making for an engaging game as I struggled to keep my hero alive and my inventory in order. 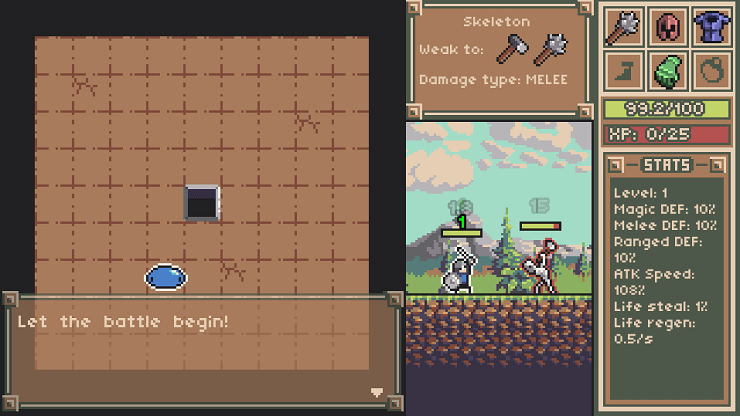 Bag of Holding is available now on itch.io.