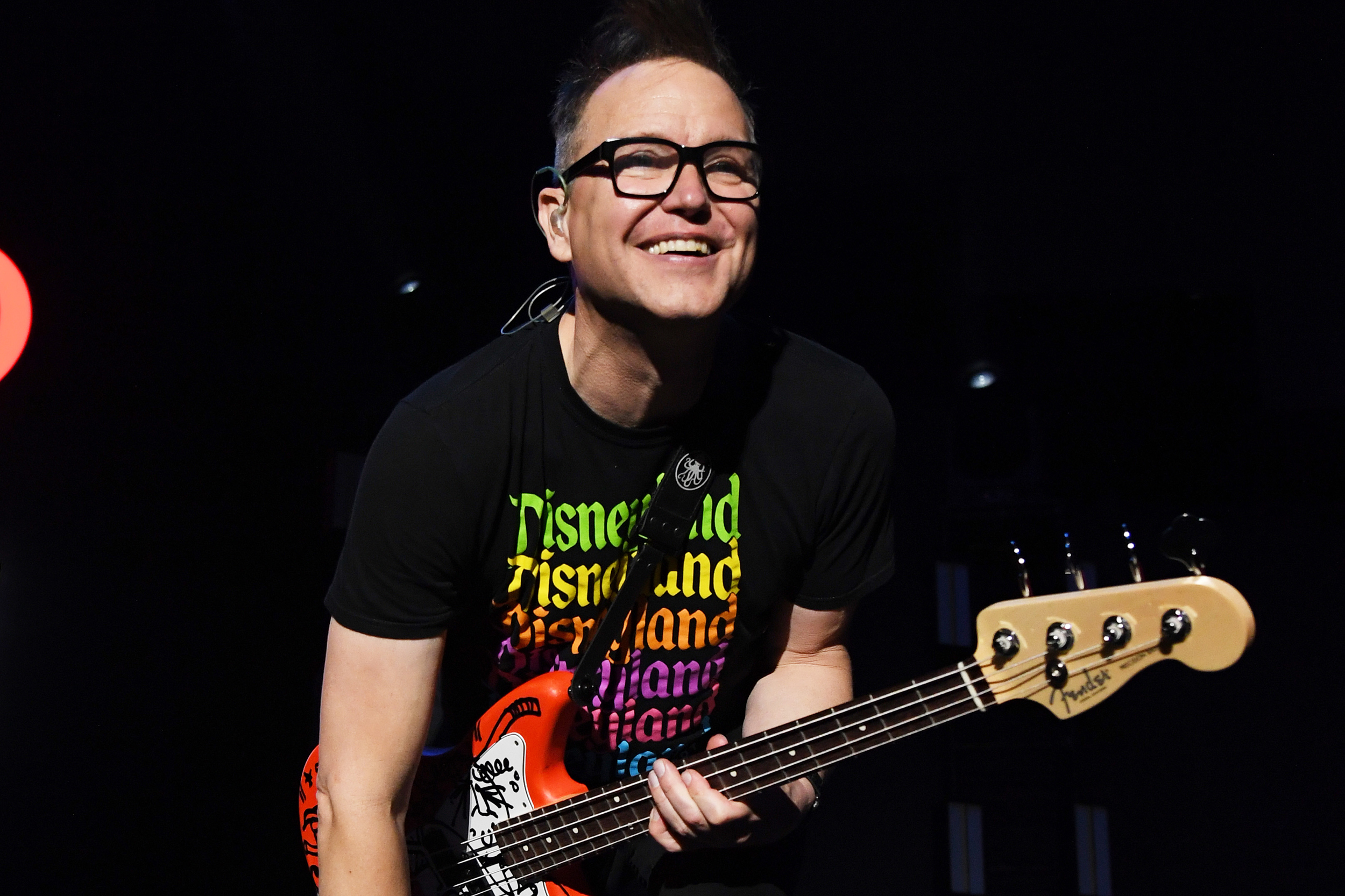 Blink-182 bassist and vocalist Mark Hoppus announced Wednesday that he has cancer and has been undergoing chemotherapy for three months.

“It sucks and I’m scared, and at the same time I’m blessed with incredible doctors and family and friends to get me through this,” he tweeted. “I still have months of treatment ahead of me but I’m trying to remain hopeful and positive. Can’t wait to be cancer free and see you all at a concert in the near future.”

Hoppus, 49, shared a photo of himself getting treatment, writing “Yes hello. One cancer treatment please.”

News of his diagnosis shocked fans on Twitter, while friends and family of the musician sent their well wishes.

Tom DeLonge, one of the original members of Blink-182, said that had been aware of Hoppus’ diagnosis for some time.

“And to add to his own words that he used today, I would also like to say that he is strong, and a super-human who is pushing through this difficult obstacle with a wide-open heart,” DeLonge tweeted, adding “we have his back” as a hashtag.

Wolf Van Halen, the son of the late Eddie Van Halen, replied to Hoppus, writing, “You’ve got this, brother,” with three hearts.

“You’re on our minds, Mark,” actor B.J. Novak replied. “Your attitude is going to be magnified by so many people.”

“the news about Mark Hoppus having cancer is so so so incredibly sad and I truly hope that as the godfather of pop punk he brutally kicks its ass,” @ellkay_ posted in a now viral tweet.

“Love ya, Dad,” the outlet posted.

In addition to Blink-182, Hoppus is also one half of the pop-rock duo Simple Creatures with Alex Gaskarth of All Time Low.

Gaskarth replied to Hoppus’ tweet about his cancer diagnosis with what appears to be a “Star Wars” joke.

“do you have a moment to talk about hyperspace tracking,” he asked with a heart emoji.

Blink-182’s drummer Travis Barker said recently that the band is likely to release a new album this year, though no word on how Hoppus’ diagnosis has impacted that timeline.

Samantha Kubota is a digital journalist and editor for TODAY.com.