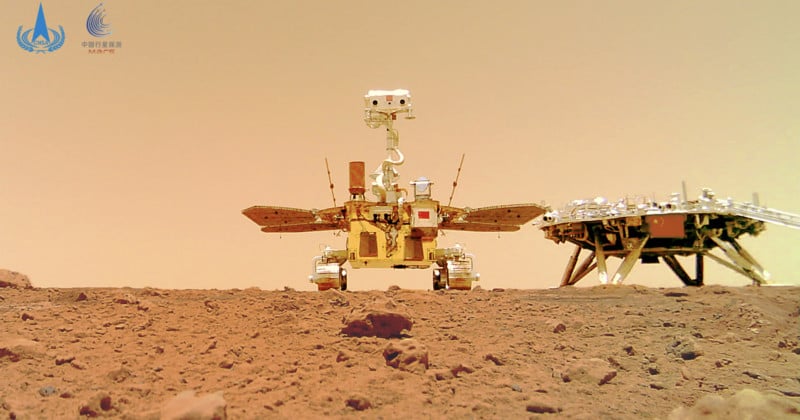 China’s Zhurong rover, which landed on Mars as part of its Tianwen-1 mission, has sent back its first images which include a panoramic photo of the landing site as well as a “selfie” that the rover captured of itself using a detachable, wireless camera.

According to an official press release, the panoramic photo below was captured by the drone’s navigation camera. When it took the photo, the Zhurong rover had not yet left its landing site. From this perspective, the land looked flat and easy to traverse. The Chinese government also states that the size and number of visible rocks are within expectations.

Below is a photo that more closely shows the topography of the area: 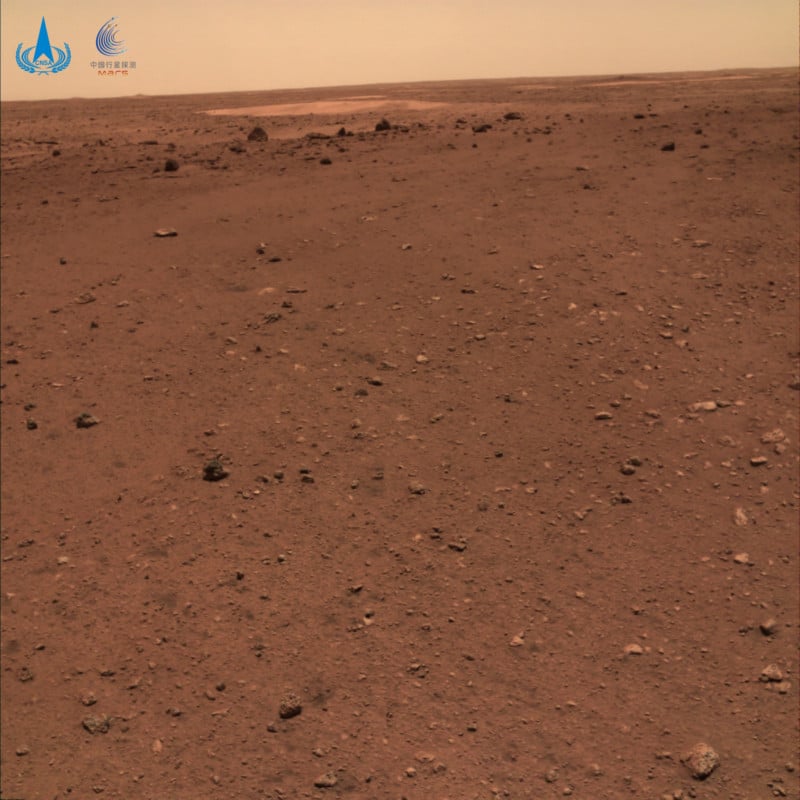 The last photo is of particular interest, as it is a “selfie” that portrays both the Zhurong rover and the Tianwen-1 lander as captured from a detachable camera that is normally installed on the bottom of the rover.

Previous “selfie” photos taken by NASA rovers have used a camera mounted on a robotic arm that extends outwards from the rovers, but is still connected. Both Perseverance and Curiosity have sent back photos using this method, but China’s Zhurong rover did it completely differently and, arguably, in a way that it technologically more impressive. 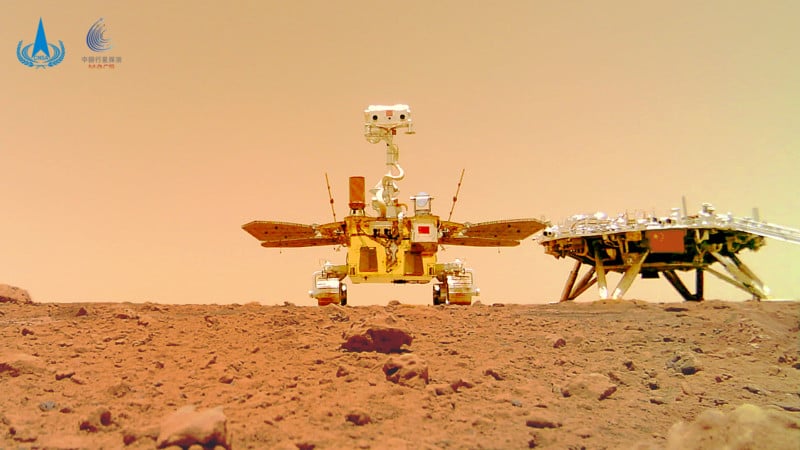 The Chinese government says that the rover traveled about 10 meters south of the landing platform, released the camera, and then retreated back to its position to “pose” for the photo. The separate camera then took pictures of the rover and the lander and transmitted them back to the rover wirelessly, which were then relayed from the rover to the orbiter to be sent back to Earth.

The Zhurong rover will work on the surface of Mars for the next few months to study the topography and geology of the area. In early March, the Chinese government wrote that the rover is capable of moving 200 meters per hour and carries six scientific instruments including a multispectral camera, ground-penetrating radar, and meteorological measurer. As of this most recent press release, China has revealed the rover has been operational on the surface for 28 Martian days.