An Australian scientist has discovered a ‘chocolate frog’ in the dense forests of the world’s second-largest island, New Guinea. Everybody is surprised to see the colour of this frog living on the tree.

An Australian scientist Steve Richards first spotted this frog in the year 20216 and took a few specimens for research. After studying the specimen the frog has turned out to be a completely new species in the animal kingdom. 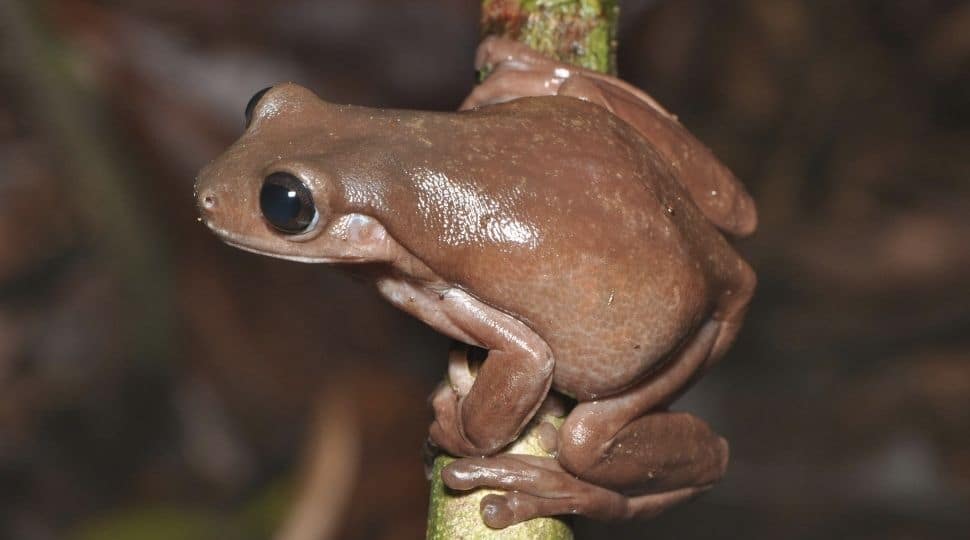 The chocolate coloured frog is named Litoria Mira. The name is in Latin language and inspired by the adjective mirium that means surprised or strange. Litoria is the genus of the common tree frog. Compared to other tree frogs, known for their green skin, Litoria Mira is brown in colour.

Litoria Mira has created excitement around the globe for its appearance. Harry Potter fans are going crazy about the frog as it resembles one shown in the series.

“Once we saw the new species, we started calling it a chocolate frog and the name stuck,” said Dr Paul Oliver, a researcher at Queensland Museum and Griffith University.

“The closest known relative of Litoria Mira is the Australian green tree frog. The two species look similar except one is usually green, while the new species usually has a lovely chocolate colouring,” Dr Oliver said in a statement.