New Delhi: A Kenyan Passenger has been arrested at the IGI Airport, New Delhi by Customs officers.

The passenger had arrived at Terminal-3, IGI Airport, New Delhi by flight no. QR 578 on Monday (May 17). She was traveling from Nairobi to Delhi via Doha and was intercepted by the Customs officers of IGI Airport. She was arrested after she had crossed the green channel and was approaching the exit gate of the international arrival hall. A case of smuggling of off-white color powder/granules suspected to be ‘heroin’ has been booked on 18.05.2021 against her. 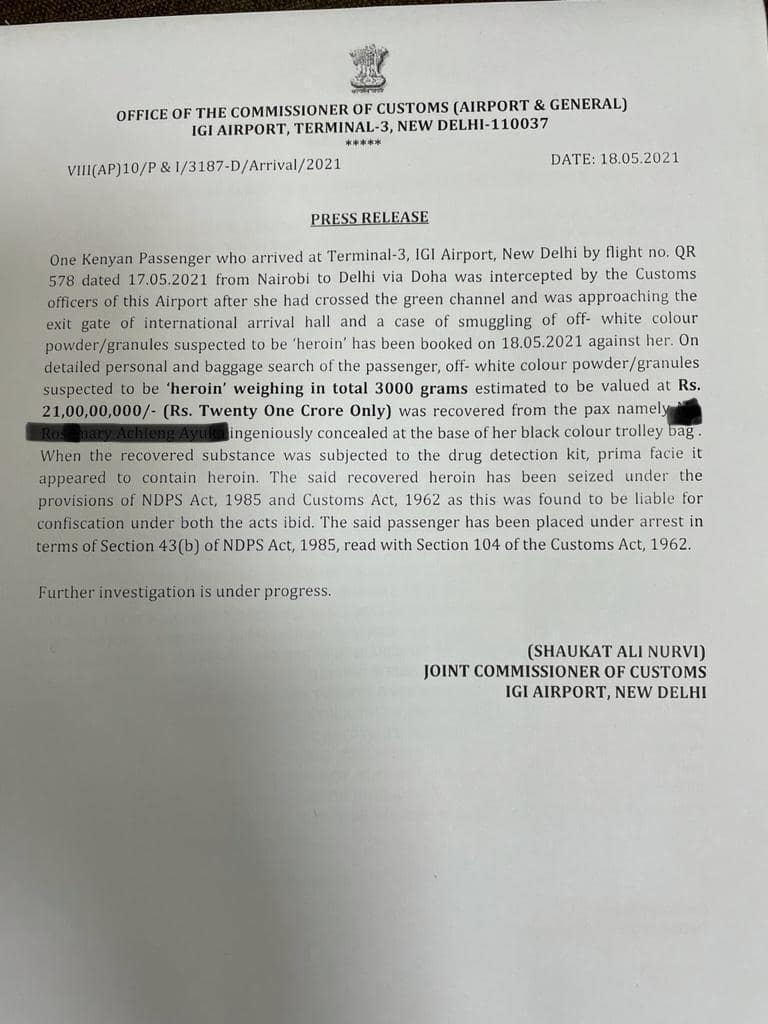 On detailed personal and baggage search of the passenger, off-white color powder/granules suspected to be ‘heroin’ weighing in total 3000 grams estimated to be valued at Rs. 21,00,00,000/- (Rs. Twenty-One Crore Only) was recovered from the pax, ingeniously concealed at the base of her black color trolley bag. 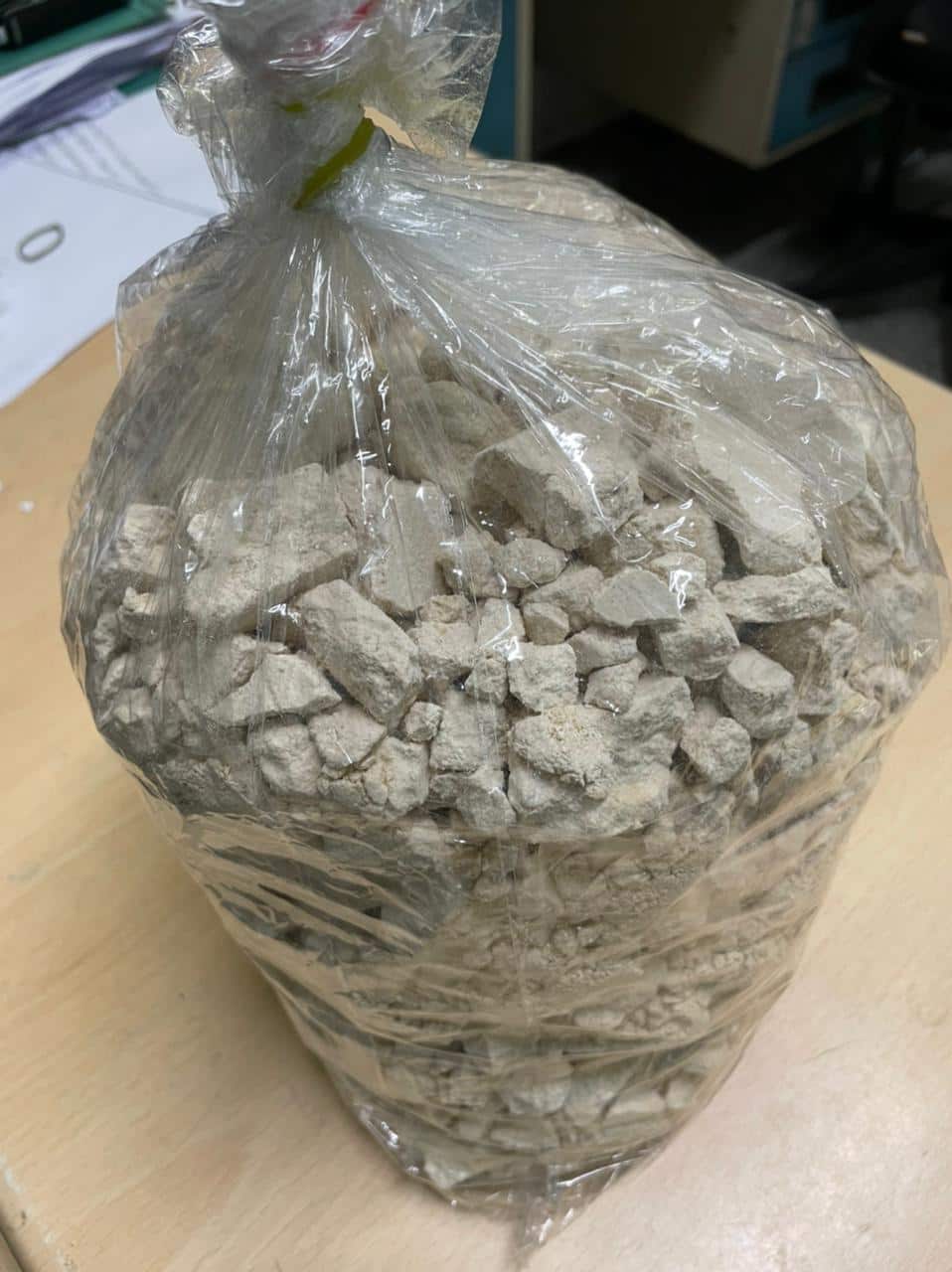 When the recovered substance was subjected to the drug detection kit, prima facie it appeared to contain heroin. The said recovered heroin has been seized under the provisions of NDPS Act, 1985 and Customs Act, 1962 as this was found to be liable for confiscation under both the acts ibid. The said passenger has been placed under arrest in terms of Section 43(b) of NDPS Act, 1985, read with Section 104 of the Customs Act, 1962.