New Delhi: Ever since Bigg Boss fame star Rahul Vaidya and girlfriend and TV actor Disha Parmar have made their relationship official, the duo has been giving major couple goals.

Recently, Disha shared a fun video on her Instagram, where she can be seen lip-syncing to international singer Selena Gomez’s one of the famous dialogues from her sitcom.

In the video, she can be seen jokingly saying to her boyfriend Rahul that she is not lazy but saving up herself for her thirties.

Sharing the video on her Instagram handle, she tagged Rahul and wrote, “This resonated so much with me..
And i made this specially for you @rahulvaidyarkv
#reelsinstagram.”

While fans drooled over their cute chemistry, Rahul was quick to respond, “No baby .. don’t cover up .. you are LAZY..” 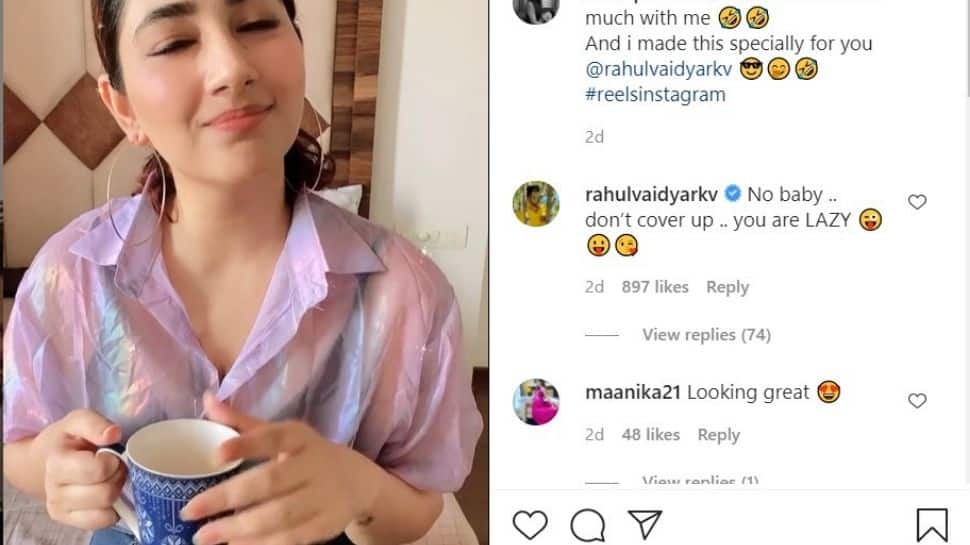 In the video, Disha can be seen wearing a lavender shirt paired with a denim skirt. Rahul and Disha fans often love the fun banter that happens between the cute couple.

On the work front, Rahul was last seen in Bigg Boss 14 and was one of the strongest contestants of the season but couldn’t win the trophy.

During his stint in the show, he professed his love for Disha and later the couple celebrated their Valentine’s Day together inside Bigg Boss house.

Currently, Rahul is in Cape Town for the shooting of his upcoming reality show, Khatron Ke Khiladi 11 alongside his fellow Bigg Boss 14 contestants including Abhinav Shukla and Nikki Tamboli among others.