Spain and Manchester United goalkeeper David de Gea’s singer wife Edurne García Almagro is keeping herself busy while her husband is away with the national squad at the ongoing UEFA Euro 2020. Edurne looked stunning in an all-white wearing a plunging bodysuit which reveals her stunning figure in a recent photoshoot.

The Spanish singer and TV star will be cheering on the Manchester United goalie when he plays for his native Spain when they take on Croatia in a last 16 clash on Monday (June 28). Spain managed to scrape into the knockouts with a 5-0 win over Slovakia on Wednesday (June 23).

Edurne knows how it feels to compete in top-level European competition, just like her goalie husband De Gea. Edurne represented Spain in the Eurovision Song Contest in 2015 – singing Amanecer. 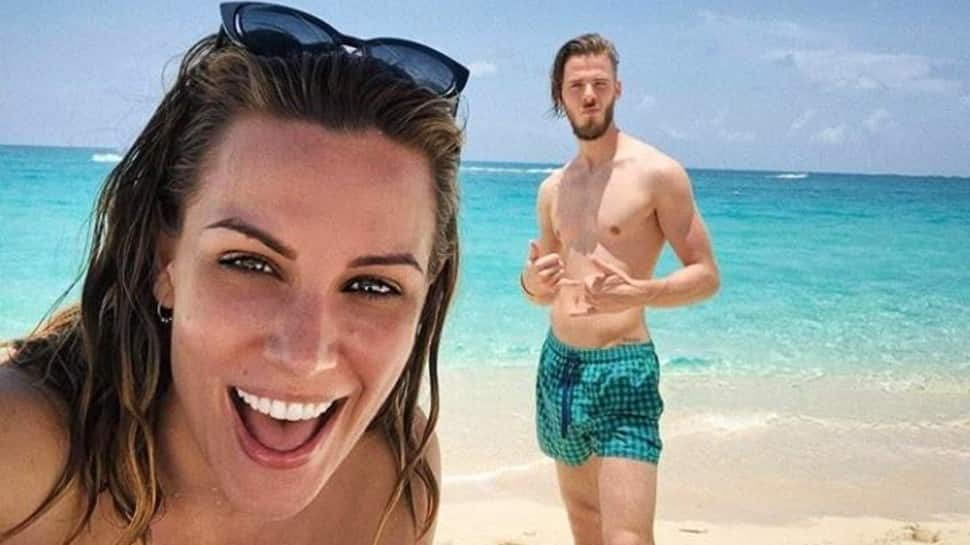 The talented couple had their first child in March, a daughter named Yanay. The pair took to Instagram to announce the news to their combined 12.8 million followers.

The goalie’s wife is famous in her own right, with the 35-year-old being a renowned singer, actress and television presenter in Spain. The 34-year-old rose to fame in 2005 when she took part in the Spanish casting show, Operacion Triunfo.

Edurne continues to live in Spain, travelling back and forth to Manchester to catch up with her goalkeeper husband. According to Idol Net Worth, the Edurne net worth can be estimated to be around $17.7 million. Much of her net worth can be attributed to her varied career as an actor, singer and presenter.

According to Spanish website Divinity, De Gea and Edurne’s daughter Yanay is a name of South American origin and means ‘my beloved’. It also refers to a ‘sweet and tender’ woman loved by everyone around her.