New Delhi: India has recorded a whopping 11,717 Black Fungus or Mucormycosis cases in the recent past, especially among patients recovering from COVID-19. The states of Gujarat, Maharashtra and Andhra Pradesh have reported the maximum number of cases.

This new health hazard has emerged as a big challenge in India’s battle against COVID-19 with the Health Ministry declaring Black Fungus as an epidemic already. It has even asked all states to record and report the cases of the disease.

Apart from Black Fungus, India’s one of the most populous states Uttar Pradesh has also reported cases of White and Yellow Fungus – which is the most dangerous of the three, among patients recovering from COVID-19.

What is Black, White and Yellow Fungus?

Black Fungus: Black fungus is called Mucormycosis and is of three kinds.

It generally affects the nasal cavity and paranasal sinuses and can involve the eye, causing blindness & from there it can extend to the brain.

The other type of Mucormycosis is the one that affects the Lungs, causing Pulmonary Mucormycosis. And the third type is Gastrointestinal Mucormycosis.

The most dangerous part of Mucormycosis is that these fungi are ‘angioinvasive’ i.e, they invade the surrounding blood vessels and destroy them resulting in tissue necrosis & death. Now, because the tissues are dead it is seen as black, hence called the ‘black fungus’.

Most diabetic patients suffering from COVID-19, who are being given steroids, have a high chance of being affected by the black fungus. To prevent it, we should stop the misuse of steroids. Steroids are essential to control the inflammation in the lungs but at the same time, it takes a toll on the patients’ immunity and increases the blood sugar levels in both diabetics and non-diabetic COVID-19 patients alike.

The disease isn’t contagious, but a person is said to be vulnerable to the infection since these moulds can be easily inhaled by a patient. After inhalation, the moulds can spread to vital organs and cause complications thereafter.

Yellow Fungus: Yellow fungus is a fungal infection, but it can be rather fatal and deadly as it begins internally — unlike the others where symptoms are visible. This yellow fungus trait often leads to a delay in its diagnosis. This characteristic of yellow fungus makes it very difficult to manage and more dangerous as early diagnosis is a necessity in such cases.

Yellow fungus or Aspergillus can involve paranasal sinuses, legs, and it can be disseminated – it can spread to other organs. 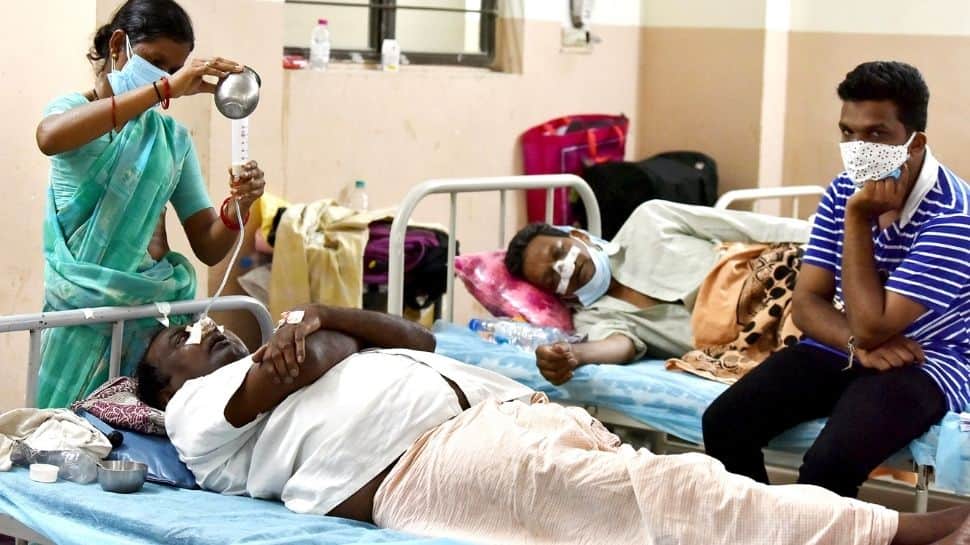 Black Fungus: Any patient, who had COVID in the last 2-6 weeks should keep a watch on one-sided facial pain, excruciating headache, swelling in and around the eyes and brownish or blackish nasal discharge, nasal stuffiness and loosening of teeth. The symptoms depend on the severity of the infection.

White Fungus: The symptoms of white fungus are similar to those of COVID and the infection can be diagnosed through CT-scan or X-ray.

Yellow Fungus: Some of the prominent symptoms of yellow fungus are Lethargy, Poor appetite or no appetite, Weight loss or poor metabolism and Sunken eyes.

Black Fungus: A black fungus patient should approach an ENT specialist and get an MRI brain done with contrast. There is no CT scan or blood test to confirm this. Amphotericin and Bisavaconazole are common drugs given to Black Fungus patients. A doctor can also perform a surgery depending upon how far the infection has spread.

White Fungus: White fungus is curable with commonly available anti-fungal medicines and does not need expensive injections like for Black Fungus. It has no direct connection with diabetes, but diabetes aggravates most infections, bacterial and fungal.

Yellow Fungus: The only known treatment for yellow fungus is the Amphotericin B injection, an antifungal drug that is also used to treat cases of black fungus. Symptoms should be monitored closely and patients should be rushed to a hospital immediately.

HOW ARE THESE RELATED TO COVID-19?

The primary cause is the virus-causing elevated neutrophil-to-lymphocyte ratio (NLR) in the body hijacking the cell immunity of the person and making them vulnerable to fungal infections, TB, Herpes, pneumocystis jeroveci pneumonia.

The secondary causes involve, overuse of steroids and uncontrol in diabetes are contributing to the rising number of fungal infections, especially in these COVID times. These infections are also seen in immuno-compromised patients (HIV infected, cancer, leukaemia, cachexic ) or those who have undergone transplants or people who are on immunosuppressants. Also, those who have been on a ventilator for a long period of time are at a higher risk. 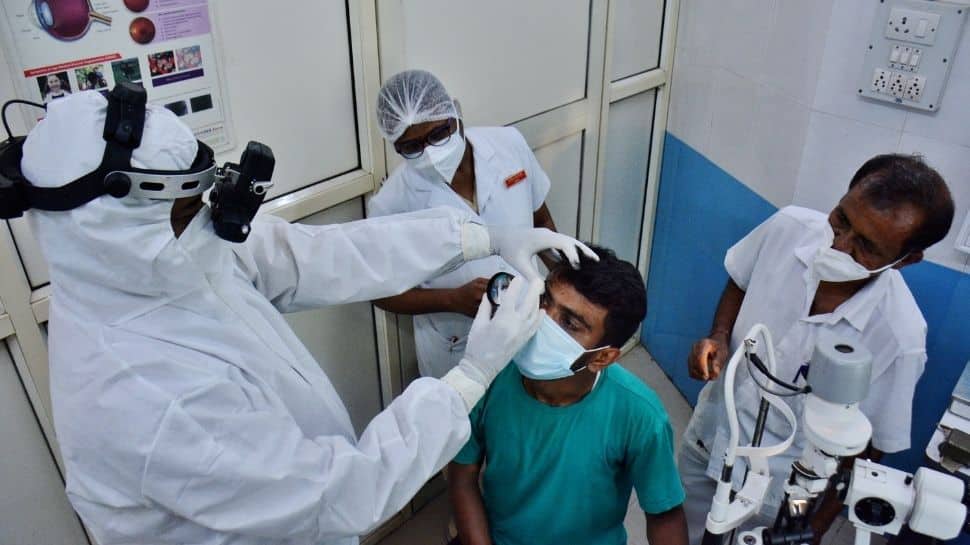 PREVENTIVE MEASURES FOR THE 3 FUNGAL INFECTIONS

Fungal infections generally spread through bad hygiene, so it is important to have good hygiene habits. Keep your surroundings clean. Remove stale food from the house to prevent the growth of fungus or bacteria. Humidity also plays an important role, so keep your humidity level between 30% to 40%. In hospitals and healthcare centres, proper sanitisation of ventilators/oxygen cylinders is the best way to prevent fungus attacks