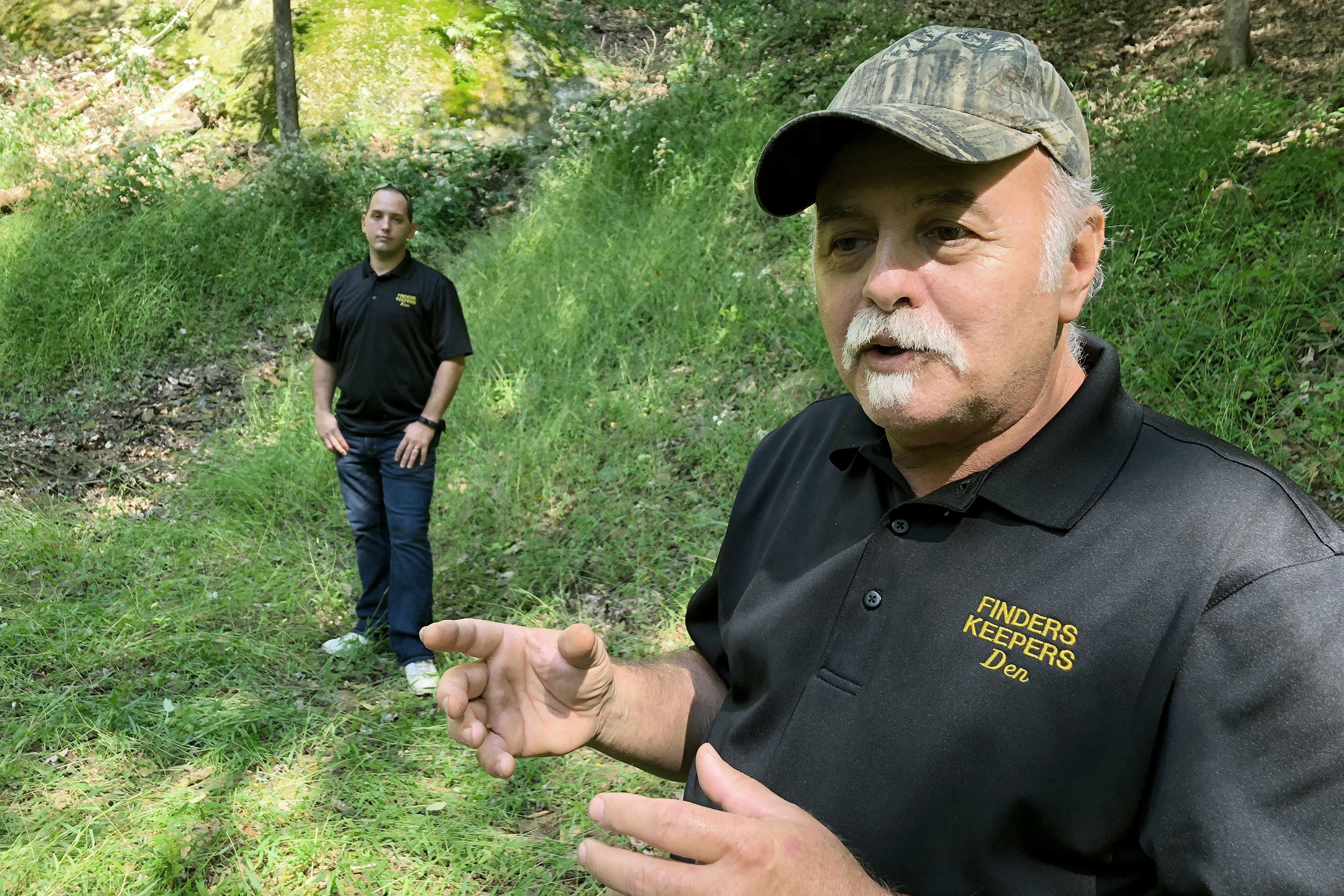 An FBI agent applied for a federal warrant in 2018 to seize a fabled cache of U.S. government gold he said was “stolen during the Civil War” and hidden in a Pennsylvania cave, saying the state might take the gold for itself if the feds asked for permission, according to court documents unsealed Thursday.

The newly unsealed affidavit confirms previous reporting by The Associated Press that the government had been looking for a legendary cache of gold at the site, which federal authorities had long refused to confirm. In any case, the FBI said, the dig came up empty.

The AP and The Philadelphia Inquirer petitioned a federal judge to unseal the case. Federal prosecutors did not oppose the request, and the judge agreed, paving the way for Thursday’s release of documents.

“I have probable cause to believe that a significant cache of gold is secreted in the underground cave” in Dent’s Run, holding “one or more tons” belonging to the U.S. government, wrote Jacob Archer of the FBI’s art crime team in Philadelphia.

Archer told the judge he needed a seizure warrant because he feared that if the federal government sought permission from the Pennsylvania Department of Conservation and Natural Resources to excavate the site, the state would claim the gold for itself, setting up a costly legal battle.

“I am concerned that, even if DCNR gave initial consent for the FBI to excavate the cache of gold secreted at the Dent’s Run Site, that consent could be revoked before the FBI recovered the United States property, with the result of DCNR unlawfully claiming that that cache of gold is abandoned property and, thus, belongs to the Commonwealth of Pennsylvania,” the affidavit said.

Archer also asserted that in 2013, a legislative staffer met with the treasure hunters who had identified the likely site, and and “corruptly” offered to get them a state permit to dig “in return for three bars of gold or ten percent” of whatever the treasure hunters recovered. The staffer said he was acting on behalf of others in state government, Archer wrote.

No one has been charged in connection with the case, and federal prosecutors say they consider the matter closed. A spokesperson for the Department of Conservation and Natural Resources declined comment.

The FBI had long refused to explain exactly why it went digging on state-owned land in Elk County in March 2018, saying only in written statements over the years that agents were there for a court-authorized excavation of “what evidence suggested may have been a cultural heritage site.”

According to the affidavit, the FBI based its request for a seizure warrant partly on work done by a father-son pair of treasure hunters who had made hundreds of trips to the area. The duo told authorities they believed they had found the location of the fabled Union gold, which, according to legend, was either lost or stolen on its way to the U.S. Mint in Philadelphia in 1863.

After meeting with the treasure hunters in early 2018, the FBI brought in a contractor with more sophisticated instruments. The contractor detected an underground mass that weighed up to nine tons and had the density of gold, the affidavit said.

That amount of gold would be worth hundreds of millions of dollars.

Archer wrote that he also spoke with a journalist who had done extensive research on a Civil War-era group called the Knights of the Golden Circle. The KGC, Archer wrote, was a secret society of Confederate sympathizers that had purportedly “buried secret caches of weapons, coins, and gold and silver bullion, much of which was stolen from robberies of banks, trains carrying payroll of the Union Army during the Civil War and from northern army military posts, in southern, western and northern states.”

Archer said that a turtle carving found on a rock near the proposed dig site was “very likely … a KGC marker for that site.”

Archer wasn’t able to confirm the U.S. Mint had actually missed any expected shipments of gold because the Mint did not have records for the Civil War period, the affidavit said.

The FBI apparently did not indicate to the judge, in writing, what it found at the site, according to the documents unsealed Thursday. A spokesperson for the U.S. attorney’s office in Philadelphia said that no such document was filed with the court because the dig came up empty.

Dennis and Kem Parada, co-owners of the treasure-hunting outfit Finders Keepers, have said they believe the FBI found gold at the site and have pursued legal action to get more information.

He noted the warrant granted by U.S. Magistrate Judge Richard Lloret gave FBI agents permission to dig from 6 a.m to 10 p.m. But residents have told of hearing a backhoe and jackhammer overnight — when the excavation was supposed to have been paused — and seeing a convoy of FBI vehicles, including large armored trucks.

In addition, it is telling that the FBI never checked back with the contractor whose sensitive instruments had indicated the possible presence of gold to ask what went wrong, said Warren Getler, the journalist who worked closely with the Paradas and the FBI and is identified as “Person 3” in the FBI affidavit.

“Did the science really go wrong? I am not so sure about that,” said Getler, author of “Rebel Gold,” a book exploring the possibility of buried Civil War-era caches of gold and silver.

“Why did they send four or five armored cars after the fact?” he asked. “Why did they work under cover of darkness? Why did they kick us off the mountain at 3 p.m. that day when we were supposed to be working as partners?”

The FBI assertion of an empty hole is “insulting all the credible people who did this kind of work,” Dennis Parada previously told the AP. “It was a slap in the face, really, to think all these people could make that kind of mistake.”