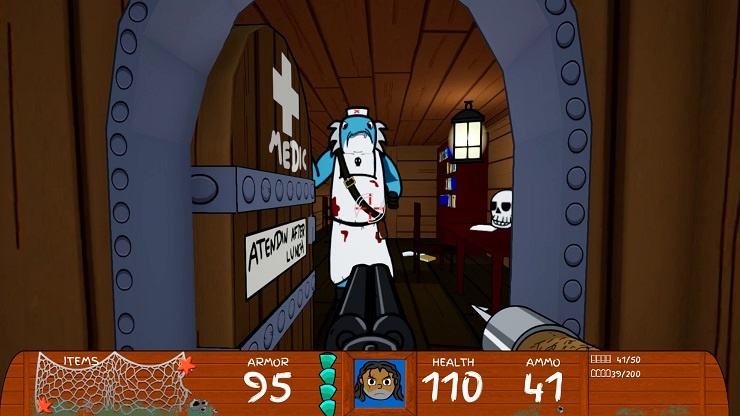 Fish Person Shooter sees a bunch of fishmen pirates up to no good. You’re just the kind of acrobatic gunman to handle them, though.

San Esteban has been invaded, and there’s all sorts of killing and enslaving going on. Not terribly desirable for everybody in the local population. You, being a resident firearms expert, and someone who has outfitted a hookshot onto yourself, seem like a good candidate for ending these shenanigans. So, you’ll need to blast all of the fishmen pirates off of your island, all while making use of that handy hook you’ve made for yourself. Do well, and you should probably have the problem wrapped up in a few hours. 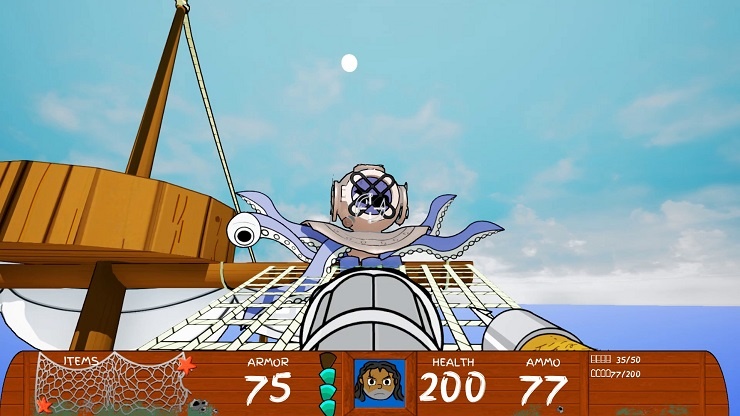 The game is inspired by older FPS games, so the emphasis is on moving around quickly and avoiding taking too many hits. So, you’ll find yourself strafing and shooting quickly as you make your way through the game. However, you’ll also want to keep vertical movement in mind, as you can grapple onto objects and pull yourself out of danger as well. The hook will also let you grab foes and drag them over to you, making for an easy point-blank shot while they stand there, stunned. Beats exchanging shots behind cover. Although this also moves YOU into point-blank range as well, so use your head when you bring a new fishy buddy in close.

Fish Person Shooter offers some quick, dangerous gunplay in a silly world, and it’s all made better through the creative ways you can grapple around the environments as well.