New Delhi: TV industry’s one of the most talked-couples Ravi Dubey and Sargun Mehta never miss a chance to show their love for each other. The celebrity couple is often seen sharing their cute PDA moments with their fans on their Instagram handles.

Recently, Ravi shared a throwback picture of himself along with his wife Sargun and wrote, “तू मेहबूब है और मरहम भी,” with a heart emoji.

While their fans were drooling over the picture, it was Sargun’s reaction which came as a shock for everyone.

Commenting on the picture, she wrote, “Itni buri photo,” with three angry emojis. 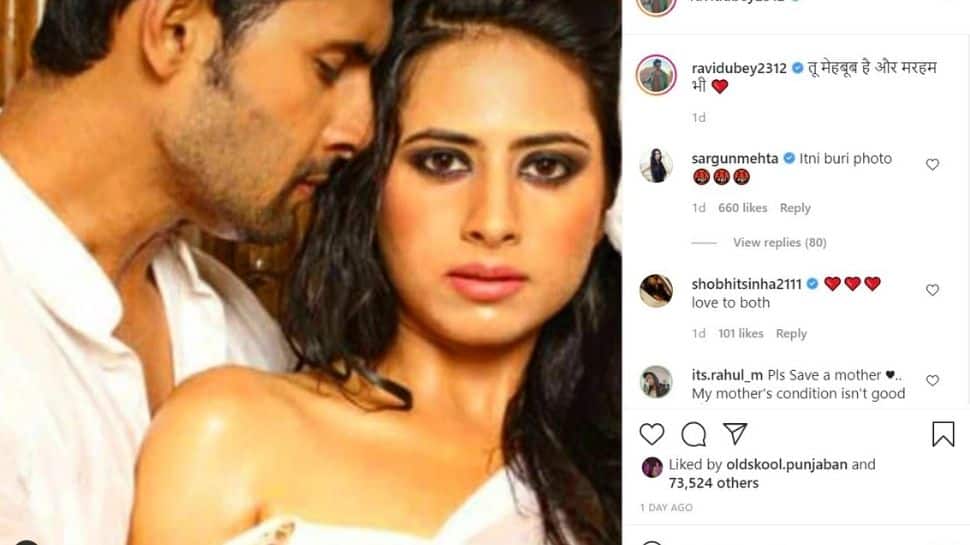 In the picture, the couple can be seen twinning with each other in white outfits. Their sizzling chemistry is the USP of the intense picture.

Ravi Dubey got married to Sargun Mehta in 2013. They met on the sets of the show, ‘12/24 Karol Bagh’ in 2009. Later, they were seen together in shows including Saas Bina Sasural, Khatron Ke Khiladi and Entertainment Ki Raat to name a few.