Indian vice-captain Rohit Sharma got married to Ritika Sajdeh in a star-studded wedding in December 2015. Just like cricket on the field, it takes time for everyone to get used to married life and Mumbai Indians captain Rohit Sharma was on different, especially on cricket tours.

Team India opener Rohit has a bad habit of forgetting things. A few years back, Indian skipper Virat Kohli had revealed that Rohit manages to forget valuable and important things like a passport, watch, mobile phone tablet and other things in a hotel room or team bus while traveling.

The biggest blunder that Rohit could make was forgetting to wear his wedding ring. Rohit is happily married to Ritika and the couple is parents to a lovely daughter named Samaira. The incident of the MI skipper forgetting his wedding ring was narrated by Rohit himself during an appearance on Gaurav Kapur’s show Breakfast With Champions episode in 2017. 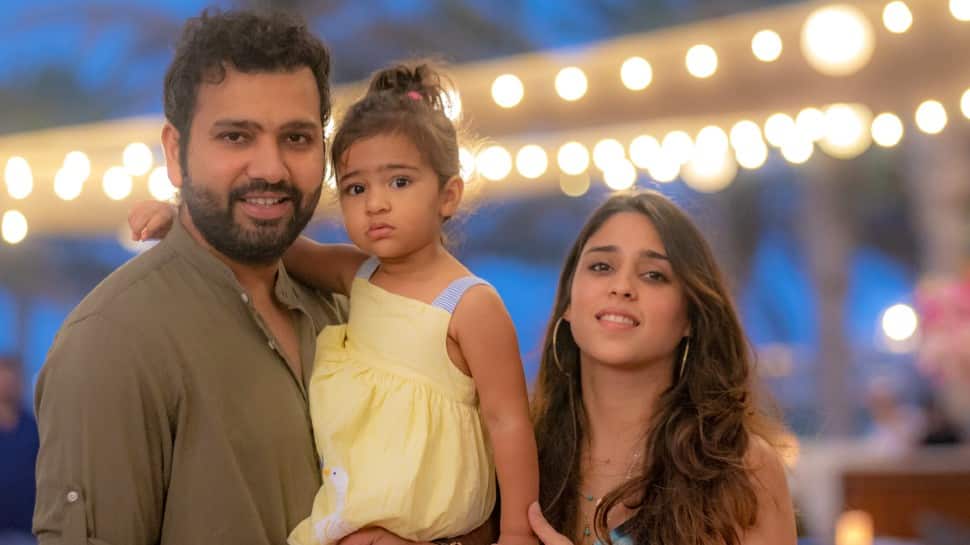 Recalling the incident, the 34-year-old revealed that he was newly married and was running late to catch his flight. As he didn’t have the habit of wearing his wedding ring, he took it off while sleeping and wore it in the morning. However, in the haste of reaching the team bus on time, Rohit forgot his ring in the hotel room.

“Naya naya married tha yar. I was newly married. Aadat nai thi pehenne ki (I didn’t have a habit of wearing it at all times). Naya naya shaadi hua tha, toh main nikaal ke sota tha. I’ve a very bad habit of getting up late and then rushing towards the airport. I always tell my teammates to give me a call or knock on my door (in the team hotel) before we leave for training or the airport. Uss din aisa nai hua. Main late hogaya aur nikal gaya. (That day, I got very late and left in a hurry),” Rohit Sharma recalled on the show.

Rohit added that it was after seeing the ring on Umesh Yadav’s finger, he realized that he forgot his in the hotel room. It was then he asked for help from Harbhajan Singh to retrieve the ring safely but the whole team got to know about the episode and Virat Kohli made big news about it.