Yuzvendra Chahal will take on  former world chess champion Viswanathan Anand in a charity match to raise funds for COVID-19.

The Indian grandmaster will be playing a series of matches against some of the famous celebrities on June 13 for this noble cause. 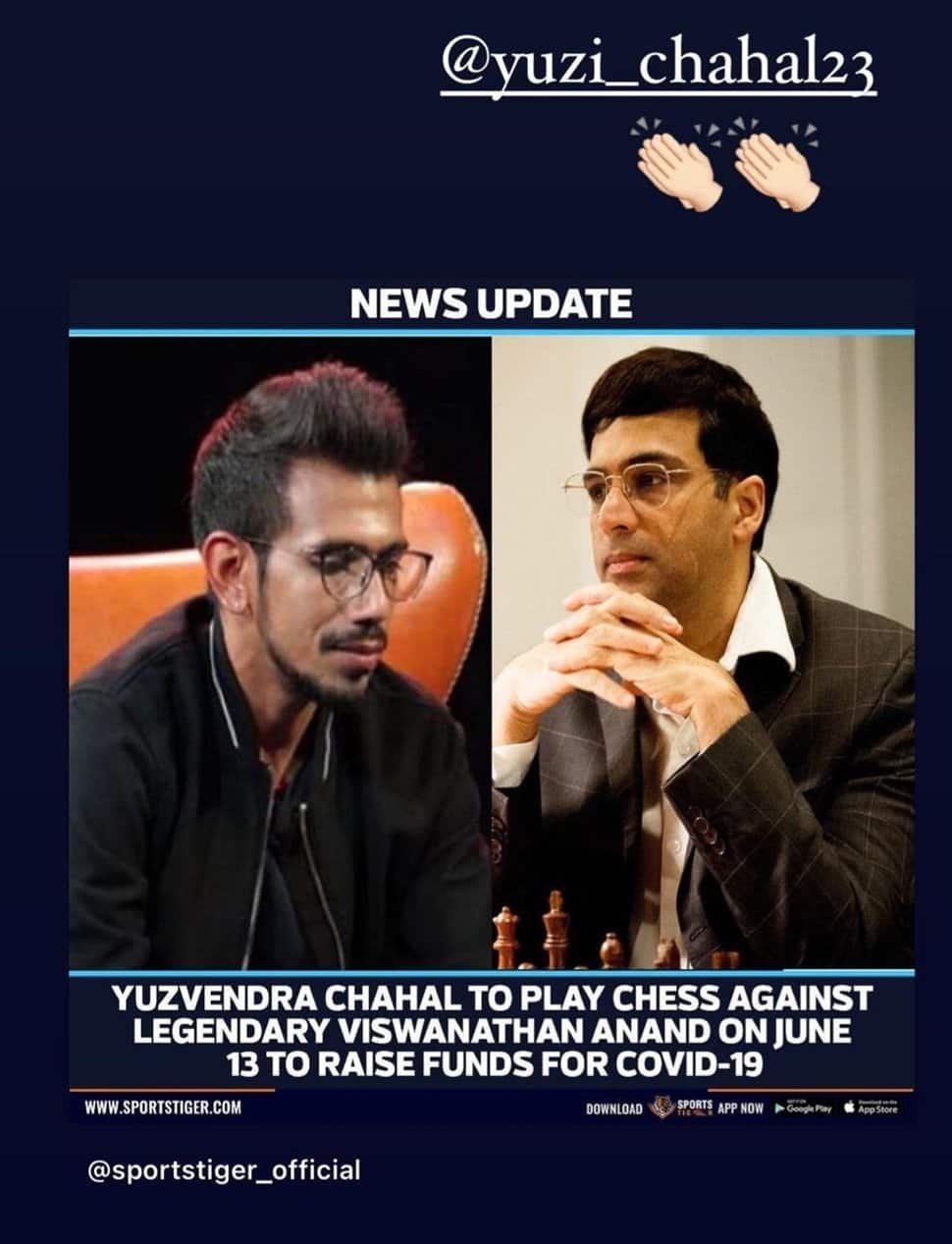 Anand also shared a video for his fans on Twitter. “Looking forward to playing some exciting chess,” wrote the grandmaster.

Looking forward to playing some exciting chess with:
Aamir Khan@riteishd@NGEMovies@arijitsingh@ananya_birla@nikhilkamathcio@manukumarjain@yuzi_chahal@KicchaSudeep

Chahal is former chess player and has participated in national tournaments during his school days. The leg-spinner has also represented India at the World Youth Chess Championship.

The 30-year-old is named in India’s white-ball squad for the upcoming limited-over series against Sri Lanka, starting from July 13.

The series comes as a great opportunity for both him and Kuldeep Yadav to redeem themselves in the absence of Ravindra Jadeja. Jadeja is currently with the 20-man Indian contingent in England and will be pefroming his national duties in red-ball cricket.