Brazil hit the tragic milestone of half a million COVID deaths on Saturday when it added 2,495 fatalities to its count.

The country has the second highest pandemic death toll in the world, second only to the US, with its 600,000 deaths — though the US population is also 55% larger.

And unlike Americans, whose death and infection numbers have plummeted after a major vaccination campaign, Brazilians are now going through their second highest level of daily cases and deaths — only the peak in March and April was higher. In most states, case numbers are remaining stable or increasing. 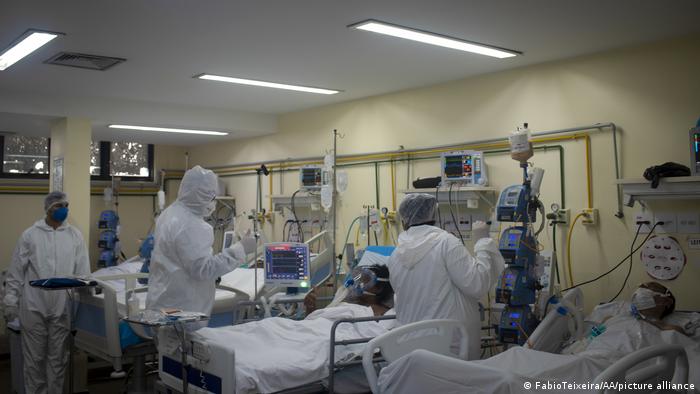 In many states, ICUs are at more than 90% capacity

The infection rate has been accelerating since early May after governors and mayors relaxed social distancing measures, a move that experts now blame the current spike for.

Brazil’s pandemic situation is currently “extremely delicate,” according to epidemiologist Caroline Coutinho, who researches at the Getulio Vargas Foundation.

It’s the highly transmissible coronavirus variants, which are more likely to infect or reinfect people, that are making the pandemic so difficult to control.

A study by the government’s Butantan Institute found that, in Sao Paulo state, the Gamma variant (or P1, originally found in Manaus) made up the vast majority of infections, as of May 29. Alpha from the UK and Beta from South Africa each represented less than 5% of cases. The Delta variant has not been identified yet.

But on a national level, the country is ill equipped to sequence genomes and identify new variants, says Coutinho.

As a backdrop to the health emergency, Brazilians have also been following a Senate commission that has been investigating the government’s handling of the COVID crisis since early May. The commission has invited several ministers and government aides to testify as well as providing information, which the press has been covering since last year.

It revealed that President Jair Bolsonaro prevented his health ministers from following scientific recommendations, promoted drugs that were proven to be ineffective against COVID-19, feuded with governors and mayors that defended social isolation measures and refused several vaccine offers.

In mid-2020, for example, the health ministry rejected Pfizer’s offer of 70 million vaccine doses as well as Butantan Institute’s offer of 60 million doses.

As the pandemic worsened this year, Bolsonaro struck new deals to buy vaccines and is now asking for the doses that he rejected in 2020 to be delivered more quickly. In early June, he promised that every Brazilian who wants to get vaccinated will be able to get jabbed by the end of the year.

In his weekly Facebook live post on Thursday, Bolsonaro said that masks reduce the amount of oxygen you take in, which is false. Last week, he proposed that people who have been vaccinated or have recovered from COVID stop wearing masks. Specialists have said it is “absurd” and “reckless” to stop wearing masks at this point in the pandemic. 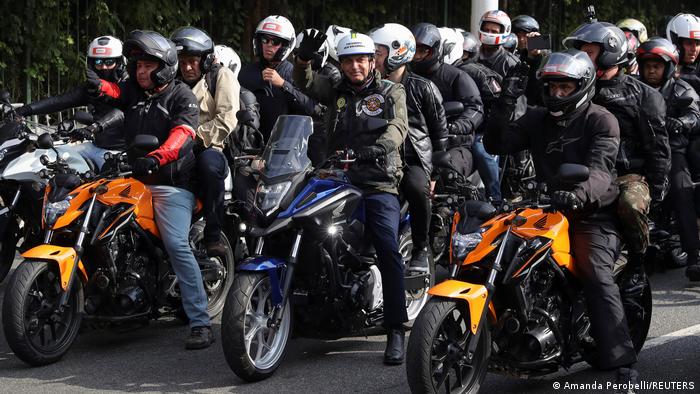 Vaccines are hard to come by

Brazil’s universal healthcare system SUS, one of the largest in the world, has a track record of successful vaccination campaigns.

But the government’s refusal to order vaccines last year and difficulties importing an active pharmaceutical ingredient needed for the Coronavac and Astrazeneca vaccines prevented the country from planning a vaccination drive that would match to the SUS’ capabilities.

Epidemiologists and data scientists have said that Brazil would need to inoculate about 2 million people per day, but as the rollout remains sluggish and infection numbers remain high, the virus is currently winning the race.

Since April, Brazil has administered between 599,000 and 730,000 vaccine doses per day. Only on Thursday did the country surpass its 2 million dose goal, vaccinating 2.2 million people.

Brazil has fully vaccinated a little over 11% of its 211 million population, compared to around 45% in the US and 30% in Germany. Experts estimate that 80% are needed to reach herd immunity. Until then, countries will have to keep up measures like continuous testing, wearing masks and restrictions on crowds in areas with high incidences. 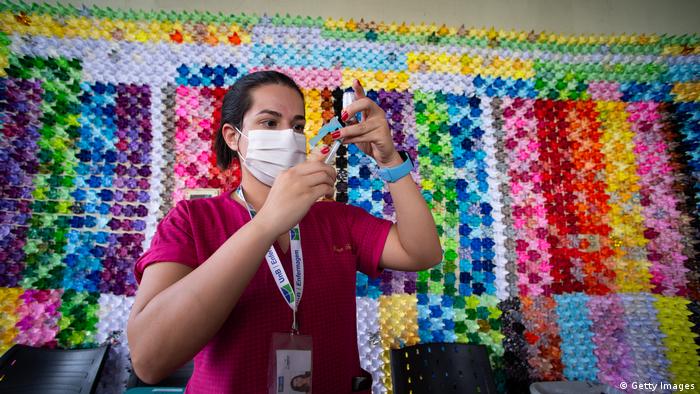 Brazil actually exceeded 500,000 deaths some months ago, according to biologist Marcelo Bragatte, one of the coordinators of the COVID-19 Analysis Network in the Federal University of Rio Grande.

The country probably has around 600,000 COVID deaths already, but has been underreporting them, he says.

His projection takes into account excess deaths due to Severe acute respiratory syndrome (SARS) since the beginning of the pandemic, comparing the numbers with data from the last years.

“There are many cases, in which the person dies, it is not confirmed that it was COVID, and they are registered as a SARS case,” said Bragatte.

This estimate would put Brazil on the same level as the US, which currently has the highest pandemic death toll.

Bragatte also projects that Brazil will continue to hit high infection and death numbers if the vaccine rollout doesn’t speed up. The numbers will only improve if the population sticks to recommended protocols like wearing a mask, social distancing and avoiding meeting people indoors.

“Since the government isn’t implementing the health measures, the responsibility falls on each citizen to do what they can,” he said.

The problem is that it’s not only the spread of the virus that won’t slow down.

“The misinformation in this country is not going away. It’s at a plateau. And because of that, people’s actions aren’t improving,” said Bragatte.