Ties. Dozens of patterns, colors and fabrics — discounts on 300 different styles. That’s what Nordstrom had planned for its big sale last July. The company had worked with trend forecasters and talked with designers, but history was its best guide. Based on previous sales, the retailer was confident that shoppers would be seeking out deals on office apparel such as ties, dresses, heels and handbags. By the end of February 2020, it had ordered everything it planned to sell at the event. 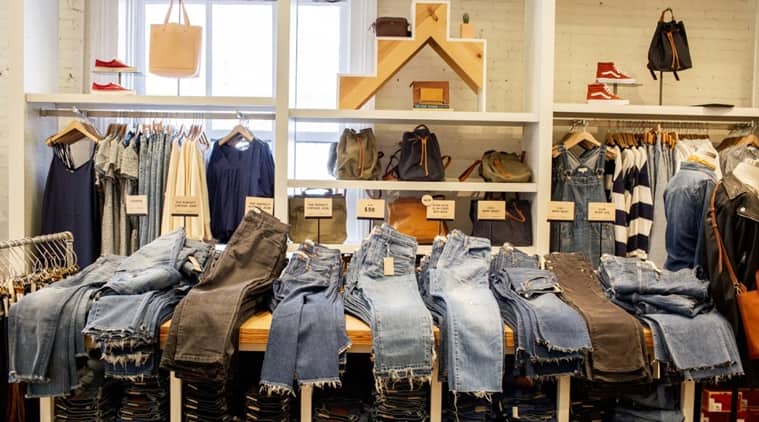 Months later, the world had rearranged itself in a way no trend forecasters could have predicted. The summer sale was pushed to August and had just 15 types of ties. (People did still sometimes dress up for Zoom calls.)

“There was nothing for staying home and working remote,” Teri Bariquit, Nordstrom’s chief merchandising officer, said in an interview. The retailer threw itself into tracking terms that newly isolated customers were searching for on its website and on Google (“cozy” and “slippers” among them). It frantically contacted suppliers to buy more activewear and children’s apparel. And it created a tool so that customers could build lists of products they wanted from the sale before it even started.

The world of retail runs on predicting the future. What you buy in July was decided on in November. Trendspotting used to happen largely in person — retailers had eyes and ears on the ground, hunting for cool. Now it is an obsessive study in web traffic and reviews, Instagram and TikTok posts, bridal registry data, and restaurant and hotel bookings. This was always a piece of the puzzle for many chains, but it became central to their survival in the past year.

So as we are preparing to head back into the real world, what we will buy and wear once we’re out there is being dictated more than ever by our lives online.

“Trends become irrelevant, and it really became about how people were living and what they were doing and how they were feeling,” said Anne Crisafulli, Madewell’s senior vice president of merchandising. “Those are the questions we started asking. It was less about ‘Are mini dresses in or out?’ or ‘What prints are in?’”

A festive cape, draped from your shoulders, paired with a dress and glitzy heels while you sip on mulled wine. That’s the sort of scene Macy’s was envisioning for holiday parties in 2020, before the reality of Zoom nights in living rooms.

“We really felt good about this dress-up opportunity, people really feeling glam,” said Nata Dvir, Macy’s chief merchandising officer. “We were thinking about outerwear being as bold as capes.”

Bloomingdale’s, which is owned by Macy’s, had forecast “a mix of utility and romanticism,” which would have included puff sleeves, eyelets and maxi dresses, said Denise Magid, an executive vice president at Bloomingdale’s who oversees ready-to-wear apparel.

Major department stores have fashion offices filled with undisclosed numbers of employees who are keeping track of new styles, surfing social media and liaising with designers. Big retailers also usually subscribe to online services that aggregate signals from Google Trends and social media. They work with agencies that specialize in fashion forecasting, including Stylus and WGSN, which project broader consumer habits along with more granular details such as seasonal color palettes, textiles and silhouettes. They all also obsessively track their competition. It can see when women build collections of potential rental clothing with labels indicating whether they are for birthdays, honeymoons or other events. (Source: New York Times)

Much of that work used to take place in person. WGSN, for example, offered city guides to American retail buyers on trips abroad. “If a buyer from a department store wanted to go to Paris, we’d have a guide that would tell them where to go and eat and which stores they should see for different things,” said Francesca Muston, vice president of fashion content at WGSN. Runway shows were also important. At Bloomingdale’s, before the pandemic, “runway was a huge component of what we were forecasting, because what you saw on runway would trickle down to other collections,” Magid said.

As everything went virtual last year, including runway shows, social media took on new importance, and retailers rushed into anything that smelled like a trend, sometimes tapping Los Angeles-based manufacturers to help them out on a faster timeline.

“Instagram and TikTok have filled that void, and it kind of changes the dynamics again about speed and being reactive because things have a shorter life span,” Magid said. She recalled an overnight surge in demand for denim joggers in the fourth quarter after a “famous influencer” (the retailer wouldn’t say who) wore a pair by Rag & Bone on an Instagram Story.

Jenn Hyman, CEO of Rent the Runway, knows what she doesn’t want to see anymore. As she told the clothing rental company’s buying team in September: “If it was lounge-y enough, comfortable enough, boring enough, gray enough to wear in 2020, we’re not buying it for 2021.”

Rent the Runway, which is popular for special occasions and workwear, plans much of its business three to six months in advance. In order to try to predict an unpredictable future this year, the company said it had been studying traffic on streets, OpenTable and airline bookings, and office-occupancy rates in big cities to understand the economic recovery and demand for its goods.

“We got to the point where we were calling wedding venues in top destinations around the country to understand what their bookings were,” Hyman said.

The site has also reaped data from customers reserving specific dresses and other items ahead of time and adding “hearts” to desired items. It can see when women build collections of potential rental clothing with labels indicating whether they are for birthdays, honeymoons or other events.

“We started seeing very interesting, very different data, starting at the beginning of February, that led us to believe that the recovery was going to happen earlier and at a steeper clip than what we originally had forecast,” Hyman said. And it created a tool so that customers could build lists of products they wanted from the sale before it even started. (Source: New York Times)

Bloomingdale’s has been watching people add new wedding dates to its bridal registries and has gleaned insights from its Florida stores, which opened earlier than elsewhere in the country. Magid said people came in “wanting sexier dresses, bodycon dresses and going-out tops,” which could be an early indicator for the rest of the country.

Despite the shock of the pandemic, retailers are cautiously optimistic about the year ahead — a sentiment buoyed by retail sales in March, which beat expectations and rose by nearly 11%, including a 23% jump in clothing and accessories. Sales have since fluctuated, keeping their optimism in check.

There is even good news in a potential mass movement to high-waisted, loose-fitting, generation-dividing jeans away from a decade of skinny-denim dominance. It offers hope that consumers are ready for something new.

How we’ll know what to wear from now on

Comfort does still reign king. Many retailers are hedging their bets, describing the importance of being “nimble” with inventory and championing “versatility” in their apparel assortments in 2021. There is a big focus on clothes designed to be worn between home and hybrid work and to post-hybrid work cocktails.

“I’m not super stressed if people are going to have weddings and things like that,” Crisafulli said. “We’ll add and buy into dresses if that really starts to pick up, but where we’ve been more focused is this shift back into real life and what day-to-day life is going to look like.”

“No one is envisioning a customer wanting to come back in with 4-inch stilettos and a buttoned-up suit and tie,” Bariquit said. She is confident people will want to get dressed up again, she said, but thinks they will dress for work in a different way.

Customers are telling the retailer that they “love the comfort they’re feeling in their joggers, yet they don’t want to wear their joggers to the office,” she said. “So how does that translate to soft pants of the future?”

This article originally appeared in The New York Times.