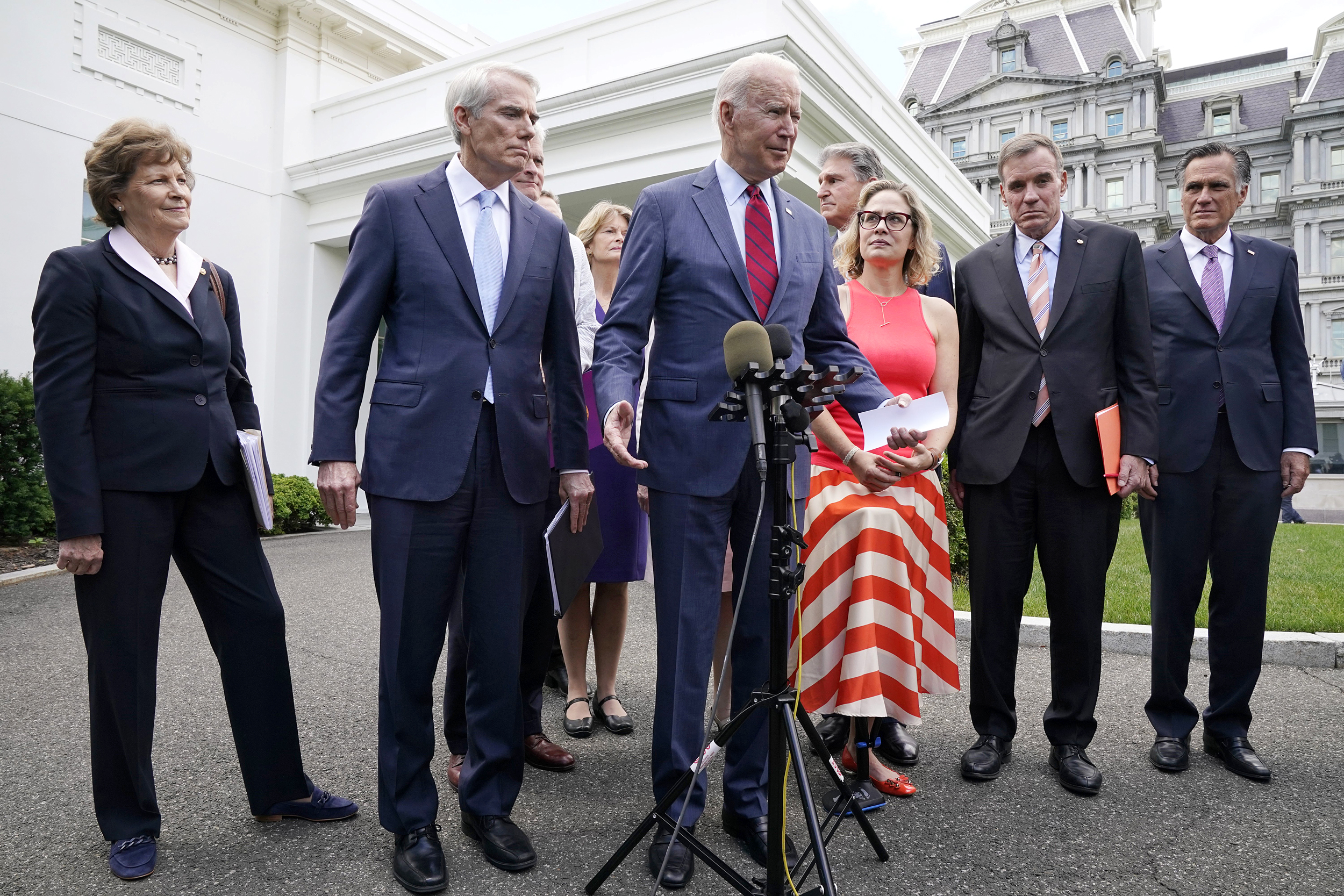 WASHINGTON — President Joe Biden on Thursday announced a deal on a bipartisan infrastructure package, endorsing a proposal by a group of 10 senators in a significant boost to one of his top legislative priorities.

“We have a deal,” Biden said in a surprise appearance outside the White House.

“They have my word, I’ll stick with what they’ve proposed. And they’ve given me their word as well. Where I come from that’s good enough for me.”

The White House said that the bipartisan group agreed to modernize and expand transit and rail networks across the country; repair and rebuild roads and bridges with the aim of mitigating the impacts of climate change; build a system of electric vehicle charging stations; invest in electric school and transit buses; replace the nation’s lead pipes; ensure all Americans have access to reliable high-speed internet; protect infrastructure against cyberattacks, among other elements.

The deal could still face several obstacles getting approved by Congress.

Biden said he’ll seek to “attract all the Democrats” to support a separate package that addresses his “human infrastructure proposals.”

“I’m pleased to see we were able to come together on a core infrastructure package,” he said, adding that it will be done “without new taxes.”

Sen. Susan Collins, R-Maine, said, “We’ve agreed on the price tag, the scope and how to pay for it.”

The group has not publicly released details about the agreement.

“It invests in green energy and climate,” she said. “We are delighted to go back to the hill and earn more support.”

Sahil Kapur is a national political reporter for NBC News.

Lauren Egan is a White House reporter for NBC News based in Washington.