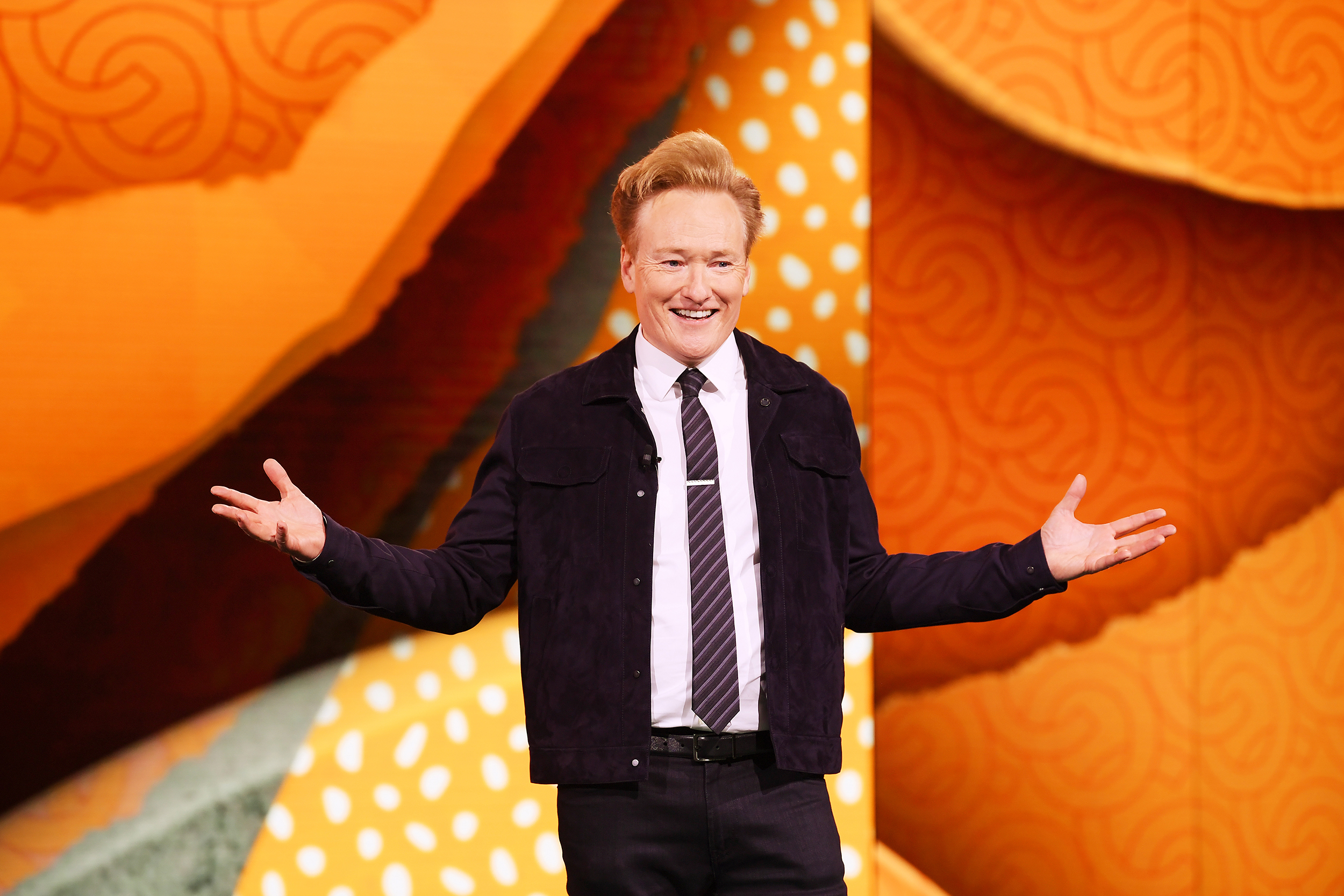 LOS ANGELES — Conan O’Brien ended his 11-year run on TBS’ “Conan” by touting the “intersection between smart and stupid.” And that’s why, perhaps it was all too appropriate that final guest Jack Black wound up on stage wearing a walking boot for a sprained ankle — an injury he received while rehearsing a song and dance number he had planned for O’Brien’s finale.

The irony of the moment: As originally planned, Black was pre-taping a big musical number that involved a lot of physicality. As part of the bit, he was going to pretend to get injured — and as actors playing paramedics were to take him out on a gurney, he would hop up and run back to the theater.

But then, “the crazy thing is, I actually injured myself, for real,” Black said. Adding to the irony, those actors playing paramedics were stationed in a prop ambulance — which had no actual medical equipment to help him out.

“Today, I went and just to be safe I got an MRI and they were like, ‘it’s a real sprain, you got some damage there. You’re gonna have to take it easy, no dancing, no running, no physical craziness for a while,'” Black said. “I was so bummed because I wanted to be the best guest of all time for your final episode and instead I am literally the lamest!”

O’Brien said he felt terrible — but also acknowledged that it felt fitting for the self-deprecating nature of his show. “When Carson, Letterman and all these legends go off the air everything is meticulous,” he said. “Of course, we would think of a bit with Jack where Jack pretends to get hurt and while shooting it, Jack gets hurt. We’re the only show in the history of the medium that would ever do that. It’s somehow fitting.”

Quipped sidekick Andy Richter: “Johnny would have had Jack shot!”

Black still pulled through with a rousing musical tribute to O’Brien while wearing that boot. Black also reminded O’Brien that his first-ever talk show appearance was on “Late Night with Conan O’Brien.”

“I was scared as hell,” Black recalled. “I was petrified I’d never been in front of a late-night audience before. And you were so smart and funny and kind. It was the best way to enter the late-night television world. And I will always feel a special connection with you and worship you.”

Earlier in the expanded hour and 15 minutes episode, Will Ferrell appeared over Zoom from Boston, where he said he was “shooting a secret project” —and then joked that it was “Batman.”

The episode, taped at the Largo at the Coronet, also included a roundup of guests over the years Martin Short, Zack Galifianakis, Nicole Byer, Andy Samberg and Lea Delaria. Another package featured O’Brien trying out jobs like a Mary Kay beauty consultant, commercial actor and modern dancer. And a “Conan Without Borders” package featured his trips to Cuba, South Korea, Armenia, Israel, Australia, Mexico, Ghana, Germany, Japan, Greenland and Italy.

“It’s been a great way for me to hide my money in banks all around the world,” O’Brien said.

Guests in the audience included O’Brien’s wife Liza, and his long-running assistant Sona Mouvsesian, who surprised the host by being there, even though she is about to give birth to twins.

“Conan” opened with a special clip produced by “The Simpsons” team, in which Homer Simpson gave O’Brien — famously, a former ‘Simpsons’ writer — an exit interview.

O’Brien ended the episode with several thanks:

“First of all, I’m the beneficiary of literally hundreds and hundreds of really talented, amazing people. And then I’m just the nose cone of the rocket. And there’s so many people to thank,” he said before naming executives, producers, writers, actors and his family.

O’Brien ended with these parting words of wisdom:

“And now just close with this one thought I have devoted all of my adult life, all of it, to pursuing this strange phantom intersection between smart and stupid. And there’s a lot of people that believe the two cannot coexist. But God, I will tell you, it is something that I believe religiously. I think when smart and stupid come together, it’s very difficult. But if you can make it happen, I think it’s the most beautiful thing in the world. I am so grateful to all my staff and the fans in this country and around the world who have joined me in this really crazy and seemingly pointless pursuit to do things that are kind of stupid, but have something smart in there somewhere. And then there’s a little tiny sort of flicker of what is a kind of a magic. I think that’s what I believe. So my advice to anyone watching right now, and it’s not easy to do, but try. Try and do what you love with people you love. And if you can manage that it’s the definition of heaven on earth. I swear to God, it really is. So good night. Thank you very much.”