Kolkata: Heavy rainfall is expected to lash several districts of North West Bengal in the upcoming week, the Indian Metrological Department said in a bulletin on Saturday. The weather agency said that an enhanced rainfall activity over North Bengal districts is likely between June 27 to July 3, 2021.

The statement read: “In anticipation of shifting of trough of low towards North Bengal and strong moisture incursion from Bay of Bengal during June 27 to July 3. 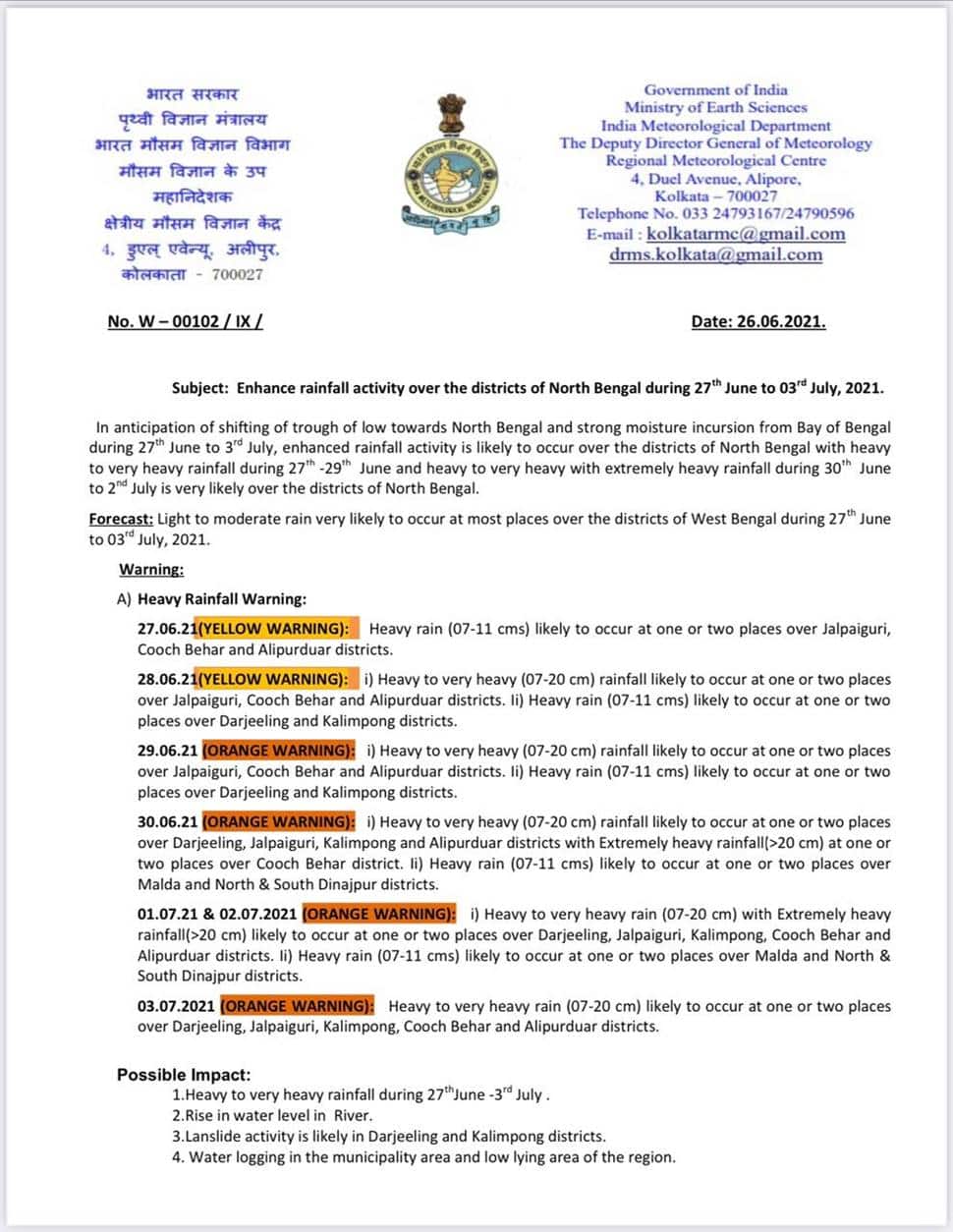 Listing a possible impact of the heavy rains in the state the IMD stated that it could lead to rise in water levels in river, it also warned of landslide activity in Darjeeling and Kalimpong districts. Low lying areas of the region could be water logged.