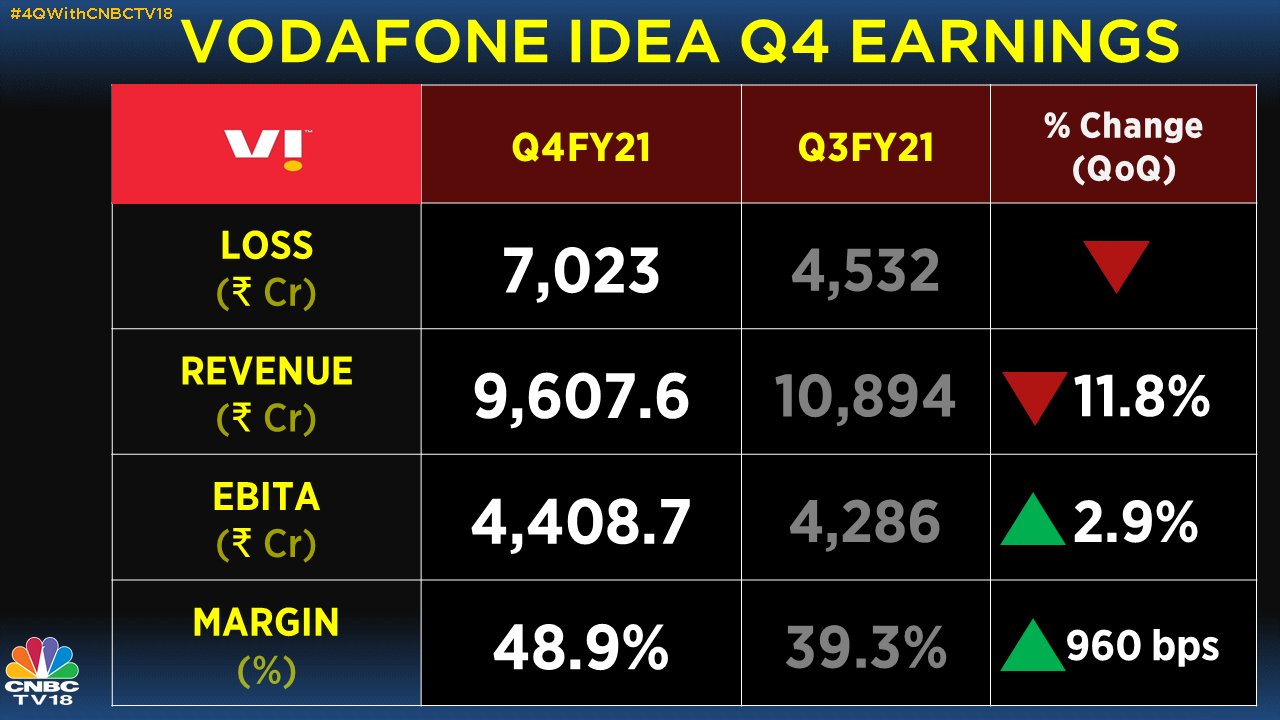 During the quarter under review, VIL posted gross revenue of Rs 9,607.6 crore, as against Rs 10,894.1 crore quarter on quarter (QoQ). The company posted an exceptional loss of Rs 974.3 crore during the fourth quarter.

The subscriber base stands at 267.8 million in Q4FY21, a QoQ decline of 2.0 million. The gross additions continued to improve this quarter as well. Subscriber churn was 3.0 percent in Q4FY21 vs 2.3 percent in Q3FY21. ARPU for Q4FY21 declined to Rs 107 compared to Rs 121 in Q3FY21, on account of removal of IUC, adjusting for which ARPU was broadly flat this quarter.

“There exists material uncertainty relating to the Group’s ability to continue as a going concern which is dependent on its ability to raise additional funds as required, successful negotiations with lenders on continued support, refinancing of debts, monetisation of certain assets, the outcome of the modification application filed with the Hon’ble Supreme Court and clarity of the next installment amount, acceptance of its deferment request by DoT and generation of cash flow from operations that it needs to settle/renew its liabilities/guarantees as they fall due. As of date, the Group has met all its debt obligations,” it said.

Ravinder Takkar, MD & CEO, Vodafone Idea Ltd, said “FY21 has been a transformational year for Vodafone Idea with several important milestones achieved including the launch of our unified brand “Vi”. In the year of the pandemic, when people and businesses were hugely dependent on telecom connectivity, we delivered superior network experience and improvement in several operating metrics supported by Vi GIGAnet, which remains the fastest 4G network in India, as per Ookla, as well as the network with highest rated voice quality as per TRAI. We enter FY22 with a renewed focus on executing our strategy to keep our customers ahead, and our cost optimization plan remains on track to deliver the targeted savings. We are in active discussion with potential investors for fundraising, to achieve our strategic intent.”