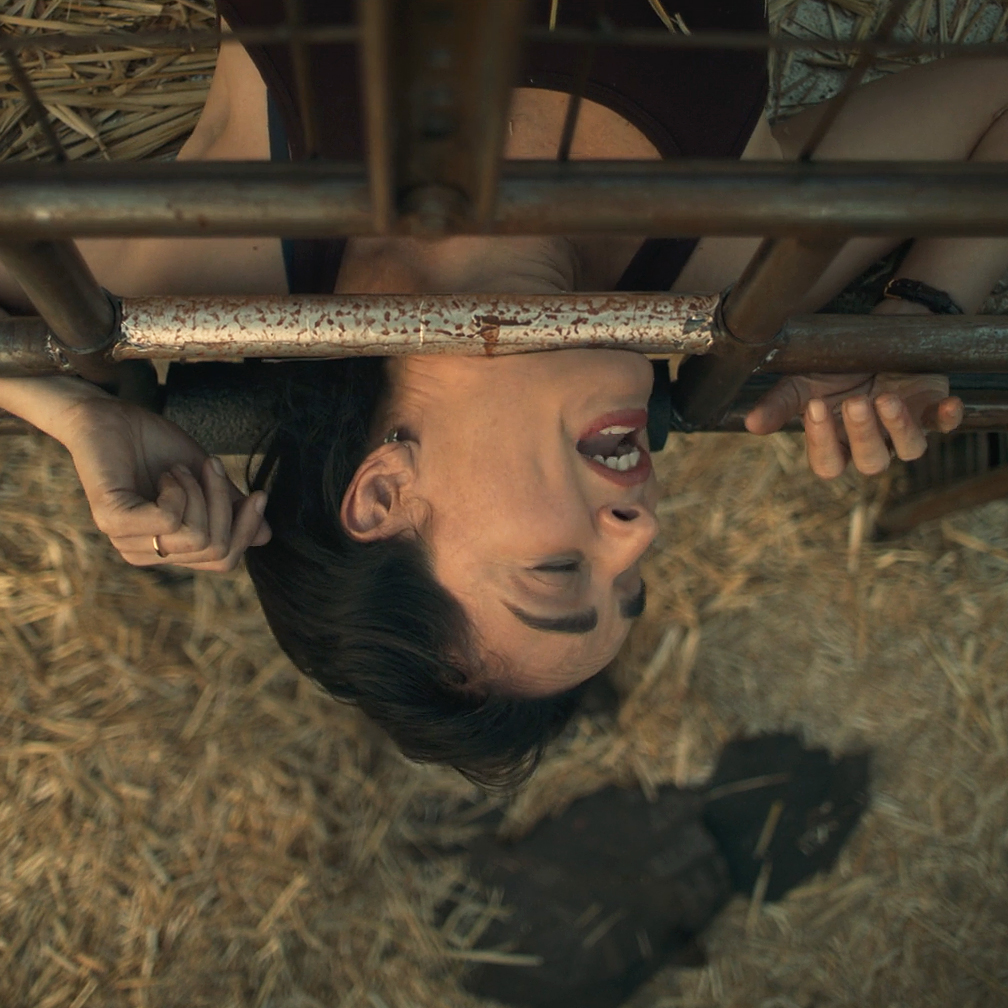 Mainstream popular culture about the American far right often is deliberately cautious — or, less charitably, timid. Take Hulu’s adaptation of “The Handmaid’s Tale,” which portrayed the horrors of author Margaret Atwood’s imagined future fascist theocracy in which women and queer people are targeted, but left out the parts in which people of color are deported en masse and probably exterminated. Another example would be the Marvel Cinematic Universe villain Thanos, who commits mass genocide in the “Avengers” movies, but in an egalitarian manner: He murders half of everyone in the universe for the sake of the environment, without regard to race, creed or religion.

These pop culture series engage with real world hatreds but tweak how they present those hatreds, so that their products have some distance — some deniability — from the idea that they might be taking sides against those who harbor them today. It’s OK to have films with metaphors about politics, they seem to say, but it’s important to avoid the denigrated quasi-art form known as agitprop if you want to stay respectable in Hollywood.

James DeMonoco’s “The Purge” franchise, in contrast, has never been especially concerned with respectability. Released by the low-budget horror production company Blumhouse, the series’ first entry, 2013’s “The Purge,” was a scuzzy slasher variant that gestured more or less sincerely at racial and class commentary. Later films, though, have gotten slowly and progressively more political. “The First Purge” in 2018 was explicitly antifascist and antiracist, with Black and other nonwhite protagonists fighting an explicitly right-wing government and white-hood-wearing radicals.

The latest and (supposedly) final film, “The Forever Purge,” directed by Everardo Gout, is if anything even more blunt. Some critics will undoubtedly criticize its lack of nuance or sophistication (ignoring the fact that, in the end, it’s ultimately part of “The Purge” franchise). But in ugly times, maybe there’s value in making art that’s honest enough to be ugly — and honest enough to be hopeful, too.

The movie is extremely clear that when the violent right talks about overthrowing the wealthy, it’s just propagandistic cover for white populism and racism.

The series has all been set in a near future where a far-right religious party, The New Founding Fathers of America, was elected on a law-and-order platform. It instituted The Purge, a 12-hour period in which all laws are suspended, and people are encouraged to embrace purging freedom by killing one another. This supposedly reduces their desire to kill during the rest of the year.

In “The Purge: Election” (2016), the NFFA was defeated and The Purge eliminated. But the party regained power and, when “The Forever Purge” begins, The Purge is once again going strong in America. Two undocumented Mexican immigrants, Juan (Tenoch Huerta), and his wife, Adela (Ana de la Reguera), survive the night in a secure facility with neighbors — but the next morning they find The Purge hasn’t ended. Right-wing militias have taken The Purge into their own hands and intend to keep rioting and killing indefinitely. As the U.S. descends into chaos, Juan, Adela, Juan’s rancher employer Dylan (Josh Lucas) and a few others make a run for the Mexican border, which will close in six hours.

In early Purge films, the Purgers were presented somewhat ambivalently: They were associated with far-right violence and bigotry, but there was also a class war aspect to The Purge. The poor could (at least in theory) spend one night a year targeting those better off.

Some of the Purgers in “Forever Purge” also plan to shoot the rich. But the movie is extremely clear that when the violent right talks about overthrowing the wealthy, it’s just propagandistic cover for white populism and racism.

The new forever Purgers use fascist rhetoric about cleansing the country of foreign elements: “We will find you and disinfect you. America will be American once again.” They also use racial slurs; in one memorable scene, a white man with a swastika tattooed on his face celebrates the sounds of nearby gunfire, identifying by sound alone AR-15s, Glocks and double-barreled shotguns. “Homegrown music from the heartland. That is American music, mother——!” he exults.

The script takes several breaks from the obligatory genre gunfire and blood to express a faith in this country and its people.

“The Forever Purge” straightforwardly identifies fascism as an American ideology, rather than a foreign imposition. By the same token, it embraces a vision of America centered on people whom fascists often consider to be foreigners.

The rancher, Dylan (who has some racist presuppositions himself), is courageous and at least sporadically competent. But it’s Juan and Adela who know best how to handle themselves in a fight, and who are able to take advantage of their community’s antifascist networks, which notably include Black and Indigenous people. “Been fightin’ this fight for 500 years,” a Native leader named Xavier (Gregory Zaragoza) observes drily. For once in white-savior-obsessed Hollywood, the battle against white violence isn’t led by someone who looks like Gene Hackman or Kevin Costner, but by the people who have been fighting white violence all their lives.

But, in fact, the script takes several breaks from the obligatory genre gunfire and blood to express a faith in this country and its people. “America is everything,” Adela says. It’s a place where people can be American and Mexican — as well as American and Italian, American and Jewish, or American and Black. She sees her adoptive country not as a melting pot, but as a nation of diasporas, which takes her in as she is.

Juan is, understandably, skeptical. He knows that Adela’s America isn’t for the most part the America we have. The movie knows that, too; its assessment of the United States is just bleak enough to ring true. But for that reason, its hope has a hard won, if fragile, conviction. The Purge feels endless — but the American people put it in place, and the American people can end it. It doesn’t have to go on forever.

First though, “The Forever Purge” reminds us, we need to be honest about what we’ve made, and which side we want to be on.