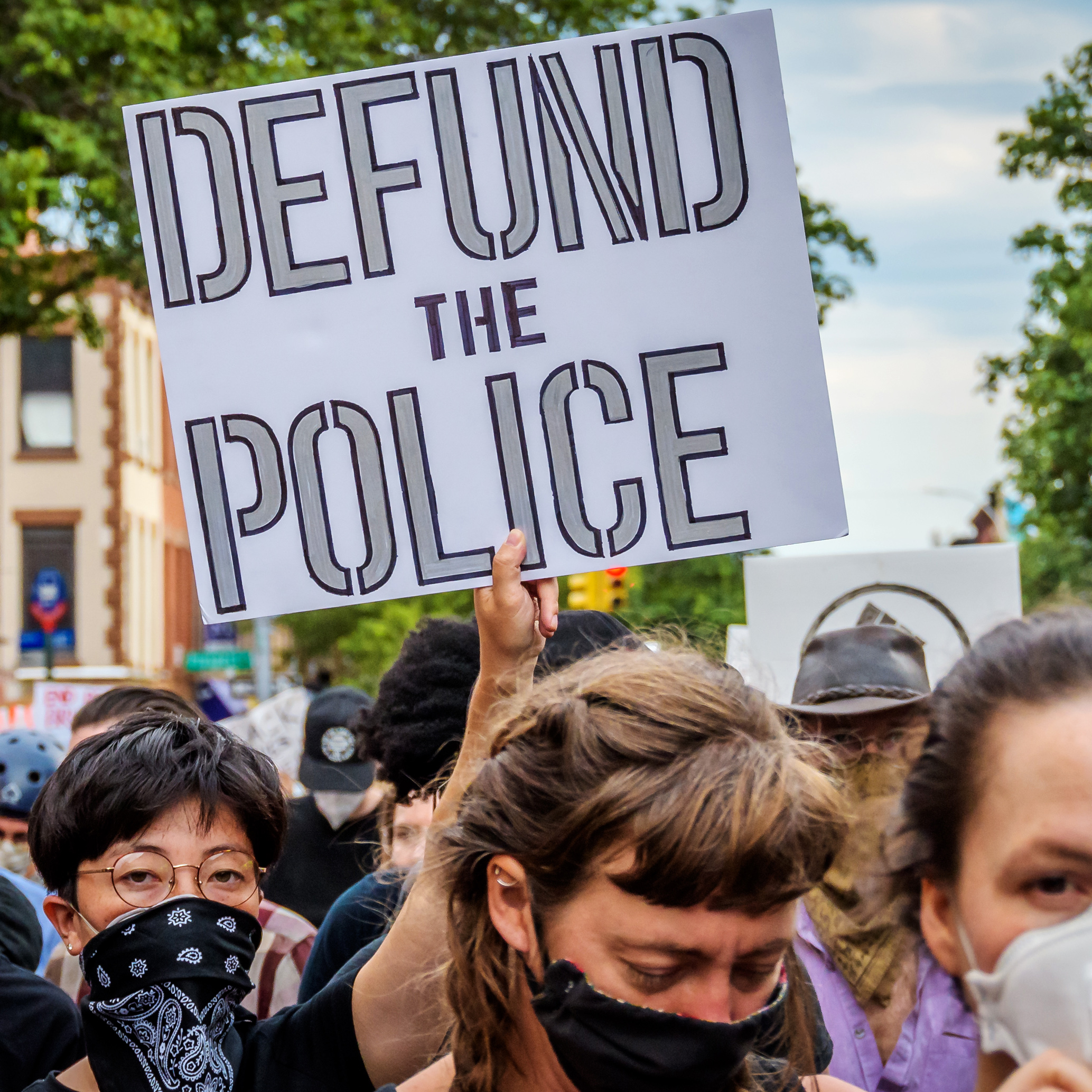 WASHINGTON — In solidly conservative Mississippi, Mike Ezell, a Gulf Coast sheriff, is centering his primary challenge against the incumbent Rep. Steven Palazzo on “defund the police” — or his opposition to it, a position shared by both men.

“Sending someone to Congress to support law enforcement and oppose efforts to defund the police are key parts of Sheriff Ezell’s background that make him a natural fit for issues people are focusing on right now,” Josh Gregory, a senior adviser to Ezell’s campaign, said.

GOP operatives in Washington see the debate over rising crime rates and police funding levels as a potent issue that will be the centerpiece of their campaign to take control of the House and the Senate in next year’s midterm elections. It motivates base party voters — as evidenced by the primary fight in Mississippi’s 4th District — and Republican insiders believe it will also help them win crossover support from Democrats and independents in key districts and states.

“It is very much a base-and-swing message,” said Dan Conston, president of the Congressional Leadership Fund, a super PAC that supplements House Republicans’ campaign efforts.

That was the case in 2020, when Republicans nearly captured control of the House on a pro-police messaging that ran the gamut from the stark appeals of then-President Donald Trump to more nuanced themes.

“In some districts, we focused on ‘defund the police’ and the broader culture fight,” Conston said of areas in which base turnout was most imperative. “But in many suburban districts, we took ‘defund the police’ and turned it into a public safety issue about whether there should be increased or decreased police in your neighborhood, and what public safety officials do to keep people safe.”

A Washington Post/ABC News poll released Friday showed that Americans disapprove of President Joe Biden’s handling of crime by a 48 percent to 38 percent margin. And 59 percent say crime is an “extremely” or “very” serious problem. Additionally, 55 percent say more funding for police would result in a decline in violent crime.

Ultimately, Republicans are unified rhetorically on funding for traditional policing and Democrats are divided over that.

Trump is leading the charge for the GOP on the policing message.

“After just five months, the Biden administration is already a complete and total catastrophe,” the former president said at a rally in Ohio in late June. “I told you, crime is surging. Murders are soaring. Police departments are being gutted. Illegal aliens are overrunning their borders. Nobody’s ever seen anything like it.”

It’s not just Republicans who see Democrats vulnerable on the issue.

Biden rejected the framing of the “defund the police” movement during his 2020 bid for the White House, calling for additional resources for state and local law enforcement. In retrospectives conducted by Democrats about the 2020 election, the lack of clarity about where they stand on policing was cited as a cause for their disappointing results in several congressional races. And Democratic activist groups are trying to figure out how best to respond — if at all — to the Republican line of attack.

In recent days, the Biden administration and its allies in Congress have tried to turn the narrative around by pointing to lawmakers’ votes against an American Rescue Plan law that provided $350 billion to state governments.

“Republicans are very good at staying on talking points,” White House director of public engagement Cedric Richmond said on Fox News on Sunday. “But the truth is, they defunded the police, we funded crime intervention.”

Republicans argue that Biden bears responsibility for the members of his party who want to take money away from police forces — or reallocate it to programs that address systemic issues that sometimes result in police interactions, such as mental health challenges, homelessness and poverty.

“President Biden’s failure to hold his own party accountable for defunding police is endangering communities and triggering a spike in crime across the country,” said Emma Vaughn, national press secretary for the Republican National Committee. “American small businesses, families and communities are experiencing the devastating effects of anti-police rhetoric and police department budget cuts at the hands of Democrat politicians.”

What’s not in dispute is that violent crime is surging. For example, the murder rate in the United States increased by 25 percent in 2020, ending a quarter century of decline, and that trend has continued into this year.

In some cities, rates in 2021 have been higher than the same periods in 2020, but that has been attributed to the relatively low crime rates in 2020 that were caused by pandemic lockdowns. Critics of Republican messaging have argued there isn’t a surge, but a return to normalcy.

It’s also indisputable that many major Democratic-run cities cut their police budgets in recent years, including New York, Chicago and Los Angeles. Some are now reversing or softening those decisions.

Lynn Vavreck, an expert on political messaging at the University of California, Los Angeles, said that identifiable examples of crime going up may be more important than the context of long trends or the rates at the time of the midterms.

“All that the reality needs to do is put that stuff on the table and then it will take on a life of its own,” she said, adding that crime rates are a proxy for the cultural issues that remain infused in the national political debate in the post-Trump era.

“Identity-inflected Trumpy issues have redefined this political moment,” said Vavreck, who is working on a book about the 2020 election. “You know what’s going on here in your gut. This is about the BLM movement, the defund the police, the response to that. It’s about race and identity,” she said, referring to the Black Lives Matter movement.

Republicans say that, come election time, it won’t matter that Biden himself has proposed spending more money on police because voters understand that many Democrats disagree with him.

“The heart of their party has stamped loud and clear for the country how they feel about police and what specifically they want to happen to police departments,” Conston said. “They are behind the eight ball.”