The end is here. After weeks of watching Tak Dong Kyung (Park Bo Young) and Myeol Mang (Seo In Guk) alternatively run from, dread, and accept their fate, we’re finally going to get answers on just what Sonyeoshin’s (Jung Ji So) mysterious plan was all along.

Will Myeol Mang and Dong Kyung finally get their happy ending? Will Cha Joo Ik (Lee Soo Hyuk) and Na Ji Na (Shin Do Hyun) finally stop dithering around and get together? The truth is here and it feels so good.

Here are our favorite moments from the final episodes of “Doom At Your Service.”

Warning: spoilers for episodes 15-16 below.

1. Dong Kyung building a life of her own

The bulk of the penultimate episode is spent showing Dong Kyung’s life without Myeol Mang. It’s a life that has echoes of her former existence before they even met, but it isn’t the same. She tries harder. She takes pleasure in the little things when she can. With her tumor having vanished, she accepts Joo Ik’s job offer and returns to work. She even takes a leaf out of Ji Na’s book and writes a story based on her love life!

The point is that she doesn’t wallow. She seeks Myeol Mang out in small moments like rain when she’s coming from work, like his empty cavernous home, and cries herself to sleep on some days, but she keeps going on. It’s a tender depiction of grief and the human capacity for endurance. This is the life he gave her at the cost of his own, so she’s going to cherish it as much as possible. That’s why it’s all the more beautiful when his sacrifice is rewarded.

As guessed, the flower Sonyeoshin was cultivating with such care was Myeol Mang! He had to die and shed his existence as a butterfly in order to blossom as a flower. The show once again refers to its initial philosophy of there being no happiness without pain, no winter without spring. Because this wouldn’t have worked unless Myeol Mang died. Sonyeoshin was counting on Dong Kyung loving Myeol Mang and showing him that humanity deserved a chance, and on Myeol Mang loving Dong Kyung so much that he saw the world through her eyes.

At long last, Dong Kyung and Myeol Mang are in the right place at the right time, and are able to join their lives together without fearing an inevitable separation. And it’s so well-deserved.

Myeol Mang may be a person now, but despite his new name, his old personality remains in full force. He still dislikes Park Young (Nam Da Reum) and debates on killing Dong Kyung’s boss. But that’s all that remains of the hardhearted man we used to know.

Sonyeoshin did him several favors upon sending him to his new life: synchronizing everyone’s perception of him so that they see him as the same person, automatically getting him a job at the hospital he wandered around so often (Myeol Mang, did you even go to medical school?), and leaving him his nice large home and car for free. It might as well be his severance pay for all those years he spent as a butterfly. Myeol Mang finds new purpose in life, no longer as someone who destroys just by existing, but as someone whose existence can save others. It’s a fitting full circle journey, as he dwells with gratitude and humility in the company of those he previously shunned, learning from them and even enjoying their company.

It’s adorable how he has to be reminded to do human things now. Traveling no longer occurs in seconds, and he has to drive places. He can’t change clothes in the flick of a switch; he’s got to take them off now. No smoking or drinking: he has to watch what he puts in his body now. As for entering Dong Kyung’s dreams, well, that’s no longer possible either. And as he discovers, his human body requires rest no matter how much he wants to talk to the girl he loves.

They have jobs now, lives of their own, and can’t spend every moment glued at the hip. Even their marriage will realistically have to wait as they settle into their new normal. But none of that matters because they’re together, alive and healthy. And that’s the greatest gift of all.

4. Joo Ik and Ji Na finally getting together

This feels like it took too long, but we’re finally there. Ji Na seems to have gotten over Hyun Kyu a while ago, which raises the question of why she and Joo Ik danced around each other for so long, but they’re over that hurdle. She’s finally stopped writing “fiction” that’s really just autobiographical, and he’s finally stopped dragging things out. They’re a strange duo, but neither is exactly all that normal, as Joo Ik admits, and it’s only fitting that these two oddballs end up together.

Joo Ik and Hyun Kyu’s relationship is slowly mending, but it might be a while before all wounds heal. But that might be for the best, because Hyun Kyu’s got a new friend!

Kang Soo Ja (Woo Hee Jin) and Kevin (Daniel C. Kennedy) permanently relocate to Korea. Tak Sun Kyung (Dawon) is offered the position of manager when Hyun Kyu expands to a second store. Sonyeoshin gets heart surgery and embarks on a new project, a new flower, while enjoying life to the hilt in the manner that only a young schoolgirl can. She’s alone now, more alone than Myeol Mang ever was because he always had her at the very least. But her love for humanity, her joy in nurturing her flowers, her seeds, her next butterflies, will always carry her forward. Myeol Mang is no longer Doom, but Doom will always exist, so perhaps Sonyeoshin won’t be alone for long. 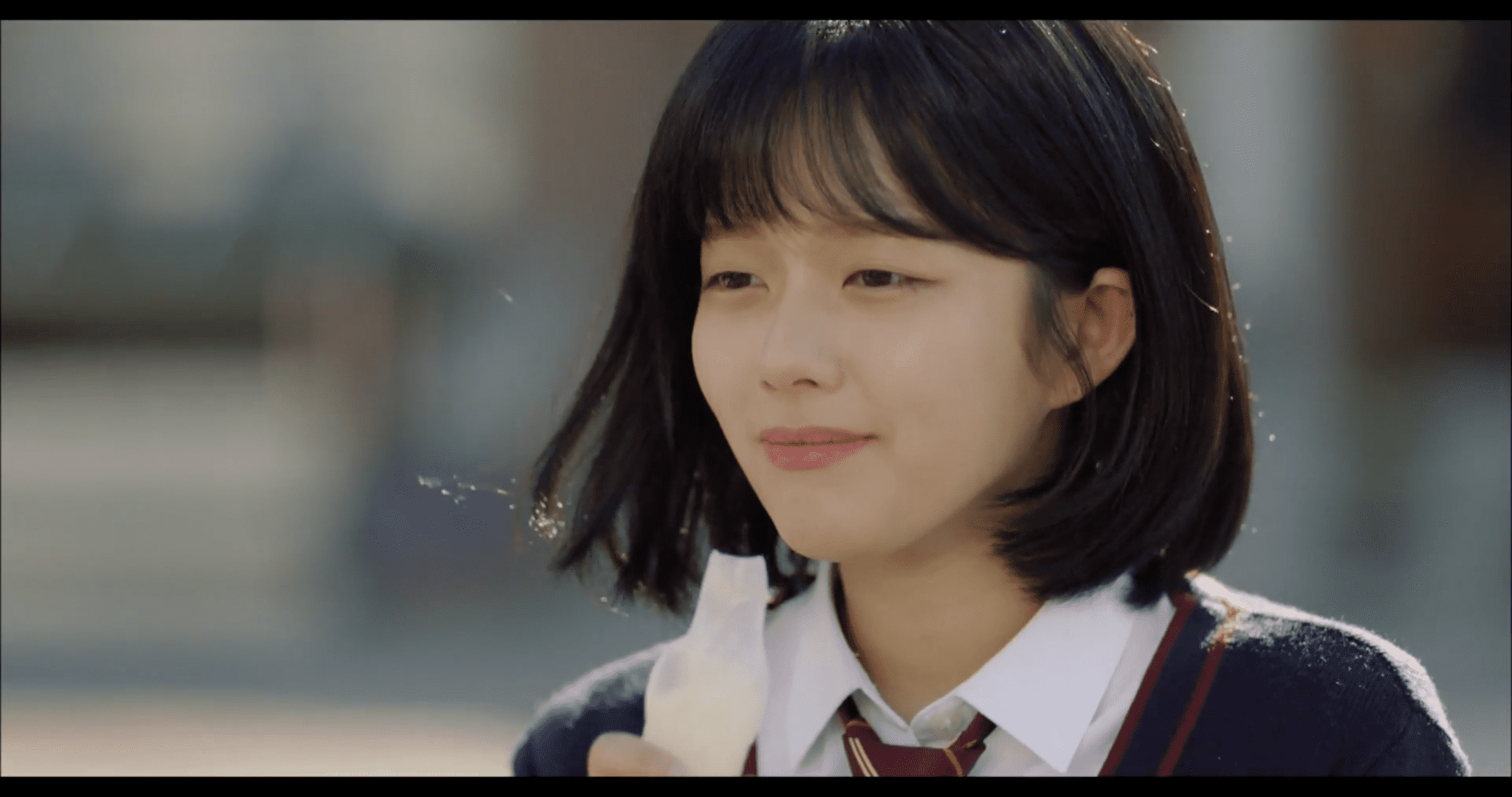 Dong Kyung will have to flee Joo Ik’s persistent efforts to recruit her writer alias as an author and Myeol Mang will forever make heart eyes at the sight of her and ask when their wedding is. Bit by bit, they’ll go on. Life will go on, and soon they’ll fade into the dust of time. And that is as it should be. Because if there’s anything this show uplifts, it’s the idea that a quiet happy life with the person you love is a life well lived.

“Doom At Your Service” was many things and as unexpected in premise and execution as its hero showing up at its heroine’s door. Rather than the fast-paced action-packed fantasy romance many expected, this was a bleak yet tender, weary yet hopeful journey through depression, suffering, and grief. At its core, this show celebrated the mundane despite all its fantasy. There were no over-the-top fantasy villains, because in its own way, life is enough of a villain. Dong Kyung and Myeol Mang both struggled with life, with finding purpose in it and being sick of it.

But life isn’t all bad. This show emphasizes above all that some dark times bring rewards, some hard lessons are its own reward, and that small moments of joy should always be seized and held tight in a world where doom is ever present. And those are words we can all find comfort in.

Check out the drama below:

What did you think of this week’s episodes? Let us know your thoughts in the comments below!

Shalini_A is a long time Asian-drama addict. When not watching dramas, she works as a lawyer, fangirls over Ji Sung, and attempts to write the greatest fantasy romance of all time. Follow her on Twitter and Instagram, and feel free to ask her anything!