New Delhi: Days after the death of filmmaker Raj Kaushal, his wife and actress Mandira Bedi has removed her display picture from her social media account as a mark of mourning. Mandira, who is still inconsolable after losing her husband has turned her display picture black to pay tribute to her late husband. 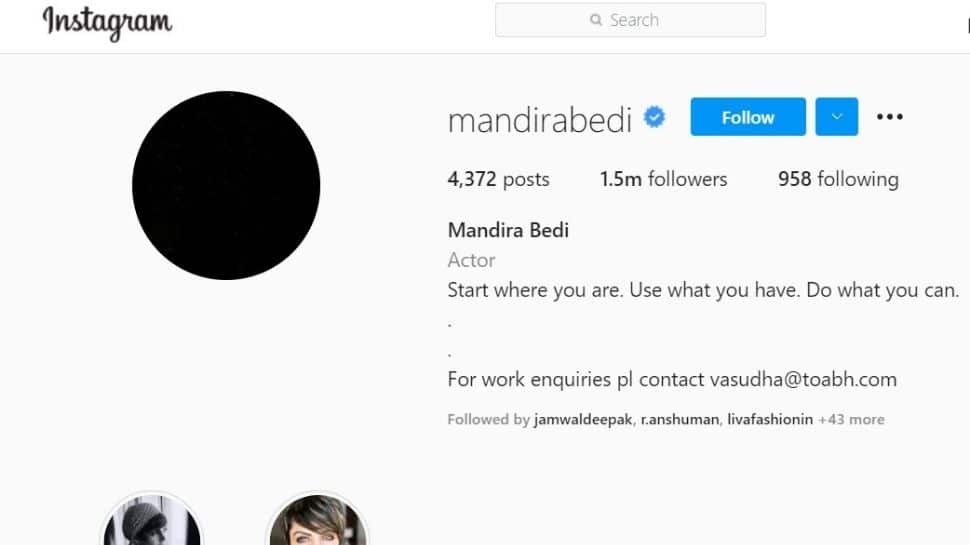 Raj Kaushal was a renowned filmmaker and producer. He suffered a massive heart attack on Wednesday morning (June 30) and succumbed to it. Raj Kaushal was 49.

Hearing the unfortunate news of his demise, several of his celeb friends and fans thronged social media and extended their condolences to the family.

On Saturday (July 3), many celebs were spotted at Mandira Bedi’s house for a prayer meet dedicated to the late Raj Kaushal. Mouni Roy, Samita Bangargi, and Vidya Malavade among others were present to provide emotional support to a shattered Mandira.

Music director Sulaiman Merchant recently shed more light on the eve of Raj’s death in an interview ETimes. He revealed that the filmmaker was feeling uneasy the evening of his demise and had taken an antacid tablet to combat the queasy feeling. However, in the middle of the night, at around 4 am, Kaushal had told Mandira that he was getting a heart attack. By the time they reached the doctor, Kaushal had already left them for his heavenly abode.

Raj Kaushal and Mandira Bedi got married on February 14, 1999. The couple has a son named Vir, who was born in 2011 and in October 2020, they adopted a girl child of 4 years, naming her Tara Bedi Kaushal.