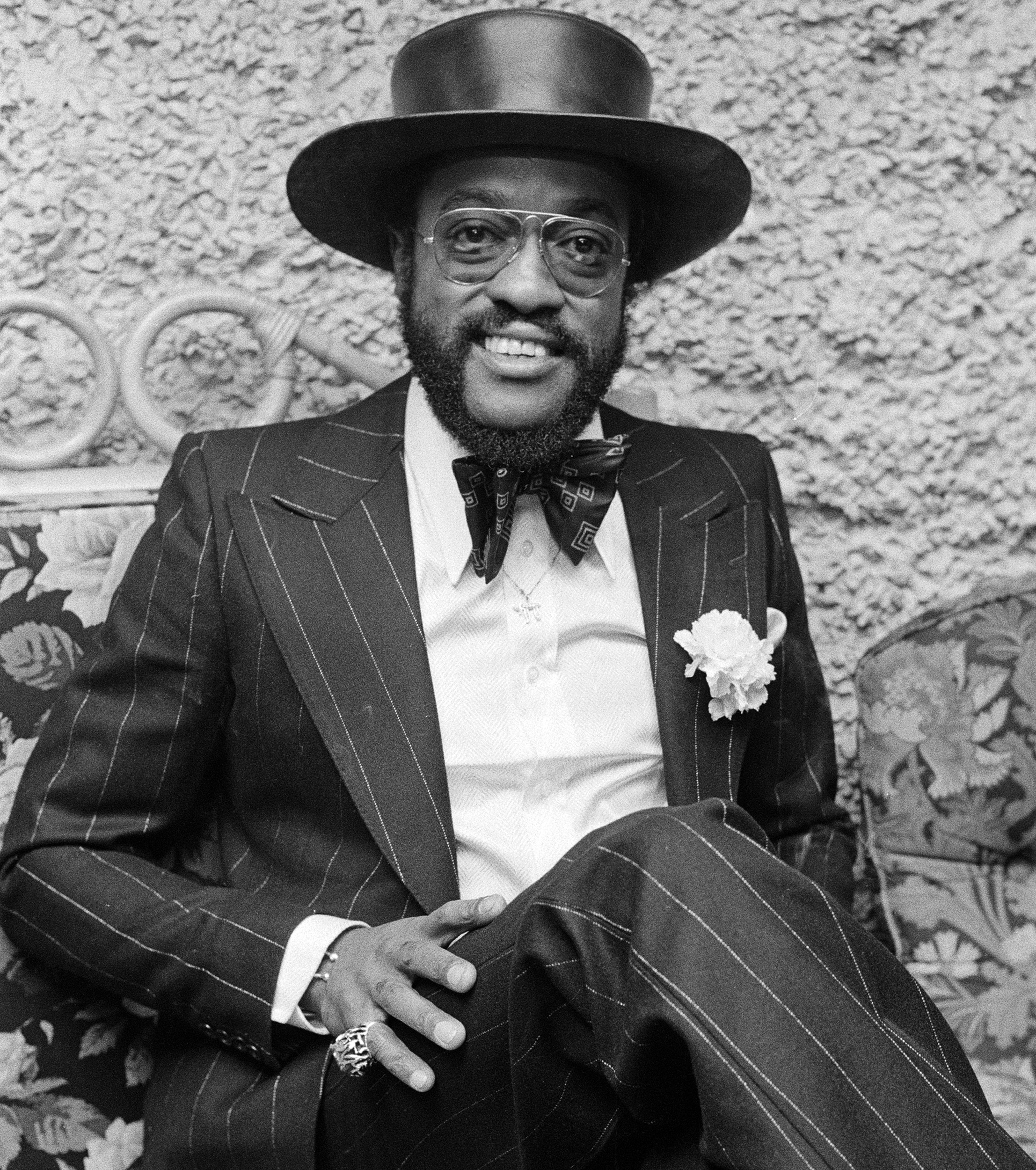 By the early 1970s, Kenny Gamble and Leon Huff were regularly meeting in Gamble’s office by an upright piano with a list of titles and a tape recorder to talk about the news or what was happening throughout Philadelphia. Their chemistry as songwriters and producers, combined with those frequent chats, laid the foundation for some of popular music’s most memorable, socially conscious songs to date.

“It was like Gamble and Huff at the Apollo, man,” Huff recalls. “Gamble would be singing, and I’m playing. Once we got started, we didn’t stop; as fast as I was figuring out which chord to play next, Gamble could write lyrics off the top of his head. It was an amazing time.”

It’s five decades later, and Gamble and Huff are commemorating their lightning in a bottle. The elder statesmen who signed veteran performers like The O’Jays, The Three Degrees, Harold Melvin and the Blue Notes, Teddy Pendergrass, The Jacksons, Billy Paul, Phyllis Hyman, The Jones Girls, Lou Rawls, Jean Carne and Patti LaBelle are celebrating the 50th anniversary of their label, Philadelphia International Records, with a yearlong campaign featuring digital and new media partnerships; remastered and limited edition releases; and monthly themes associated with the now iconic brand.

“The ʼ70s was our era,” Gamble said. “‘Soul Train’ took off, and it became a monster. All of us were together; I give Don Cornelius his props because it seems like every other week, he had one of our artists until all of our artists were on there. It was magnificent and unbelievable.”

Classic songs like “Back Stabbers,” “For the Love of Money,” “If You Don’t Know Me By Now,” “When Will I See You Again,” “Turn Out the Lights,” “Me and Mrs. Jones,” ”Don’t Leave Me This Way,” “You Gonna Make Me Love Somebody Else,” “Love Train,” “You’ll Never Find a Love Like Mine,” “Close the Door,” and “Wake Up Everybody” all stem from Black catchphrases or colloquialisms the writing pair often heard.

Members of the Rock & Roll Hall of Fame, the Songwriters Hall of Fame and the Dance Music Hall of Fame, Gamble and Huff customized each song to fit the artists. The lyrics often spoke of romantic love; embracing their ethnic and cultural identities; or taking steps in the right direction to uplift people from all walks of life.

“We had a star-studded roster with great singers, performers and an orchestra to play,” Huff, 79, said. “It was like a songwriter’s heaven; we had a certain speed and tempo that we wrote from.”

“Some of the things we do just come natural,” Gamble, 77, said. “We talked about the betterment of humanity and allowing human beings to be the instrument. We not only have love songs; it helps alert our community with beautiful music, lyrics and grooves.”

Gamble and Huff met in 1963 getting on an elevator in the office building where they worked four floors apart. Huff, a session musician who worked menial labor, started regularly commuting to Philadelphia from his hometown, Camden, N.J., to hold marathon songwriting sessions with Gamble, a record store owner and leader of a vocal group, The Romeos. Huff, the former co-chairmen of the Songwriters Hall of Fame, cranked out 10 songs at their first full meeting.

“I didn’t have no plan B,” Huff said. “My goal was to make it in the music business some way; I wasn’t doing nothing but washing dishes in hospitals, but I knew that wasn’t my calling.”

Among Gamble and Huff’s early successes were The Intruders’ “Cowboys to Girls,” The Soul Survivors’ “Expressway to Your Heart,” Archie Bell and the Drells’ “I Can’t Stop Dancin’” and Jerry Butler’s “Only the Strong Survive.” Also the owners of several rotating boutique record companies, Gamble and Huff’s first attempt to get distribution from Atlantic Records was turned down.

But Clive Davis, then president of CBS Records, took notice of the pair’s growing list of writing credits and signed them to a distribution deal for PIR in 1971. Gamble and Huff built a stable network with distributors and radio programmers for their past creations but felt it was necessary to land support from a major brand to promote and distribute their consistent output.

“Huff and I had been totally independent, and that’s the way we worked best,” Gamble said. “Every couple of years, you start to notice record companies would have new people in there, but me and Huff worked like dogs, but we love it because we love music. We love doing this everyday; we had fun doing it; and we had a lot of help, especially Black disc jockeys.”

The production duo’s advocacy and activism is responsible for major record labels developing Black music departments; they convinced CBS Records to do so upon landing their deal. “We just looked at our community and our people to figure out what sort of contributions we could make,” Gamble said. “We had our community’s ear, which is hard to get sometimes. We used our music to awaken people.”

Pandora and Sonos Radio HD are both curating playlists paired with Gamble and Huff’s commentaries behind their original compositions. One of PIR’s limited edition releases this year, “Golden Gate Groove: The Sound of Philadelphia Live in San Francisco 1973,” was unearthed on a two-vinyl set on Record Store Day on June 12. Hosted by Cornelius, the host of “Soul Train,” at San Francisco’s Fairmont Hotel as part of an international convention, the show was the first time PIR’s full roster shared a stage.

By 1976, PIR was the second-largest Black-owned music company behind Motown Records. Gamble and Huff’s proof-of-concept made industry executives pay closer attention to their output, putting their company deeper in the black.

“We blew the roof off San Francisco,” Huff remembers. “All of the record executives were on top of the tables dancing, standing in their seats and drinking once the music started playing. Sales went through the roof after that night because people saw firsthand what went on in Philly. It was a great night.”

Gamble concurs: “We didn’t just talk about it. You could see polished acts. When our acts get on stage, they turn the joints out; it’s nothing like hearing the record. We had the chairman of Columbia Records standing on the tables; it was good for the soul.”

Gamble, also the owner of a workforce and community development organization, Universal Companies, is one of the co-founders of Black Music Month. Originally starting from a collective of Black DJs, promoters, executives and artists, the collective voice from the Black music industry landed them on the lawn of Jimmy Carter’s White House in 1979.

The larger mission, Gamble and Huff adds, was to show the economic power of Black music.

“Young people were buying these albums left and right; it wasn’t just singles that Black people were buying,” Gamble continues. “How you take fun, joy and laughter is good, but at the end of the day, jobs are being produced from African American music. We had just about everybody in the whole industry working with us. It sounded right, and it was right to do this.”

Decades later, their work is still actively sampled or covered by various R&B and hip-hop acts, and appears in commercials. They’ve also shared their history on Clubhouse panels, Instagram Lives and a Facebook podcast.

It’s a shift from the analog days Gamble and Huff succeeded in, but they’re committed to keeping their legacy alive.

“Your heart and soul has to be in it,” Gamble said. “Philadelphia International is a great example of doing good business and living up to our word. As long as we can do something that’s positive and add to everything, I’m willing to do as much as I can to keep it going.”