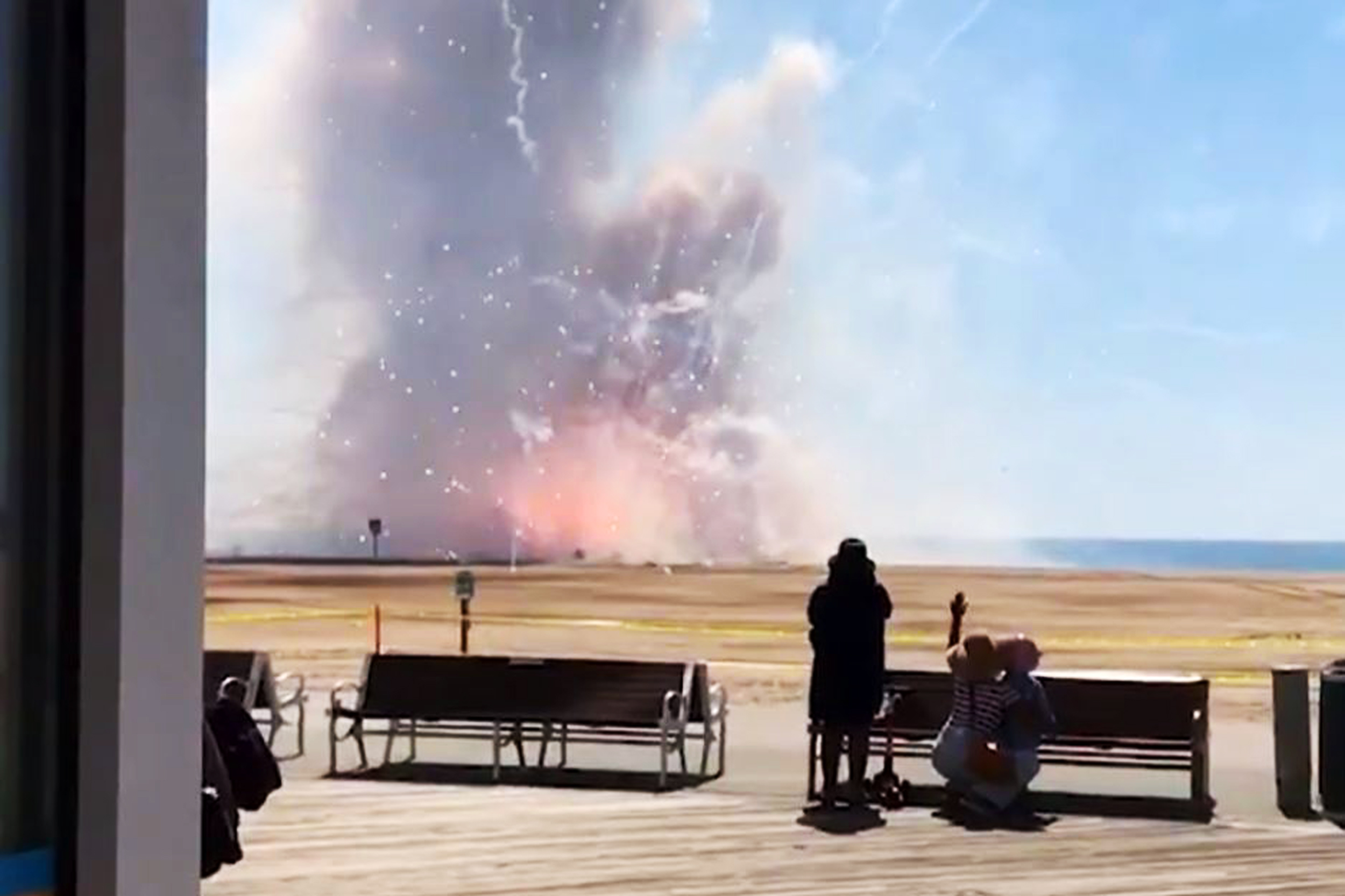 Fourth of July fireworks shows are cancelled in Ocean City, Maryland, after some of the pyrotechnics were accidentally fired on Sunday morning, and the unplanned explosions were caught on video.

What was initially called in as a vehicle fire at about 10:30 a.m. was determined to actually be an accidental fireworks discharge, the Ocean City Fire Department said.

Workers were beginning to set up on the beach for one of the city’s two holiday firework displays when the explosives were unintentionally set off, the fire department said.

Employees with the fireworks company had minor injuries but refused transport to the hospital, and no bystanders reported any injuries, the fire department said.

Videos of the incident made the rounds of social media Sunday, showing beachgoers running away from the shocking display. A massive plume of smoke rose from the beach as fireworks could be heard popping in rapid succession.

One angle caught by a bystander shows the fireworks discharging in smaller, individual plumes of smoke, the flashes of the pyrotechnics still visible despite the backdrop of the morning sun.

Officials said the city has cancelled all Fourth of July fireworks show out of an abundance of caution following the explosion.