Australia will provide immediate health support to Indonesia as it battles its deadliest COVID-19 wave yet, amid growing pressure for the government to step up its response to the escalating crisis “on its doorstep”.

Foreign Minister Marise Payne announced on Wednesday night that medical supplies, including oxygen, as well as 2.5 million doses of the AstraZeneca vaccine will be sent to the Southeast Asian nation.

Minister Payne said she spoke with her Indonesian counterpart Retno Marsudi earlier that day, informing him of the immediate health support.

The package will include $12 million for oxygen-related and other medical equipment, including 1,000 ventilators, up to 700 oxygen concentrators and more than 170 oxygen cylinders, along with 40,000 test kits.

“Further to Prime Minister Morrison’s announcement at the G7 Summit to provide at least 20 million COVID-19 vaccines for the Indo-Pacific region by mid-2022, 2.5 million of these vaccine doses will be shared with Indonesia to support its national vaccine rollout.”

It comes as aid groups this week urged Australia to ramp up its response, warning of a looming catastrophe in the Southeast Asia’s worst-hit nation. A portrait of a woman is laid on her grave at Rorotan Cemetery which is reserved for those who died of COVID-19, in Jakarta, Indonesia,Wednesday, 7July, 2021.

On Tuesday, Indonesia reported a record 31,189 new COVID-19 infections and 728 deaths. Hospitals are already buckling under the pressure, and the government is warning the worst may be yet to come.

Speaking to SBS News before the federal government’s announcement, Save the Childre’s Dino Satria, who is based in Jakarta, said the Indonesian government “is preparing for the worst case scenario”.

Mr Satria said medical aid, such as oxygen and PPE, is urgently needed but vaccines are the most effective means of bringing the virus under control.

“We desperately need more vaccines – that’s the bottom line. Without help from the international community through COVAX, the COVID crisis in Indonesia will quickly spiral out of control.”

Australia has committed $130 million to the COVAX Facility, an international partnership established to ensure equitable distribution of COVID‑19 vaccines around the world, including Indonesia.

Mr Satria said hospitals are dangerously close to capacity, adding that even those fortunate enough to get a bed are dying because of acute shortages.

“It’s really worrying right now because the hospitals are full. And of course, there are issues with oxygen. People are dying in hospitals because of a lack of oxygen,” he said. 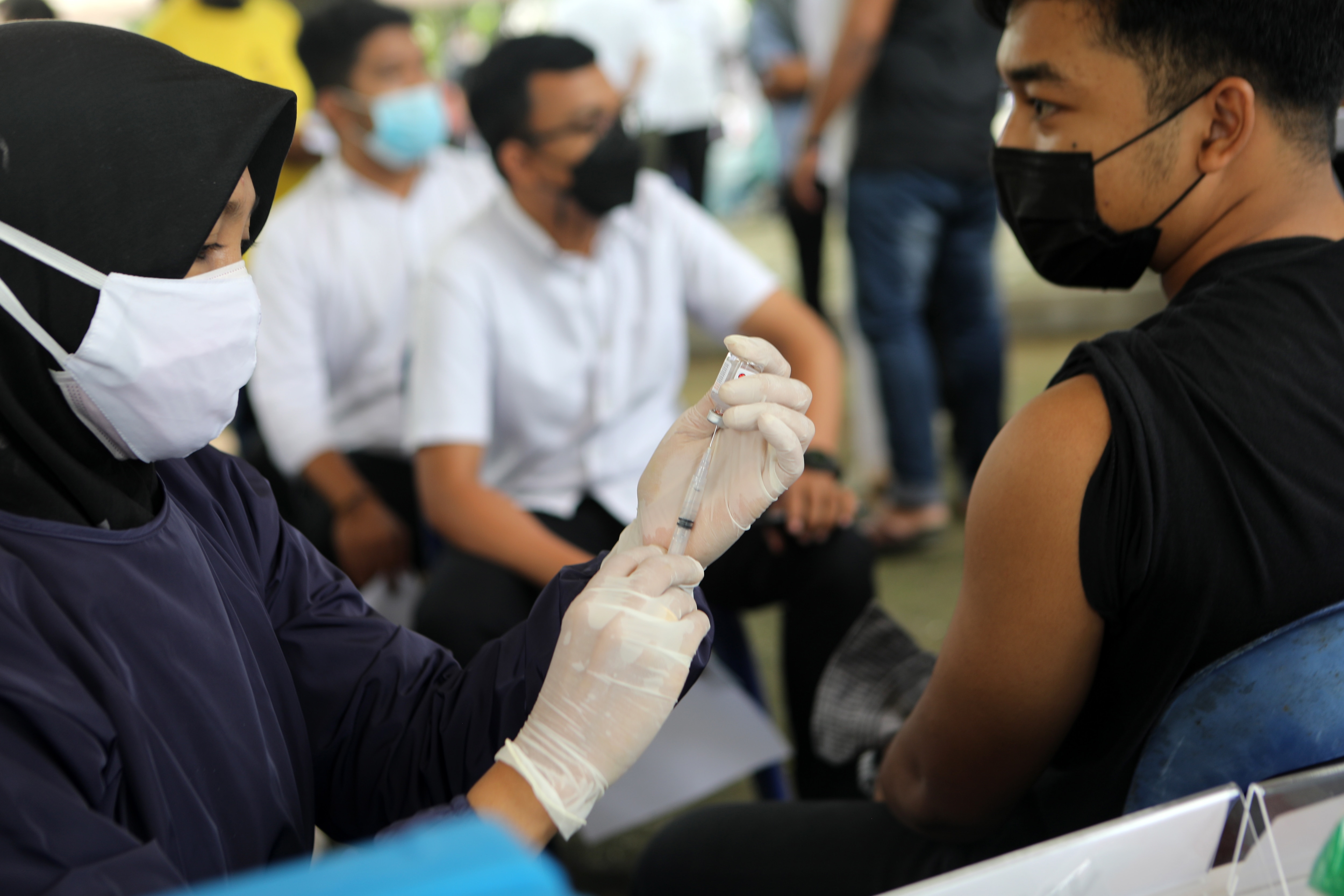 Australian-based Archie Law, who is the Director of International Programs at Save the Children, had earlier called on the federal government to step up and help.

“We know what COVID-19 has done to countries in the region such as India, and now that it’s coming to Indonesia at this sort of scale, Australia has a responsibility as a neighbour and a friend of Indonesia to respond,” he told SBS News.

Indonesia’s latest wave has seen cases of the virus rise sharply among children, where the rate of infection is among the highest in the world, according to Save the Children.

Children account for one in eight cases of COVID-19, with almost 260,000 of the 2.2 million confirmed cases being in those aged under 18. More than 600 children are estimated to have died from the virus.

“Australia is dealing with a children’s crisis on its doorstep,” Mr Law said, calling on the Australian government to immediately export vaccines to Indonesia.

“It’s time to get those moving and that should be this week.”

Minister Payne confirmed Australia is also providing $101.9 million in support of Indonesia’s national vaccine rollout. This includes funding for vaccine procurement through UNICEF ($77.1m), as well as delivery support through the World Bank, UNICEF and WHO, and the ‘Australia Indonesia Health Security Partnership’.

But Labor has been critical of the Morrison goverment’s response, with foreign affairs spokesperson Penny Wong earlier saying it “has not made Indonesia a priority”.

“Australia must act now with a comprehensive response to Indonesia’s needs, including the emergency provision of oxygen. The Morrison government must also explain how it is assisting with Indonesia’s vaccine rollout,” she said on Wednesday, ahead of the announcement.