New Delhi: Bollywood beauty Sonam Kapoor recently busted pregnancy rumours with her clever social media post. The actress, who arrived in Mumbai a day ago, was clicked by the paps wearing a floral maxi dress which led to the beginning of pregnancy rumours among fans.

However, on July 21, Sonam Kapoor squashed the rumours revealing that she’s on her period in her Instagram story. In the picture, she’s seen drinking a glass of ginger tea and holding a hot water bag against her abdomen. Captioning the post, she said, “Hot water bottle and ginger tea for first day of my period.” 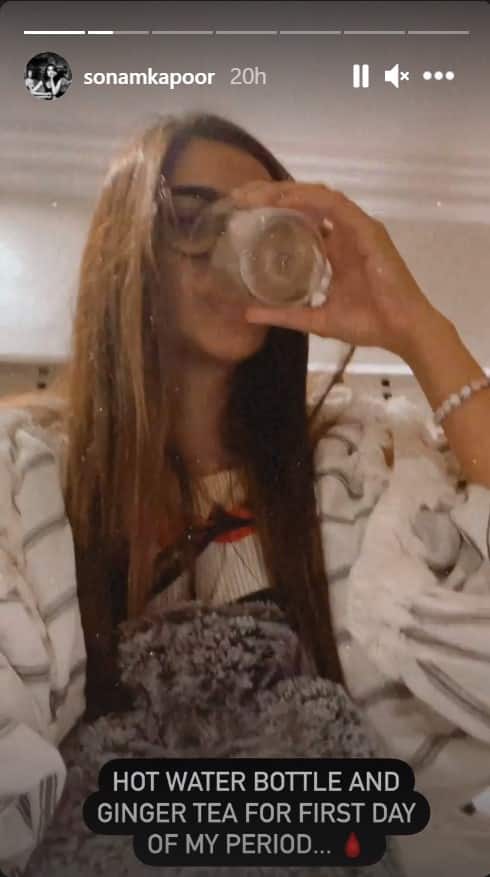 Sonam Kapoor got married to businessman Anand Ahuja on May 8, 2018. The couple had a Sikh wedding and the Anand Karaj ceremony took place at her aunt Kavita Singh’s residence, Rockdale in Mumbai. The couple’s wedding was a star-studded affair which was attended by the who’s who of the entertainment world.

The Kapoors and Ahujas hosted a grand reception party at The Leela, Mumbai in the evening, and several B-Towners were seen in attendance.

On the work front, Sonam will be seen in the upcoming crime thriller titled ‘Blind’. It is directed by Shome Makhija and produced by Sujoy Ghosh, Avishek Ghosh, Hyunwoo Thomas Kim, Sachin Nahar, Pinkesh Nahar, and Manish W.

The film features Sonam Kapoor in the lead role, and Purab Kohli, Vinay Pathak, and Lillete Dubey in supporting roles.