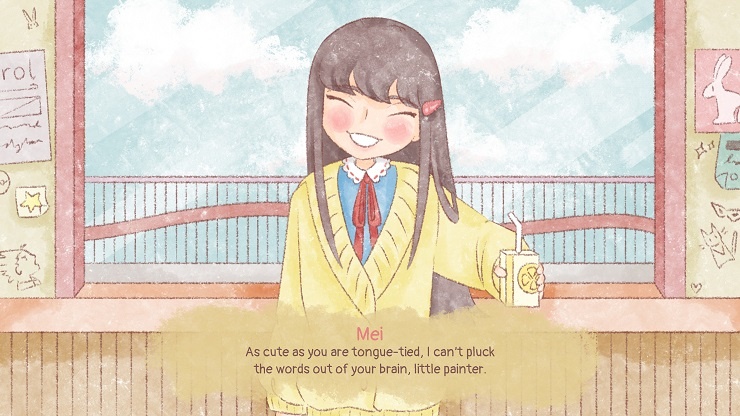 lemonade. is a short story of finding the courage to tell someone how we really feel about them. What will they say back?

I’d see just about any of us knows what it’s like to carry a crush for someone. To like them, but never being sure if they like you the same way back. Lots of folks will try to tell you that the worst thing they could do is say “No” if you ask them if they like you, too. Those people probably aren’t thinking of the awkwardness that could come up if the other person doesn’t feel the same way. What that might do to the good friendship you have already. How it hurts to be unwanted by the person you care about. If you don’t ask, you don’t know, right? It’s never easy to make that leap. 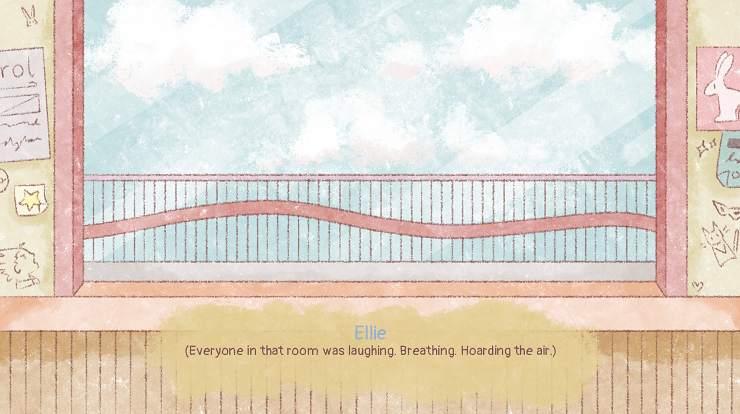 Here, we share a moment with Ellie and Mei. Mei has followed Ellie up to the roof after she fled there, having been embarrassed by a boy in her class waving her love letter around. She’s a ball of anxiety, but she’s lucky to have a friend like Mei to talk her down and offer her something calming to drink. Together, they’ll have a short conversation about what happened and their feelings, leading you through many of those complex emotions that come from telling someone about your true feelings. Luckily, things don’t turn out so bad in the end.

lemonade. is a sweet, touching look at love and anxiety, and the terror that comes from telling someone what we feel about them. It’s quite powerful in its brevity. 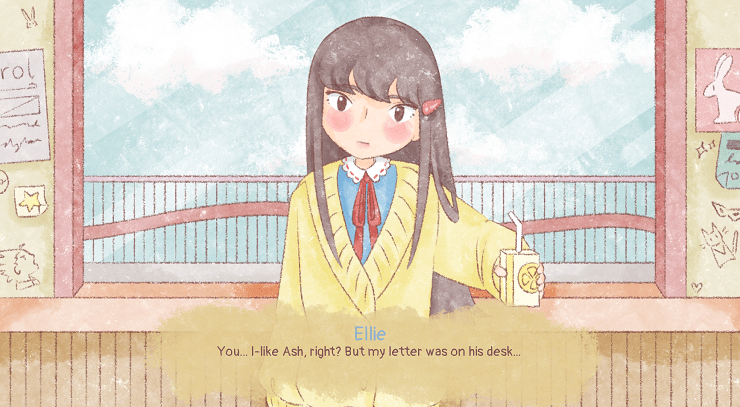 lemonade. is available now on itch.io.