New Delhi: Bollywood actress Mandira Bedi recently held a puja at her home with her kids as her husband and filmmaker Raj Kaushal’s demise completed 30 days. She took to Instagram to share a picture of her performing a puja with her kids Vir and Tara in the frame. In the photo, she’s seen wearing a black Kurta with white embroidery and is seen taking part in the havan with complete attention. 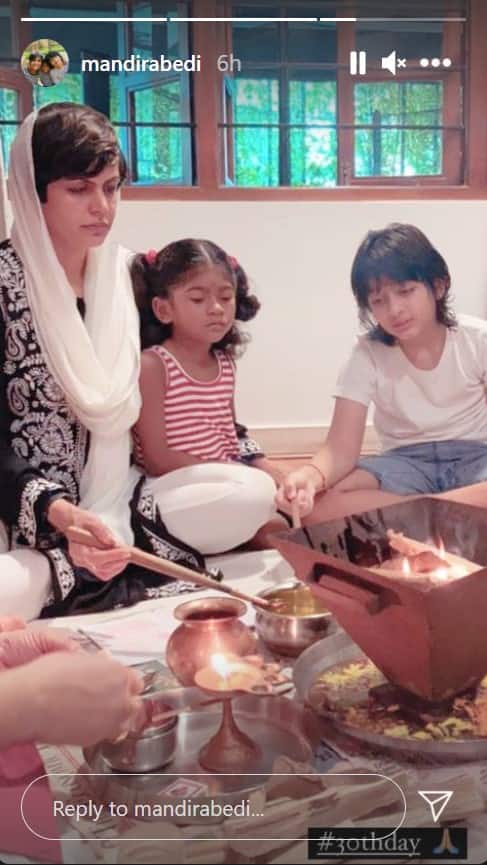 On July 28, Mandira had taken to her Instagram handle to share a heartfelt picture post on daughter Tara’s 5th birthday. Along with a beautiful caption, she posted family pictures with son and late husband Raj Kaushal.

Mandira’s husband Raj Kaushal was a renowned filmmaker and producer. He suffered a massive heart attack on Wednesday morning, June 30, 2021, and succumbed to it. He was 49. Hearing the unfortunate news of his demise, several of his celeb friends and fans thronged on social media and extended condolences to the family.

Raj Kaushal and Mandira Bedi got married on February 14, 1999. The couple has a son named Vir, who was born in 2011 and in October 2020, they adopted a 4-year-old girl child, naming her Tara Bedi Kaushal