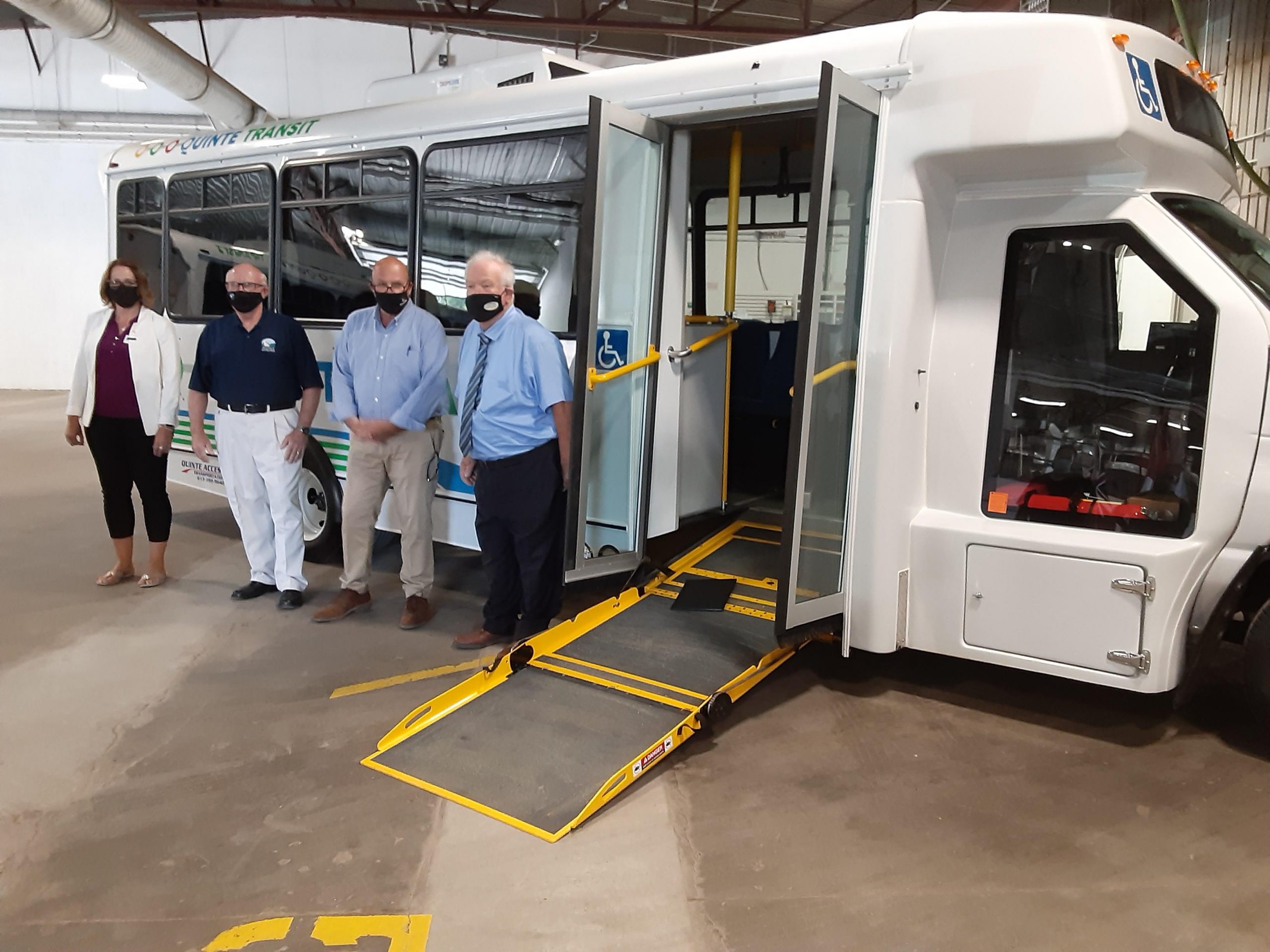 Officials from Quinte West and Belleville gathered at the transit hub in Quinte West to mark the launch of the new route which gets underway on Monday.

This route will stop at Loyalist College and Belleville’s bus terminal.

Quinte West Mayor Jim Harrison tells Quinte News it will have an impact on employment.

“Yes there are many people who don’t drive. This is a way they can connect, or if they’re going to Loyalist, once they get to Belleville hub they can choose whereever they want to go. I see it as a beginning.”

Belleville Councillor Bill Sandison says, “For us it’s really, it’s the completion of partnership with Quinte West and with Loyalist College. To be able to provide ridership connectivity for the entire region. “

“So Quinte Access has done a lot of work throughout Quinte West and this is now the final leg in that link. So that will allow people to commute using public transit basically across the entire region.”

Sandison says it’s a win for Belleville. “We get people that are employed in one area or the other that work and live in other parts of the city that are able to use transit. Of course we’ve got a heavy population of students both in Trenton and Belleville.”

Quinte Transit Executive Director Shelly Ackers tells Quinte News, “The in-town transit right now servicing the Trenton area, we have three routes on it. We average about 200 passengers a day between the three routes.

“With this we don’t know what the uptake is going to be like at first but they know from the calls and the requests that have come in that there’s a lot of people looking to get into Belleville especially to Loyalist College.”

Quinte Transit Board’s Chair Don ONeil tells Quinte News, “Today means great satisfaction. I’ve been a proponent of this transit for many years. I felt Quinte Access had a role in it. So, I’m pleased to see this beginning, thanks to Shelly (Ackers) and mayor and council.”

Quinte West received funding both from the federal government, $660,560 and $550,411.63 from the province of Ontario, helping to establish the new route. 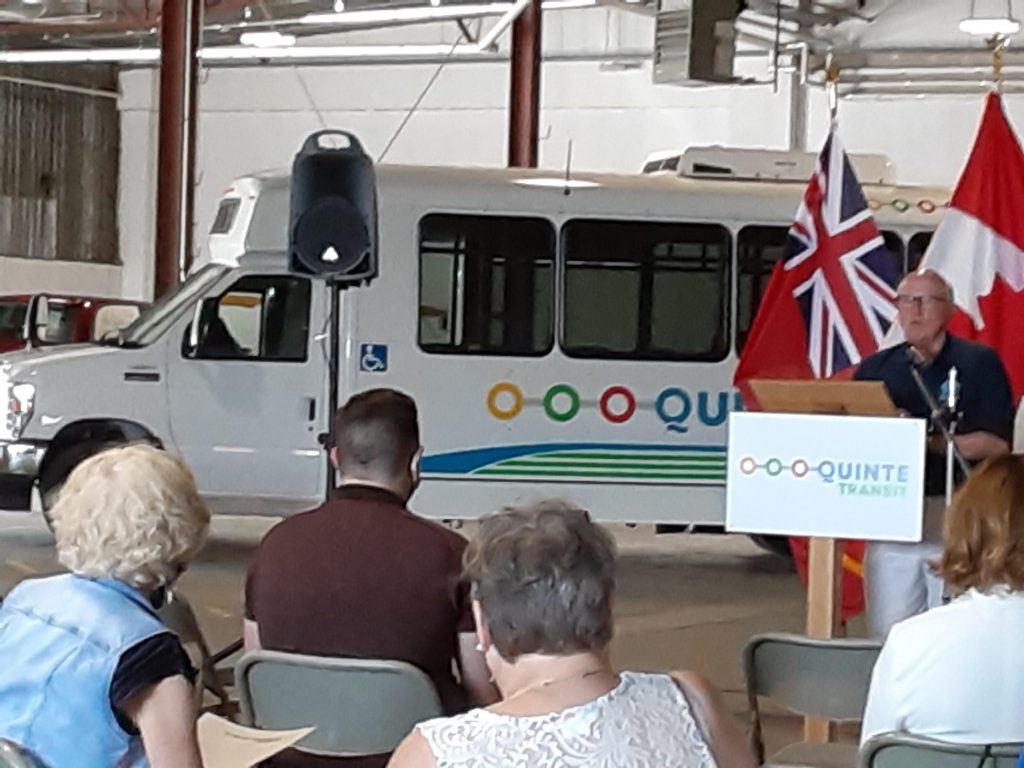