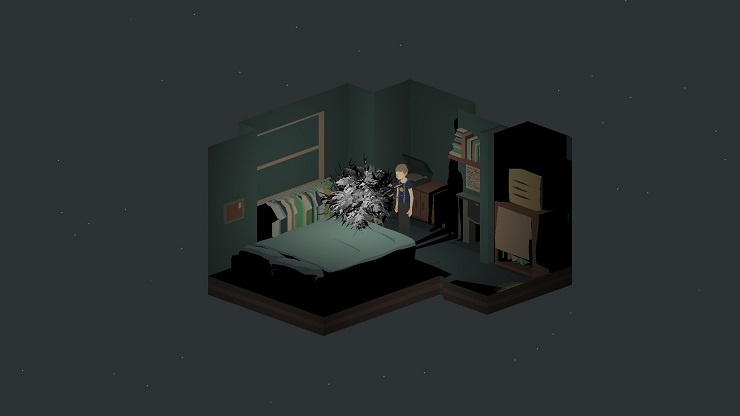 Cruel governmental circumstances are forcing Bo and Ao apart, so you’ll spend time helping them pack and remember in No Longer Home.

The pair have been sharing a place for a year, but visa limitations are forcing Ao to move back to Japan. No matter what the pair might want to do, nothing will stop this split. So, there’s little left to do besides pack up and get ready for the forced move. Not that packing is all you’ll do, as you can spend some time playing video games, having meals with friends, and reminiscing over the things you’re putting in boxes. It’s a sad time in saying goodbye, but what you make of this time is vitally important. 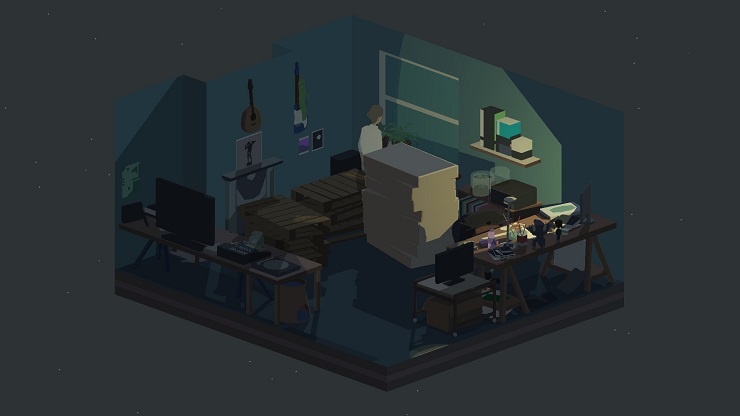 The game was designed as an autobiographical tale of sorts. It was designed as a way of staying connected for its developers, who also found themselves forced apart after university. In doing so, it gave them a means to explore and express the feelings of saying goodbye, and help out others who found themselves similarly split apart from the families they created for themselves. Sharing a space is a special thing for two people to do, and when that connection has to be broken (especially when it wasn’t your choice), it creates some complex feelings that are hard to get through. It’s wonderful to see a game offer some outlet for these emotions for people to share in, even if I’m terribly sad that the developers had to go through it.

No Longer Home conjures up some sad memories of past connections, but I’m happy it exists to help players come to terms with their feelings in times when they have to move away from someone they’ve come to care about.