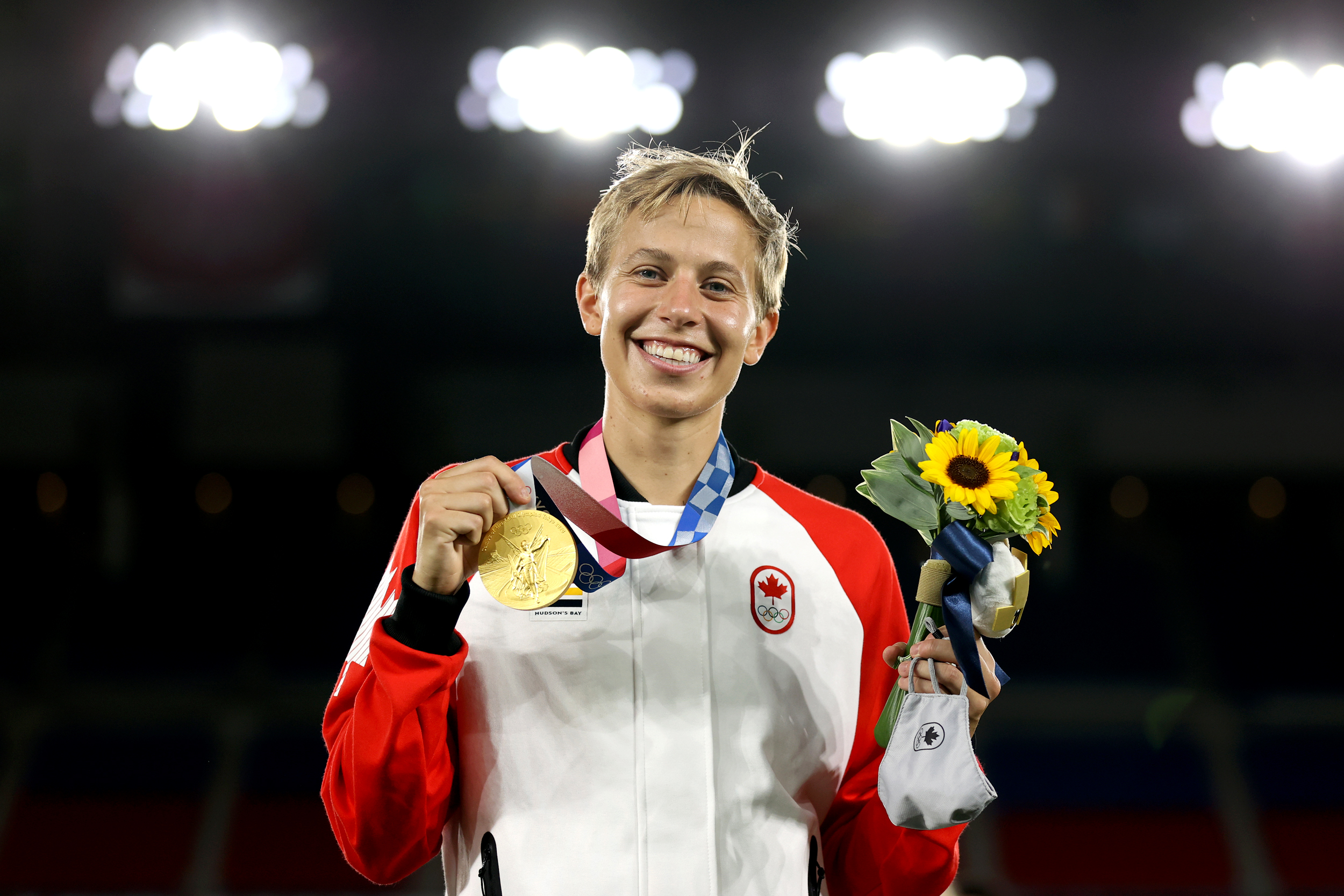 Canadian soccer star Quinn became the first openly transgender athlete to ever win an Olympic medal following their team’s stunning defeat of Sweden in the women’s final on Friday.

Canada’s 3-2 win over Sweden in penalty kicks marks the first time the Canadian women’s soccer team has ever won Olympic gold and the first women’s Olympic soccer final to be decided on penalty kicks, according to FIFA.

Quinn was one of at least three transgender and/or nonbinary athletes to compete in the Tokyo Games — along with New Zealand weightlifter Laurel Hubbard and the American skateboarder Alana Smith — but Quinn will be the only one to leave with a medal.

Canada entered the championship match after defeating the top-ranked United States 1-0 on Monday, thanks to a penalty kick in the 75th minute of the game. The U.S. women’s national team went on to nab bronze in a 4-3 win over Australia.

“I’m so proud of my team. They’re my best friends. I’m so glad we’re bringing back a better medal than bronze,” Quinn, who goes by one name and uses gender-neutral pronouns, said after their team’s win over the U.S. in the semifinals, according to Canadian news outlet CBC.

The Toronto native made their Olympic debut at the 2016 Rio de Janeiro Games, where they helped the team win a bronze medal. They previously played for Duke University, then professionally for the Washington Spirit, Paris FC and the Seattle Reign FC, according to the Canadian Olympic Committee website.

Quinn came out as transgender and nonbinary in an Instagram post earlier this year and encouraged followers to be better allies to trans people by putting their pronouns in their Instagram bio, following trans people such as the author Janet Mock and practicing using gender-neutral pronouns with friends or in the mirror.

“Coming out is HARD ( and kinda bs),” they wrote in September. “I know for me it’s something I’ll be doing over again for the rest of my life. As I’ve lived as an openly trans person with the people I love most for many years, I did always wonder when I’d come out publicly.”

There are at least 182 out LGBTQ athletes at the Olympics this year, according to the latest count by the LGBTQ sports website Outsports. As of Friday, at least 30 — including Quinn — have won medals.

Jo Yurcaba is an associate editor at NBC Out.