New Delhi: A controversial tweet of Congress leader Rahul Gandhi with a picture of him meeting the family members of a nine-year-old Dalit girl who died in Delhi following an alleged sexual assault showed as “no longer available” on the microblogging website for violating its rules.

Posting a picture of his meeting with the girl’s family on Wednesday, Gandhi had tweeted in Hindi: “Parents’ tears are saying only one thing — their daughter, the daughter of this country, deserves justice. And I am with them on this path to justice.” 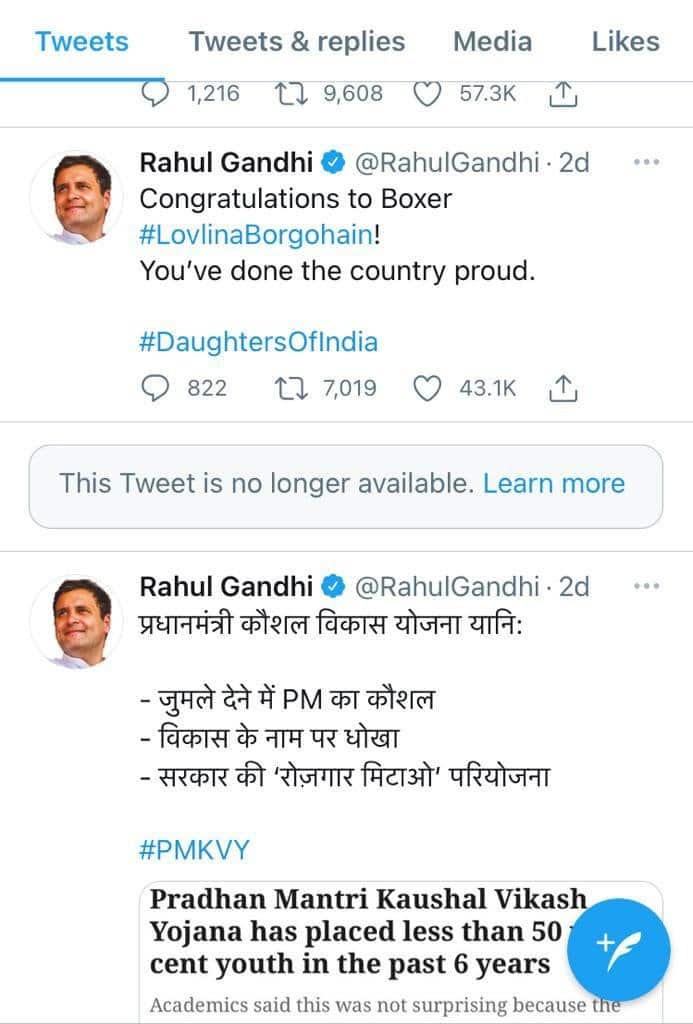 The National Commission for Protection of Child Rights (NCPCR) had asked the Delhi Police and Twitter on Wednesday to take action over Gandhi posting the photo of the girl’s family on the microblogging website, saying it violates the Juvenile Justice Act and the Protection of Children from Sexual Offences (POCSO) Act.

Gandhi had met the girl’s family members on Wednesday and the Congress leader asserted that he is with them on the path to justice and ‘will not back down even an inch’.