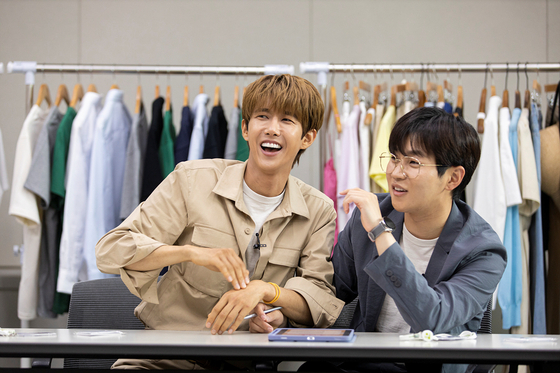 
Retail and fashion companies are pitching their products more subtly these days.

Unlike in the past when they created commercials exclusively focused on a product, increasingly they are choosing to create short entertainment clips that only briefly show the products. The rest of the video is just entertainment featuring popular celebrities.

The goal through the videos is to appeal to younger consumers in their teens to their 30s.

Samsung C&T, which runs fashion brands like Beanpole and 8 Seconds, opened its own YouTube channel in June.

The channel runs various entertainment shows on the channel.

One of the shows stars singer Hwang Kwang-hee and rapper DinDin, who are the new faces of Samsung C&T.

They offer fashion and styling tips to potential consumers using the company’s apparel. They also deliver the clothing to people in person.

“These days, young consumers tend to feel a repulsion towards direct advertisements,” said Ko Seo-kyung, a spokesperson for Samsung C&T. “So we opened a channel that people can enjoy and sympathize with, through which we indirectly introduce our goods instead of explaining the details and characteristics of each good.”

The number of people registered with SSF Shop did not increase significantly in July because “July is an off month for the fashion business.” 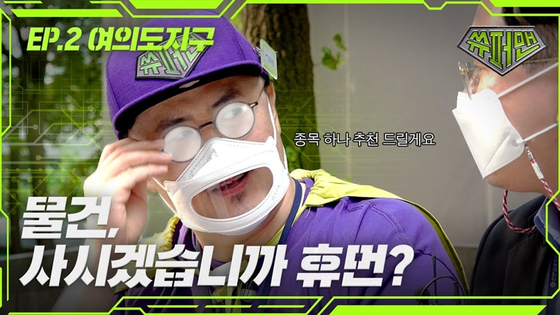 Rapper Defconn tries to sell CU convenience store products to a guy on a street in an entertainment show aired on CU YouTube channel. [BGF RETAIL]


CU, a convenience store franchise, is taking a similar approach featuring rapper Defconn. The company, which has 618,000 subscribers, started a show called Superman in mid-June.

In the show, Defconn sells CU products to people on the street without telling that they are products from the convenience store franchise.

Though Defconn does not mention CU brand to the buyers, he carries around a bag with a CU flag.

“The goal of our channel is not to advertise the brand or our products, but to influence preferences and increase awareness,” said Kang Yi-ju, a spokesperson for BGF Retail, a CU operator. “We hope people who are not interested in CU will click the videos to see Defconn and just enjoy.”

It recently hired Minhyuk and Hyungwon from Monsta X as models for its Inssa Oppa YouTube channel.

Inssa Oppa, which has more than 400,000 subscribers, is designed to share Korean trends in music, fashion and beauty.

Minhyuk and Hyungwon sing, dance and act in the featured videos, which have many comments written in foreign languages.

“Recently, we started to aim for indirect advertisements rather than direct commercials because consumers are showing stronger response in the case of the former,” said Hong Soon-chul, a spokesperson for GMarket. “Consumers these days tend to watch content only if they feel like they are gaining something.”

Other companies providing similar content on their YouTube channels include Lotte Department Store, which opened “Hauteur the day” in February.