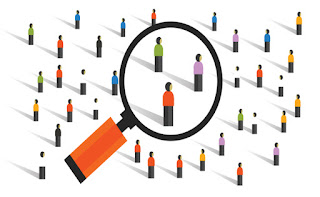   It makes possible the study of a large population which contains different characteristics.

  It saves the sources of data from being all consumed.

Sometimes we can’t work with population such as blood test, in that situation sampling is must.

·    In opinion poll, a relatively small number of persons are interviewed and their opinions on current issues are solicited in order to discover the attitude of the community as a whole.

·    At border stations, customs officers enforce the laws by checking the effects of only a small number of travelers crossing the border.

·    A departmental store wises to examine whether it is losing or gaining customers by drawing a sample from its lists of credit card holders by selecting every tenth name.

·    In a manufacturing company, a quality control officer take one sample from every lot and if any sample is damage then he reject that lot.

  Creates samples that are highly representative of the population.

  Sampling bias is tens to zero.

  The possibility to make inferences about the population.

The process of selecting a sample from a population without using statistical probability theory is called non-probability sampling.

Here we can use Non-Random selection of sample to produce a result.

·   It can be used when demonstrating that a particular trait exist in the population.

·    It can also be useful when the researcher has limited budget, time and workforce.

·        Enable researchers to reach difficult to identify members of the population.

Difficult to make valid inference about the entire population because the sample selected is not representative.