Taking to her Instagram handle, the actress recently gave a view of the Kapoor family’s rich legacy and shared a vintage photo of her late grandfather Raj Kapoor with his wife Krishna Raj Kapoor.

Remembering the beautiful couple, she wrote in her Instagram story, “Dada and Dadi,” with a heart emoji on a black and white picture. 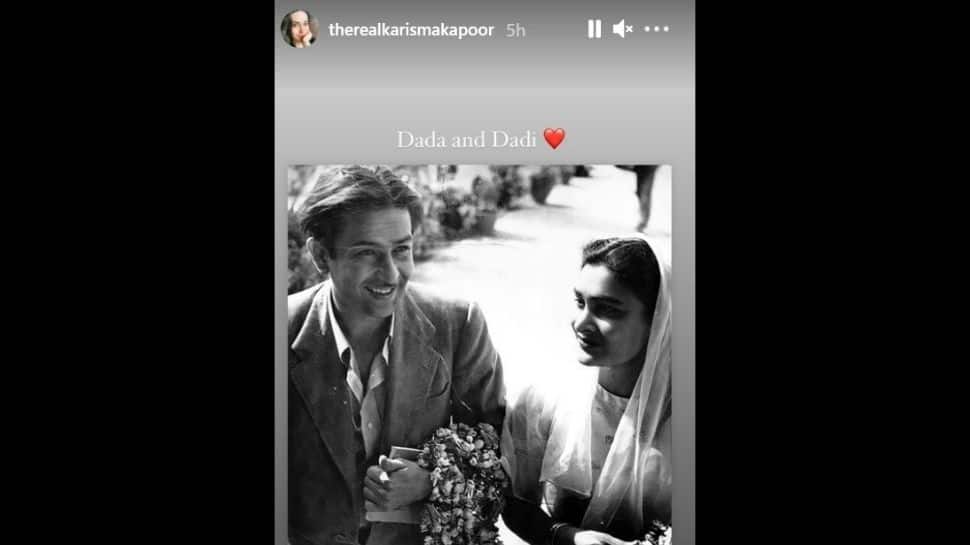 In the monochromatic picture, the actor and his wife were seen holding flower garlands in their hands and were posing for the picture.

She is often seen sharing throwback pictures of her family on social media. After her uncle Rajiv Kapoor’s death in February, this year, the actress posted an image featuring her grandfather, father Randhir Kapoor, and uncles Rishi Kapoor and Rajiv Kapoor. The photo was originally posted by her sister and actress Kareena Kapoor Khan.