Photographer Sails Chong has published an acoustically satisfying video that shares the sounds of 18 different camera shutters and certainly qualifies as photography ASMR.

If you are not familiar with “autonomous sensory meridian response” (ASMR), it refers to the “tingling sensation people get on their scalp, neck, and upper spine when triggered by specific kinds of sounds or visuals. This includes whispering, rain, scratching, tapping, crunching, crinkling, crumpling, or in this particular case, the “lovely shutter sounds of 18 cameras from 135 full-frame to 810 large formats.”

The five-minute video layered with a music track by Arcade Fire (from the HER soundtrack) cycles through an impressive list of systems including the Pentax SP, Olympus OM-1, Fujifilm GX680, Rolleiflex 3003, Hasselblad 503CW, Phase One XF, Mamiya RB67, Sinar Expolux, and several others. All of the cameras are fired in bulb and burst modes to provide the full gamut of the auditory experience.

With such a variety of DSLR cameras on the market, the sounds those systems make can be wildly different. Regardless of the type you have, the sound of a camera shutter is always a recognizable one. At large events like trade shows, weddings, celebrity red carpets/movie premieres, and government press briefings, the sound of so many shutters firing at once can almost be deafening. This is why it is nice to slow things down and go back in time with these old film rigs and let the nostalgia wash over you. Maybe you might have worked with some of these systems during your career and these sounds can trigger some fond memories. 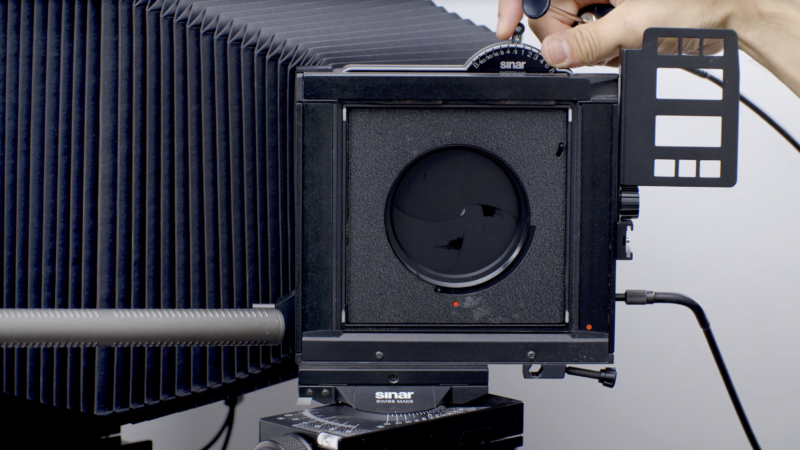 Even if you have never heard of some of these systems, let alone plan to use them, this video from Chong is still quite soothing to listen to, especially since the variety of cameras and their respective shutter sounds vary so wildly. The only thing that seems to be missing from this video is a Leica system and its “iconic” shutter sound, but maybe that, along with some other classic systems, will be included in a follow-up video.

In 2019, PetaPixel shared a similar video from Scott Graham that covers the sounds of 37 different shutters in three minutes and 30 seconds and fills in several other camera “gaps” for the shutter-audiophile.