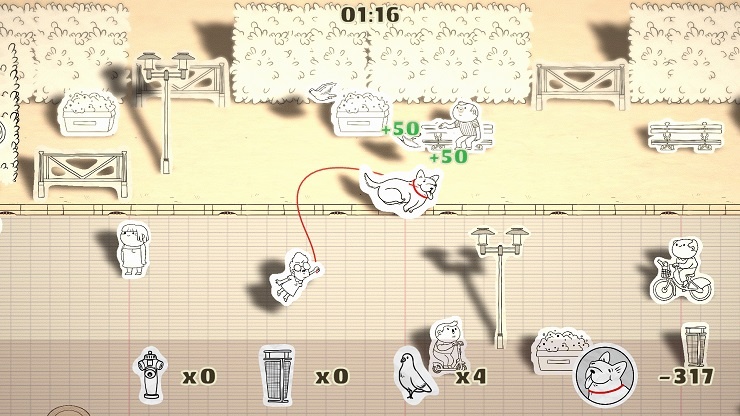 Long Leash has you helping a dog find the most exciting stuff on the streets. Just try not to pull your owner into too many hazards on the way.

You’re a dog, so you’ve got stuff you want to check out. Pigeons, fire hydrants, and garbage cans all seem pretty neat, so you’re pretty excited to go see all of those things while out on a walk with your owner today. You’re pretty strong, though. Strong enough to easily drag your owner anywhere you want to. They’re attached to you by your leash, so if you’re not careful, you’re definitely going to pull them into a person, lamppost, or something else that will hurt pretty bad. It’s just so hard to focus on that while there’s so many things to sniff and knock over, though. 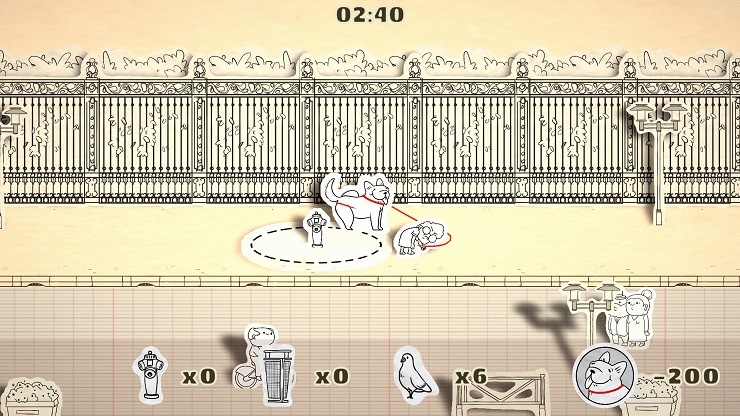 To make the dog as happy as possible, you have to make contact with all of the stuff they like while hopefully avoiding smashing your owner into things. Like a real dog, though, hey don’t seem to care all that much about how things are going so long as something is making them happy that instant, though. You might be concerned about your points, but the look on that happy dog’s face tells me that they don’t really care. I mean, do what you can not to get all tangled up (your leash is quite long and has some give to it, so expect to get tied up if you’re not careful). And preferably don’t hurt your owner. I’m just saying the dog will be cheerful either way.

Long Leash is a short, silly experience in finding a dog’s joys, and its papercraft look loans it even more charm on top of its funny premise. I DO feel bad for the dog’s owner, though. 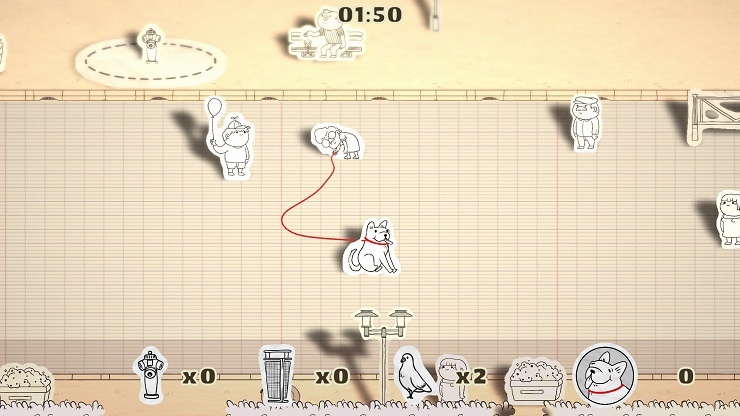