Check out the throwback picture: 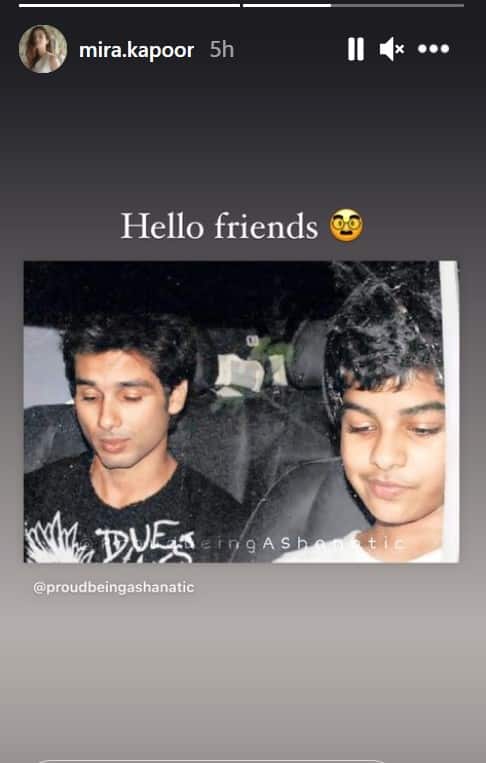 Shahid Kapoor’s beloved wife Mira Rajput shares a great camaraderie with her brother-in-law Ishaan Khatter. The duo is often seen sharing appreciation posts for each other on their respective social media posts.

Mira, is an avid social media user and has a huge fanbase and so in order to keep them updated about her personal life, she often treats them with some interesting tidbits. Not only that, Mira often shares fun posts related to hubby Shahid and the duo is seen sharing their cute banter over social media.

Their chemistry is extremely loved by their fans and they always manage to grab all the limelight. Shahid and Mira got married on July 7, 2015. They are now doting the parents of two kids – Misha and Zain.

On the workfront, Ishaan was last seen in Ananya Panday-starrer ‘Khaali Peeli’. He will be next seen in ‘Phone Booth’ alongside Katrina Kaif and Siddhant Chaturvedi.

While on the other hand, Shahid has completed shooting for his upcoming project ‘Jersey’ alongside his father Pankaj Kapur. The film also stars Pankaj Tripathi, and Mrunal Thakur in lead roles.