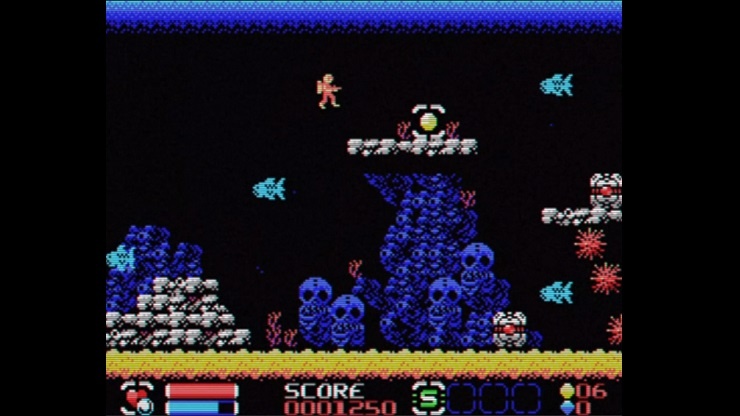 Mutants from the Deep has you fighting nasty fish as you work your way through the oceans. Keep an eye on that air supply on the way, too.

Sometimes you’re out to see what’s wrong with a pipeline. Sometimes you’re out to protect your fellow mermaids. It’s up to you how you want to approach these dangerous waters, but there’s some benefits to both characters. The diver has a bit more health, so if you’re clumsy, you can take a good beating from the fish before you’re taken down. If you find that you’re not good at keeping an eye on your air supply, though, the mermaid is capable of staying underwater for far longer (which is handy when you’re fighting in the ocean, right?). Plus, they both have different stories, so you get a bit more than just a new play style for your character choice. 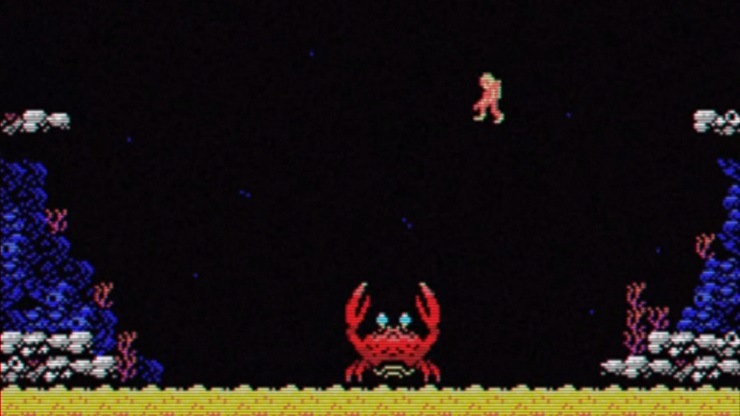 Once you figure out how you want to approach the journey, you’ll have to set out to fight your way through the ocean. You’re going to want to be careful no matter who you choose to play as, though. Yeah, you can find an array of handy weapons to fight off the fish, but you can’t ever be careless as you play. You get a single health bar to play through the entire game, so if you waste a few hits by getting greedy, you’ll pay for it eventually.

Mutants from the Deep is a tense shmup that asks you to get skilled if you want to see either of its stories all the way through. Like most of Locomalito’s work, though, it’s pretty rewarding if you can meet the challenge.

Mutants from the Deep is available now from the developer’s site.