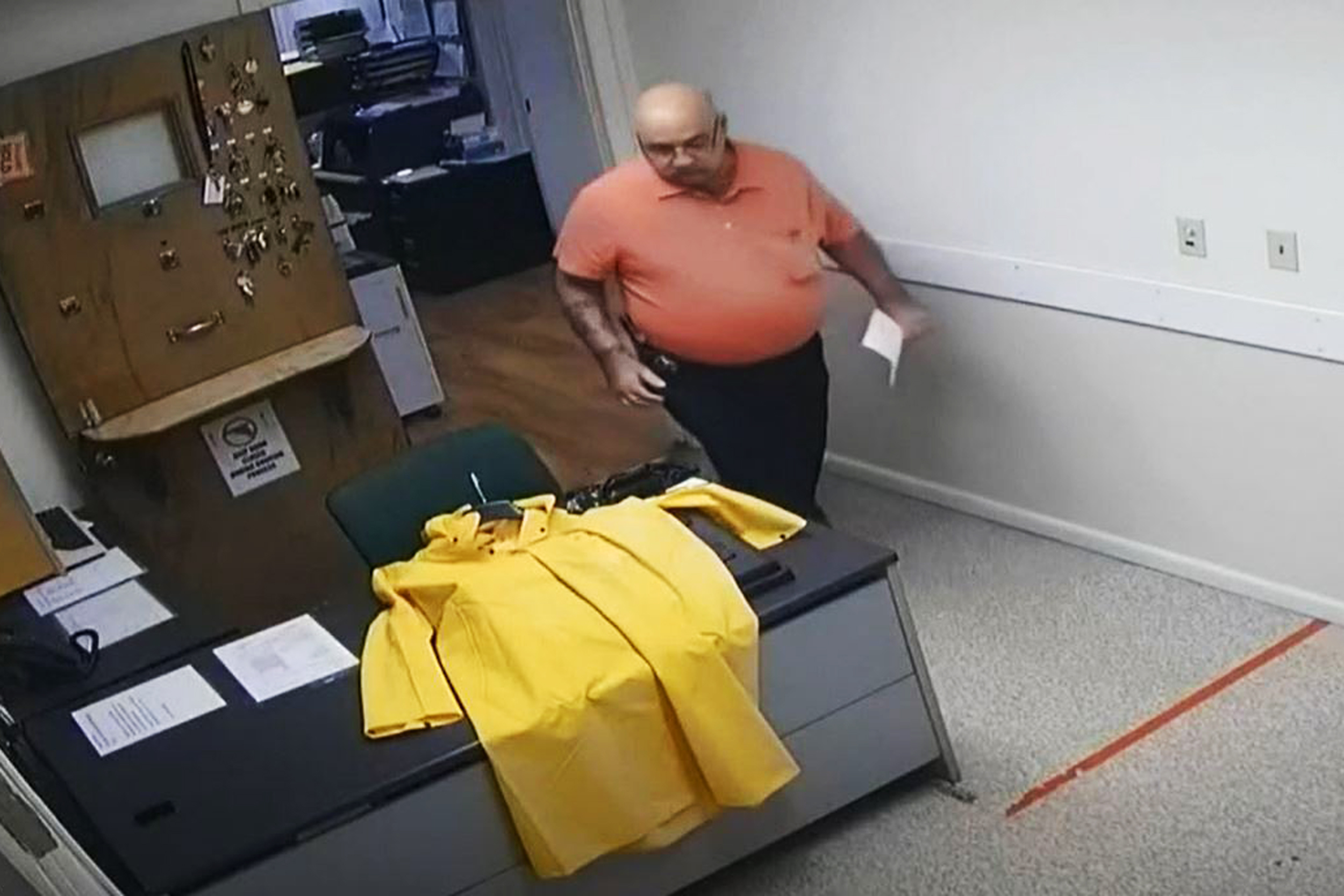 Surveillance video from the Sheffield Lake Police Department in Ohio shows the longtime chief printing a note reading “Ku Klux Klan” and placing it on a Black officer’s raincoat, according to the city’s mayor.

Sheffield Lake Mayor Dennis Bring said he was made aware of the incident, which occurred last week, by the police union. Chief Anthony Campo was immediately placed on administrative leave pending a review of the video, Bring told NBC affiliate WKYC of Cleveland.

“I said, ‘I don’t want to even hear about it,” Bring said, describing his conversation with Campo. “I said, ‘You’ve already have admitted to it.’ And I said, ‘You’ve got 10 minutes to get out of this office.’ I said, ‘I want your keys, badge and that’s it. Get out.’ “

Bring said he also met with the officer following the incident to apologize for Campo’s actions.

“It took us 10 minutes to even talk to each other because we were both very emotional,” he said. “And I apologized to him. We talked about the situation and he told me a little bit more. I was just flabbergasted. There’s no one word to explain how disgusting this is.”

The footage, which was obtained by the news station, captured Campo standing at the department’s copier and placing the klan printout on the coat. The KKK was a secretive society organized in the South after the Civil War to assert white supremacy, often using violence.

Campo told WKYC in a phone interview that he retired shortly after being placed on leave. He added that what was meant to be part of an off-color joke is being “overblown” and he has great respect for the officer, whom he hired, according to the news station.

NBC News’ efforts to reach Campo and the police union on Saturday were unsuccessful.

Officials in Sheffield Lake, a city about 25 miles west of Cleveland, have not released the name of the officer involved. According to Bring, the officer is declining to speak and has retained a lawyer for possible action.

Nicole Acevedo is a reporter for NBC News Digital. She reports, writes and produces stories for NBC Latino and NBCNews.com.