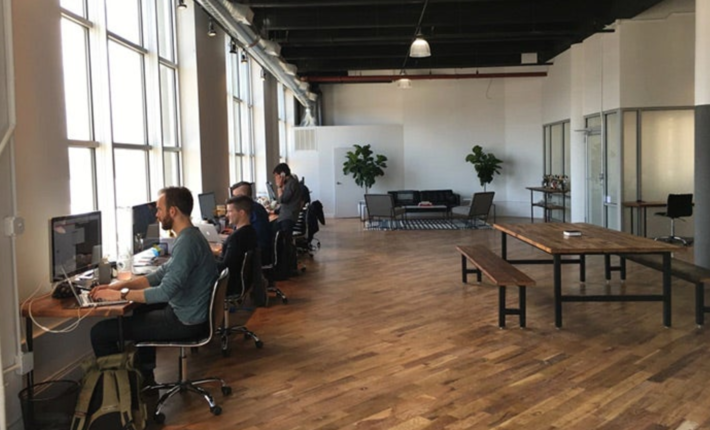 As a machine learning professional, I have worked for several startups ranging from zero to 600 employees, as well as companies such as eBay, Wells Fargo, Visa and Microsoft. Here I share my experience. A brief summary can be found in my conclusions, at the bottom of this article.

It is not easy to define what a startup is. The first one I worked for was NBCi, a spinoff of CNET, and had 600 employees almost on day one, and nearly half a billion dollars in funding, from GE. The pay was not great especially for San Francisco, I had stock options but the company went the way many startups go: it was shut down after two years when the Internet bubble popped, so I was able to only cash one year worth of salary from my stock options. Still not bad, but a far cry from what most people imagine. I was essentially the only statistician in the company, though they had a big IT team, with many data engineers, and were collecting a lot of data. I quickly learned that my best allies were in the IT department, and I was the bridge between the IT and the marketing department. I was probably the only “neutral” employee who could talk to both departments, as they were at war against each other (my boss was the lead of the marketing department). I also interacted a lot with the sales, product, and finance teams, and executives. I really liked that situation though, and the fact that there was a large turnover, allowing me to work with many new people (thus new connections and friends) on a regular basis, and on many original projects. The drawback: I was the only statistician. It was not an issue for me.

When people think about startups, many think about a company starting from scratch, with 20 employees, and funded with VC money. I also experienced that situation, and again, I was the only statistician (actually chief scientist and co-founder) though we also had a strong IT team. It lasted a few years until the 2008 crash, I had a great salary, and great stock options that never materialized. But they eventually bought one of my patents. I was hired as co-founder because I was (back then) the top expert in my field: click fraud detection, and scoring Internet traffic for advertisers and publishers. Again, I was the only machine learning guy, and not involved with live databases other than to set the rules and analyze the data. And to conceptually design the dashboard platform for our customers. I was interacting with various people from various small teams, occasionally even with clients, and prototyping solutions and working on proofs of concept – some helped us win a few large customers. I was in all the big meetings involving large, new clients, sometimes flying to the client’s location. This is one of the benefits of working as a sole data scientist. Another one, especially if you have specialized, hard-to-find skills (earned by running small businesses on the side), is that I worked remotely, from home.

Yet another startup, the last one I co-founded, structured as a S-corp, had zero employee, no payroll, no funding, no CEO, and no office or headquarter (the official address, needed for tax purposes, was listed as my home address). It had no home-made Internet platform or database: this was inexpensively outsourced. We were working with people in different countries, our IT team (a one-man operation) was in Eastern Europe. This is the one that was acquired recently by a tech publisher, and my most successful exit. It still continues to grow very nicely today, despite (or thanks to) Covid. It started bare-bone unlike the other ones, making its survival more likely to happen, with 50% profit margins. However, people working with us were well paid, offered a lot of flexibility, and of course everyone was always working from home. We only met face-to-face when visiting a client. No stock options were ever issued; I made money in a different way. I was interacting mostly with sales, and also contributing content and automatically growing our membership using proprietary techniques of my own, that outsmarted all the competitors.

As for the big companies I worked for, I will say this. At Wells Fargo, I was part of a small group (about 100 people) with open office, relatively low hierarchy, and all the feelings of working for a startup. I was told that this was a special Wells Fargo experiment that the company reluctantly tried, in order to hire a different type of talent. It is unusual to be in such a working environment at Wells Fargo. To the contrary, Visa looked more like a big corporation, with many machine learning people each working on very specialized tasks, and a heavier hierarchy. Still I loved the place, and it really helped grow my career. The data sets were quite big, which pleased me. One of the benefits of working for such a company is the career opportunities that it provides. Finally, it is possible to work for a startup within a big company, in what is called a corporate startup. My first example, NBCi, illustrates this concept; in the end I was indirectly working for GE or NBC and even met with the GE auditing team and their six-sigma philosophy. Many of the folks they brought to the company were actually GE and NBC internal employees.

Finding a job at a startup may be easier than applying for positions at big companies. If you have solid expertise, the salary might even be better. Stock options could prove to be elusive. The job is usually more flexible and requires creativity; you might be the only machine learning employee in the company, interacting with various teams and even with clients. Projects can potentially be more varied and interesting, and the environment is usually fast-paced. Working from home is usually an option. You may report directly to the CEO; the hierarchy is typically less heavy. It requires adaptation and may not be a good fit for everyone. You can also work for a startup within a big corporation: it is called a corporate startup.  Working for a big company may be a better move for your career, especially if your plan is to work for big companies in the future. Of course, startups also try to attract talent from big companies.

To receive a weekly digest of our new articles, subscribe to our newsletter, here.