SBS’s “The Penthouse 3” has shared a sneak peek of a tense encounter between Kim So Yeon, Uhm Ki Joon, and Yoon Jong Hoon from its upcoming episode!

On the previous episode of “The Penthouse 3,” Cheon Seo Jin (played by Kim So Yeon) embarked on her quest to take revenge on Joo Dan Te (Uhm Ki Joon) for everything he’d done to her. After catching him off guard by storming into a Cheong Ah Group shareholders’ meeting unannounced, she pretended in front of the press that they were still happily married.

Later, Cheon Seo Jin revealed she had proof that Joo Dan Te had been at the scene of Logan Lee (Park Eun Suk)’s murder, forcing him to comply with her demands. After signing a contract in which they agreed to fake a normal marriage for business purposes, Cheon Seo Jin moved in with Joo Dan Te at Hera Palace.

Meanwhile, Ha Yoon Cheol (Yoon Jong Hoon) sought out the men of the Hera Palace Club and pleaded to be let back in. With a chilling look in his eye, Ha Yoon Cheol declared, “I’ve decided that from now on, I’m going to be a true scumbag among scumbags.” He then managed to convince Joo Dan Te of his loyalty by saying, “Revenge is only possible when you have power, money, and connections. Right now, I just want to survive.”

In newly released stills from the drama’s upcoming episode, Joo Dan Te makes use of his new power over Ha Yoon Cheol by calling him to his and Cheon Seo Jin’s home on the 85th floor of Hera Palace. Immediately upon his arrival, Joo Dan Te taunts Ha Yoon Cheol with his status as the current husband of Cheon Seo Jin, Ha Yoon Cheol’s ex-wife. Deliberately placing a hand on her shoulder and faking a display of affection, he wears a smile of smug satisfaction as he gazes at the former doctor.

Meanwhile, Ha Yoon Cheol helplessly gazes back at the couple with a hollow look in his eyes, and Cheon Seo Jin looks furious at the unexpected arrival of her former husband. The palpable awkwardness of the situation raises the question of why Joo Dan Te has invited Ha Yoon Cheol to their home—and why Ha Yoon Cheol is suddenly acting so differently towards the real estate tycoon. 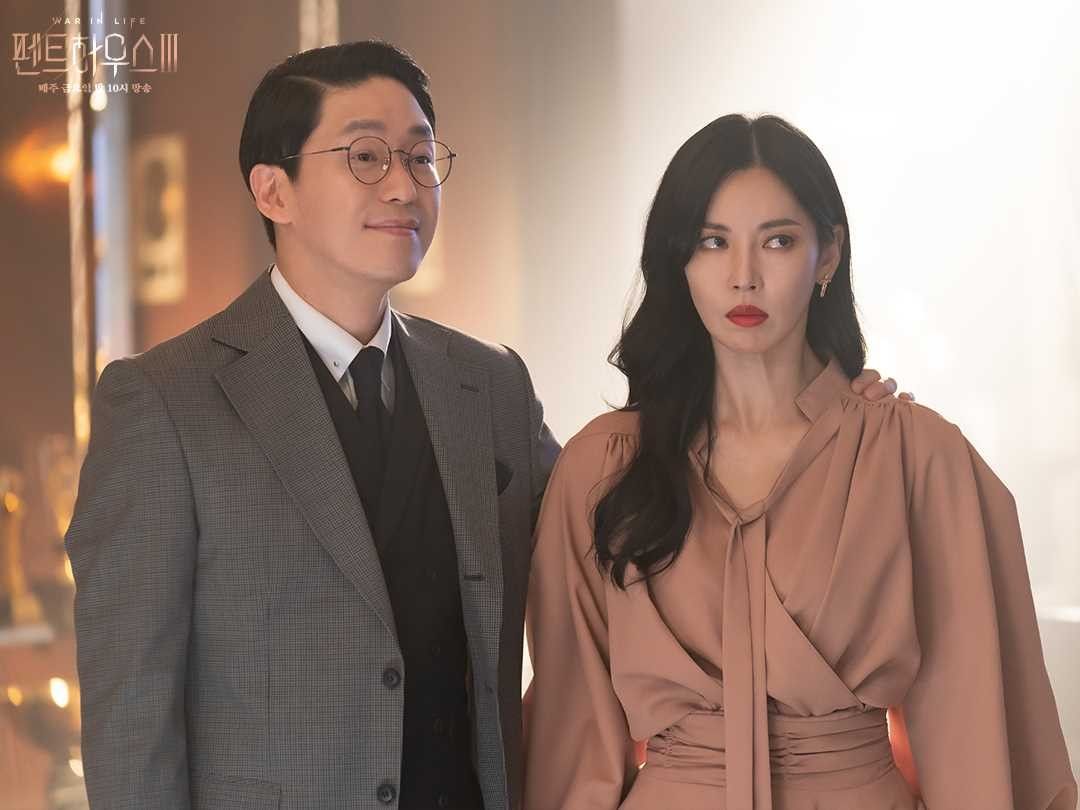 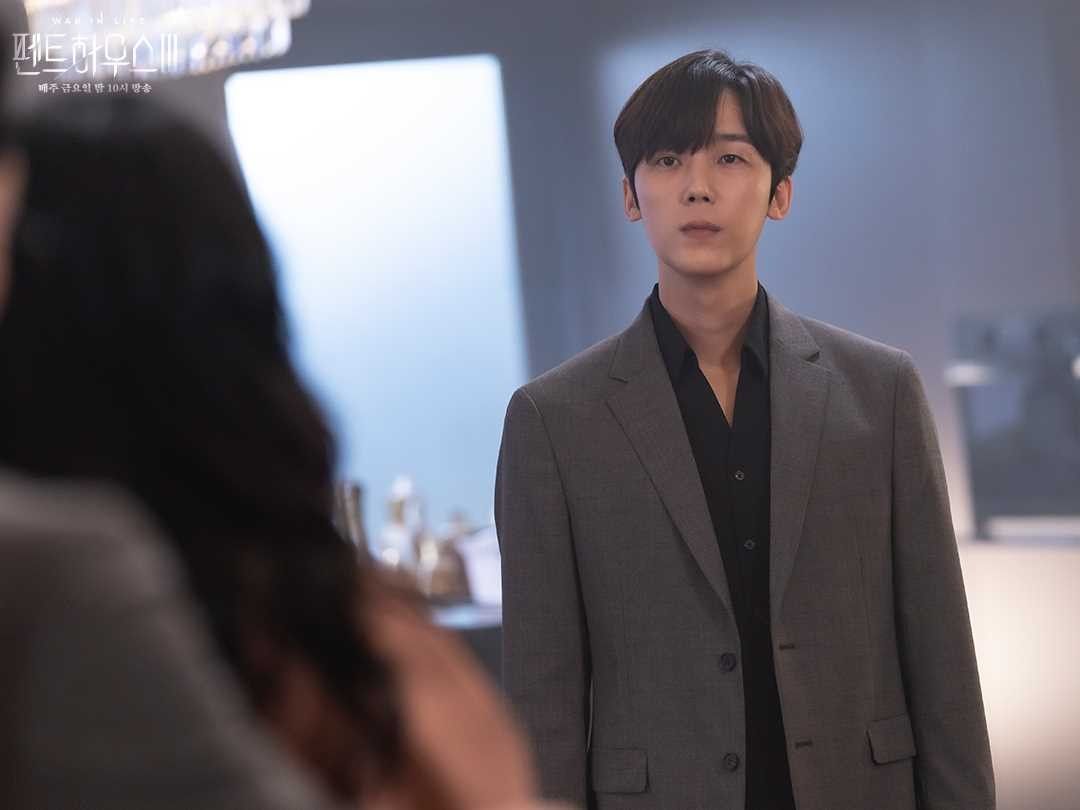 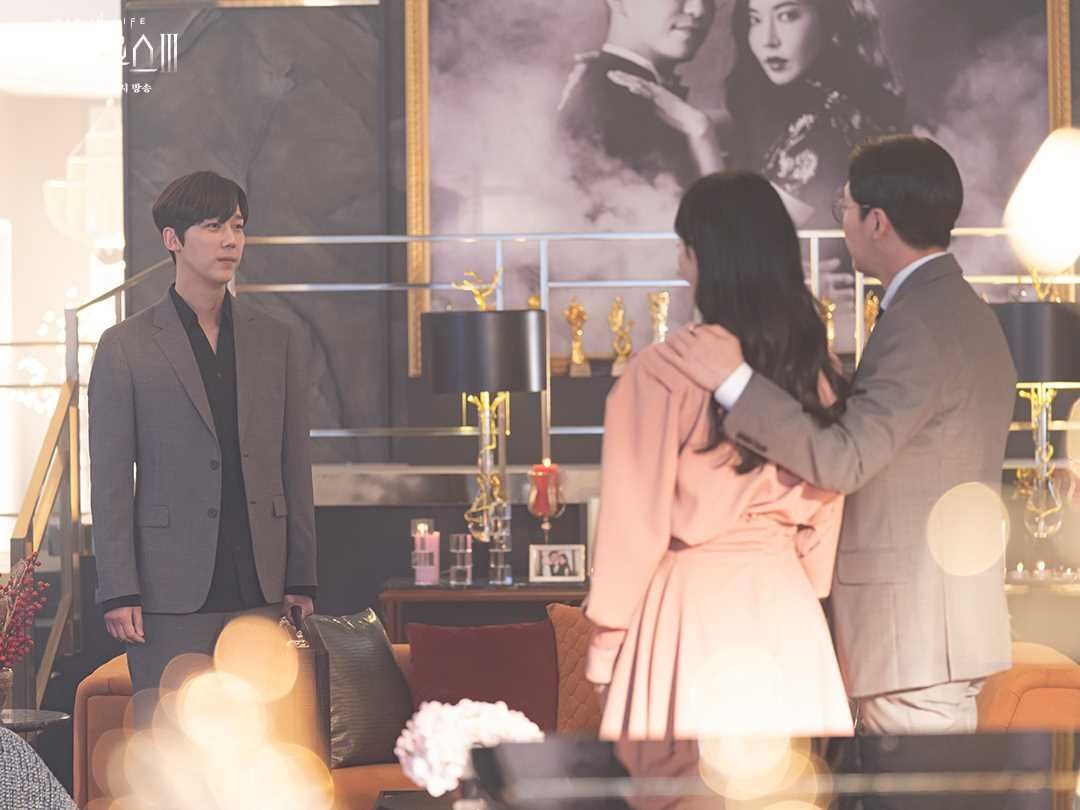 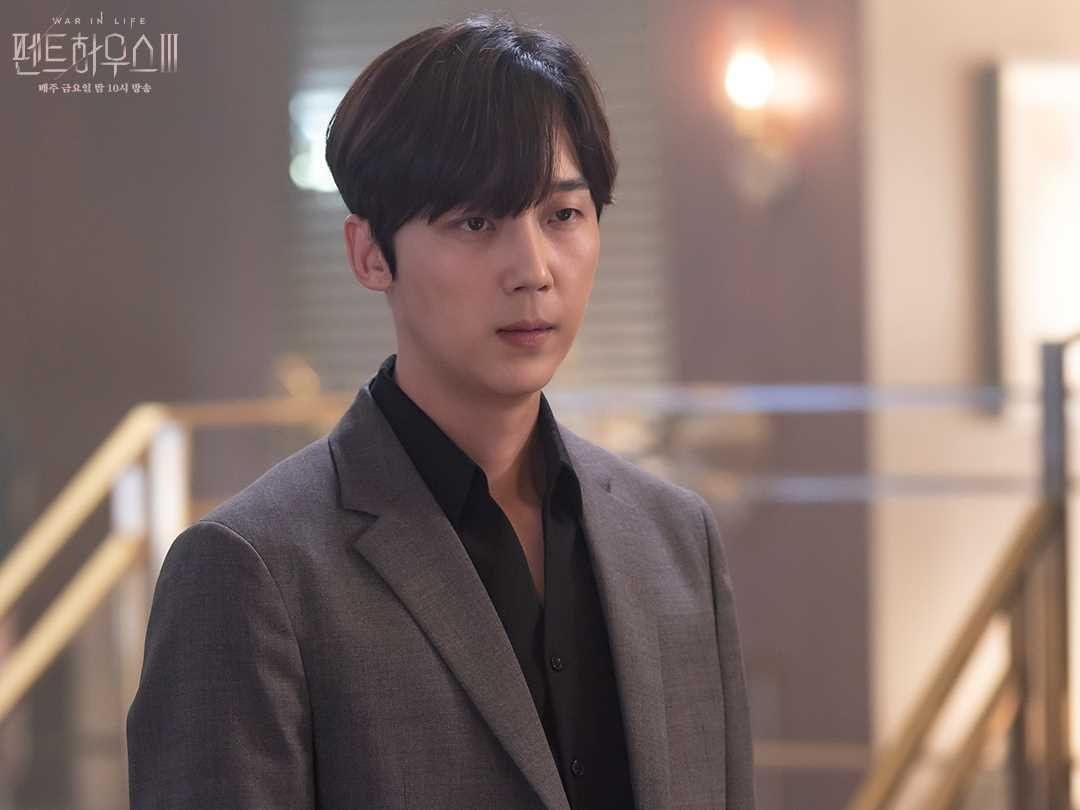 The producers of “The Penthouse 3” praised the acting of all three stars, remarking, “Kim So Yeon, Uhm Ki Joon, and Yoon Jong Hoon are charming actors who can be both warm and cold at the same time.”

They went on, “Please keep an eye on what will result from the entangled relationships between Joo Dan Te, who remains unstoppable; Cheon Seo Jin, who is determined to take back the things that belonged to her; and Ha Yoon Cheol, whose inner motivations are impossible to read.”

In the meantime, catch up on the first two episodes of the season with subtitles below!