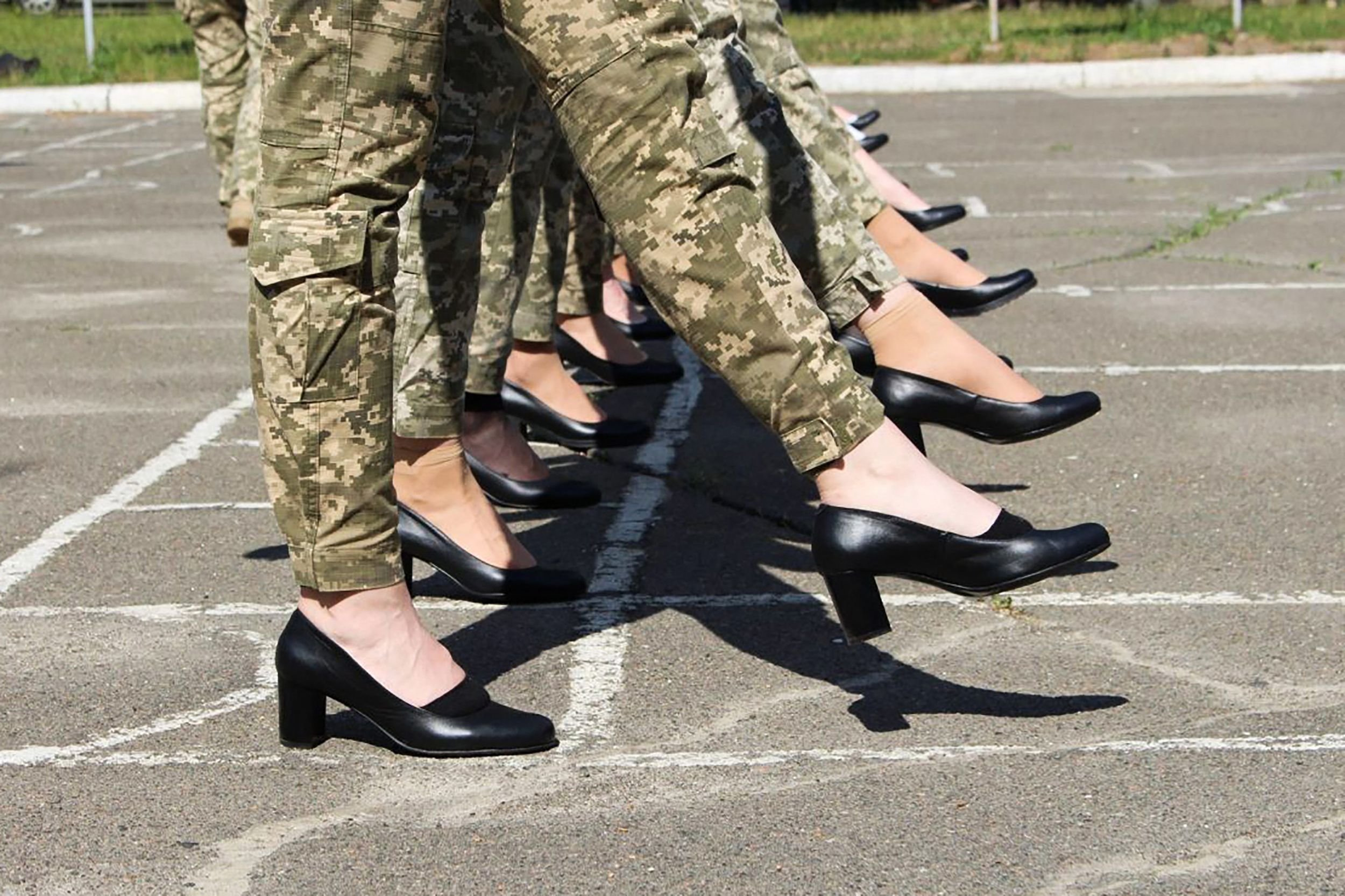 Ukraine‘s defense ministry has been heavily criticized over plans for female cadets to march in high heels at a parade celebrating the country’s independence next month.

Photos published by the ministry on Facebook Thursday showed the women from the Military Institute at the Taras Shevchenko National University in the country’s capital, Kyiv, marching in the shoes, along with camouflage pants, shirts and hats.

The cadets have been practicing twice daily, for an average of four hours a day, the ministry said in a post alongside the pictures. The Aug. 24 parade in Kyiv will mark the 30th anniversary of the country’s independence.

The images were met with outrage online, with some commenters questioning the choice of footwear and calling it “torture.”

Elena Kondratyuk, the vice speaker of the Ukrainian parliament, known as the Verkhovna Rada, called the pictures “ferocious trash” in a Facebook post.

Citing the country’s constitution which guarantees equality between men and women, she also called for Defense Minister Andriy Taran to conduct an investigation.

Opposition lawmaker Iryna Gerashchenko also called it “humiliation” for women in the Ukrainian army, in a statement posted on Facebook. She added that she originally thought the idea was a hoax.

“The contribution of Ukrainian women to the country’s defense capabilities is invaluable,” she said, adding that she was preparing an inquiry on the matter for President Volodymyr Zelensky, who also serves as Commander-in-Chief of the country’s military, with other female parliamentarians.

The defense ministry said earlier this year that 31,757 women were serving in the country’s armed forces — more than 15 percent of the total number.

The country has been embroiled in a six-year conflict with Russian-backed separatists in the east, which has claimed at least 13,000 lives, with women involved in active duty.

In another Facebook post following the outrage on Friday, the defense ministry said the heels were part of the official parade uniform. It also shared photos of female soldiers in other countries marching in parades while wearing heels.

Taran visited the female cadets featured in the photos to have a discussion about parade uniforms on Saturday, the ministry said in a press release on its website.

It said he had ordered an inquiry into whether an “experimental shoe model,” that’s more ergonomic and improved, can be developed for next month’s parade. Should the new shoe design be successful, it could be implemented for all female troops, he said.

Yuliya Talmazan is a London-based journalist.