It is no secret that Team India captain Virat Kohli is a fitness freak. Kohli is one of the fittest cricketers in the world – agile in the field and full of stamina while batting in the middle.

The desire to stay fit rubs off on Kohli’s Bollywood star wife Anushka Sharma as well. Anushka has been juggling her duties as a new mother to daughter Vamika while accompanying Kohli on the tour to United Kingdom. Anushka with daughter Vamika are currently staying at the Hilton at Ageas Bowl in Southampton with Kohli.

Kohli will be leading Indian side out for the inaugural World Test Championship Final against New Zealand, which gets underway on Friday. Anushka, meanwhile, posted a story on Instagram and captioned it: ‘Stealing workout’ with a bicep, a butterfly and a mother-daughter icon. She was seen sporting a black t-shirt and a facemask can be seen hanging from her ear. 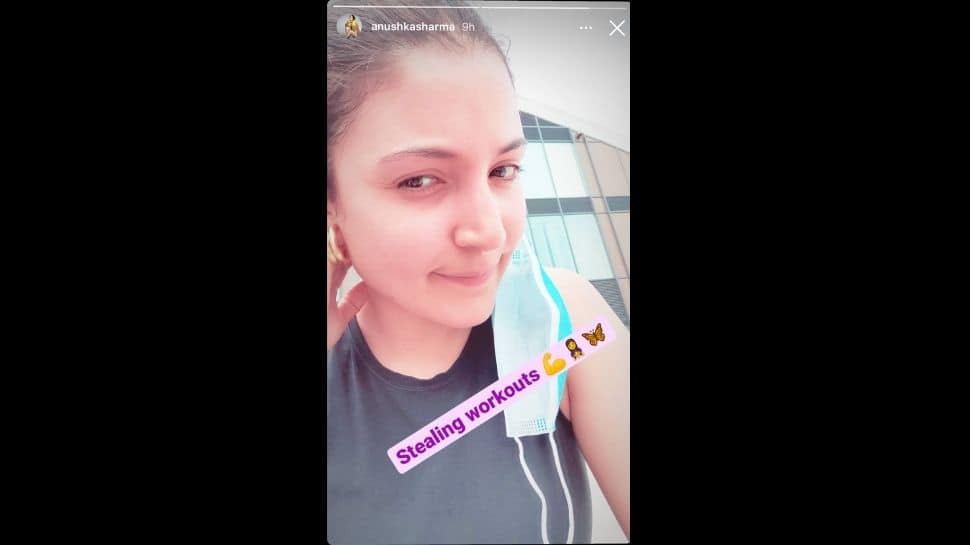 When Anushka was quarantining at the Ageas Bowl, Southampton, she treated her fans to a super cute picture of herself with an amazing view of the stadium and wrote: “Don’t bring work home isn’t going to be applicable for Virat for sometime. #QuarantineAtTheStadium.”

In a recent interview with a cricket website, former selector MSK Prasad remarked that the selectors were unnecessarily dragged into the issue of serving tea to Anushka Sharma during the 2019 50-over World Cup.

“No one applauded the selectors when Team India defeated Australia in a Test series at home in the absence of star players. It makes no difference to us. Because the team’s management recognized and valued our efforts. This is acceptable to us. Whatever the outsiders say, the team members are aware of the work we have completed. This is something that Team India’s bowling coach Bharat Arun and Paras Mhambrey are well aware of,” Prasad explained.