It was incredible scene at WWE’s first pay-per-view event post WrestleMania 37, the WrestleMania Backlash, as veteran wrestler Rey Mysterio created history. The superstar, who is fondly remembered for his high-flying reflexes, along with his son Dominik Mysterio went on to overhaul the Dirty Dawgs, comprising Robert Roode and Dolph Ziggler, to become the first father-son Tag Team Champions.

The contest kicked-off with Rey standing alone against the duo as the Dirty Dawgs played foul and attacked Dominik prior to the match.

However, Dominik showed up towards the end of the contest and went on to pin Roode to secure his first championship in WWE.

WWE celebrated the moment by sharing a picture of young Dominik gracing his father, who held a championship belt in his hand, along with the latest picture of the two celebrating their SmackDown Tag Team Titles.

Meanwhile, several other superstars also joined the celebrations and congratulated the new Tag Team Championships. Here are a few reactions:

Congrats @reymysterio and @DomMysterio35! Both such good people. Can’t wait to watch Dom learn the ropes with his dad as tag team champions! So cool. #WWEBacklash pic.twitter.com/e1a1IfntDY

Congrats to @reymysterio and @DomMysterio35 -first father and son team to win tag titles! My wife’s favorite wrestler is 619, I’m still mad at him for retiring me. https://t.co/Ey8AmVH48t 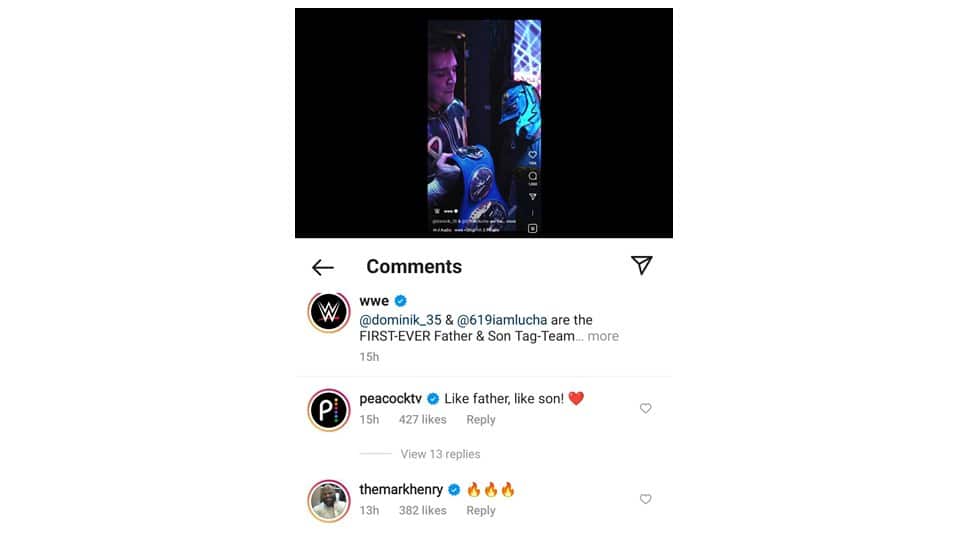 Bianca Belair made sure she held onto her WWE SmackDown Championship as she defeated her opponet Bayley via pinfall after a action packed match, which saw the champion dictate most part of the match.

Damian Priest defeats The Miz via pinfall in Lumberjack Match